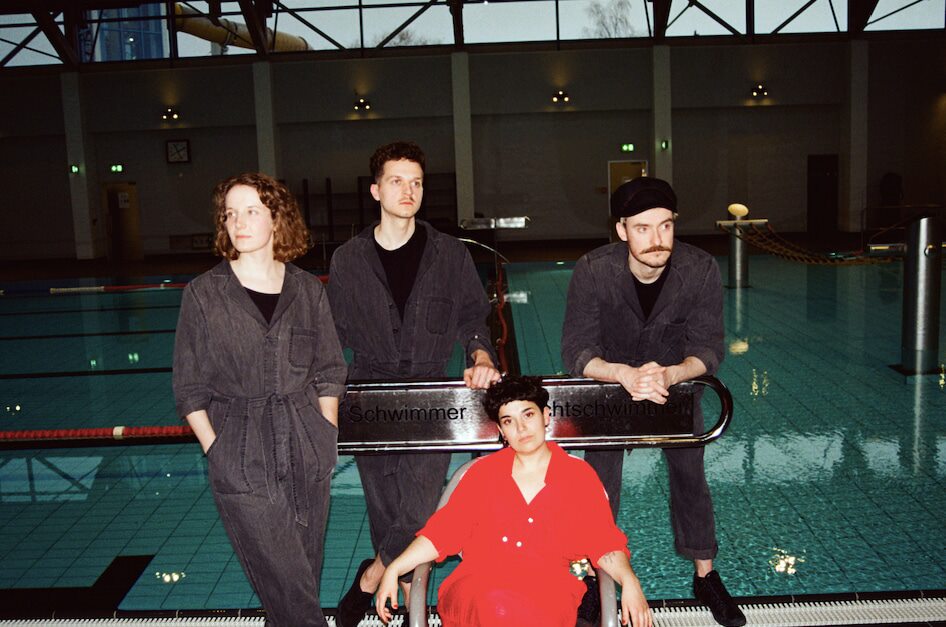 For folks of my generation who grew up in the digital age, the boundaries between the personal and the public have blurred to such an extent as to be nearly nonexistent. The heightened tension between a person’s introspective inner self and persona-building, image-focused exterior has engendered a unique process of self-discovery. This new individualism has brought with it a sweeping renaissance of vocal-fronted projects, whereby talented young artists merge their extraordinary singing gifts with reflective subject matter to create music that is affecting and intensely personal.

Nuremberg’s Elena Steri is one such artist erasing the boundaries of the personal and public through the fragile yet capacious power of her voice and storytelling. Steri released her debut indie pop EP Chaotic Energy on July 2 of this year via Berlin-based label Listenrecords. The album is a compact, 23-minute package where Steri sings of maturation, whisking the listener away on a coming-of-age story backed by fluid instrumental arrangements that rise and fall with the sloping curves of her acrobatic, intimate vocals.

We are honored to premiere the music video for the EP’s closing number, “Puzzleboom”. Much of the track is a solo showcase for Steri’s mesmerizing vocals, which flow in a stream-of-consciousness manner over sparse percussion, except for an explosive instrumental climax that erupts with a minute or so left in the track. The video itself alternates between shots of Steri and a four year-old actress playing her younger self exploring a public pool. It is well-produced and incredibly cinematic, and a shot of Steri diving from great heights into the pool ushers in the instrumental climax with drama and panache.

Steri and her team chose this location to underscore the track’s theme of feeling unheard and unacknowledged by the outside world. I defer to Steri’s own succinct explanation: ‘You can try as much as you want to speak up for your needs, but it just feels like you’re talking underwater.‘ On the strength of her captivating voice and the personal depth of her songwriting, I strongly recommend viewing the video for “Puzzleboom” and checking out the rest of Chaotic Energy, keeping an eye out for this precocious talent’s future work.

If you like what you hear (and I’ll bet confidently you will), you can keep up to date with Elena Steri on her Facebook and website. You can find her music on your service of choice, including Bandcamp and Soundcloud.