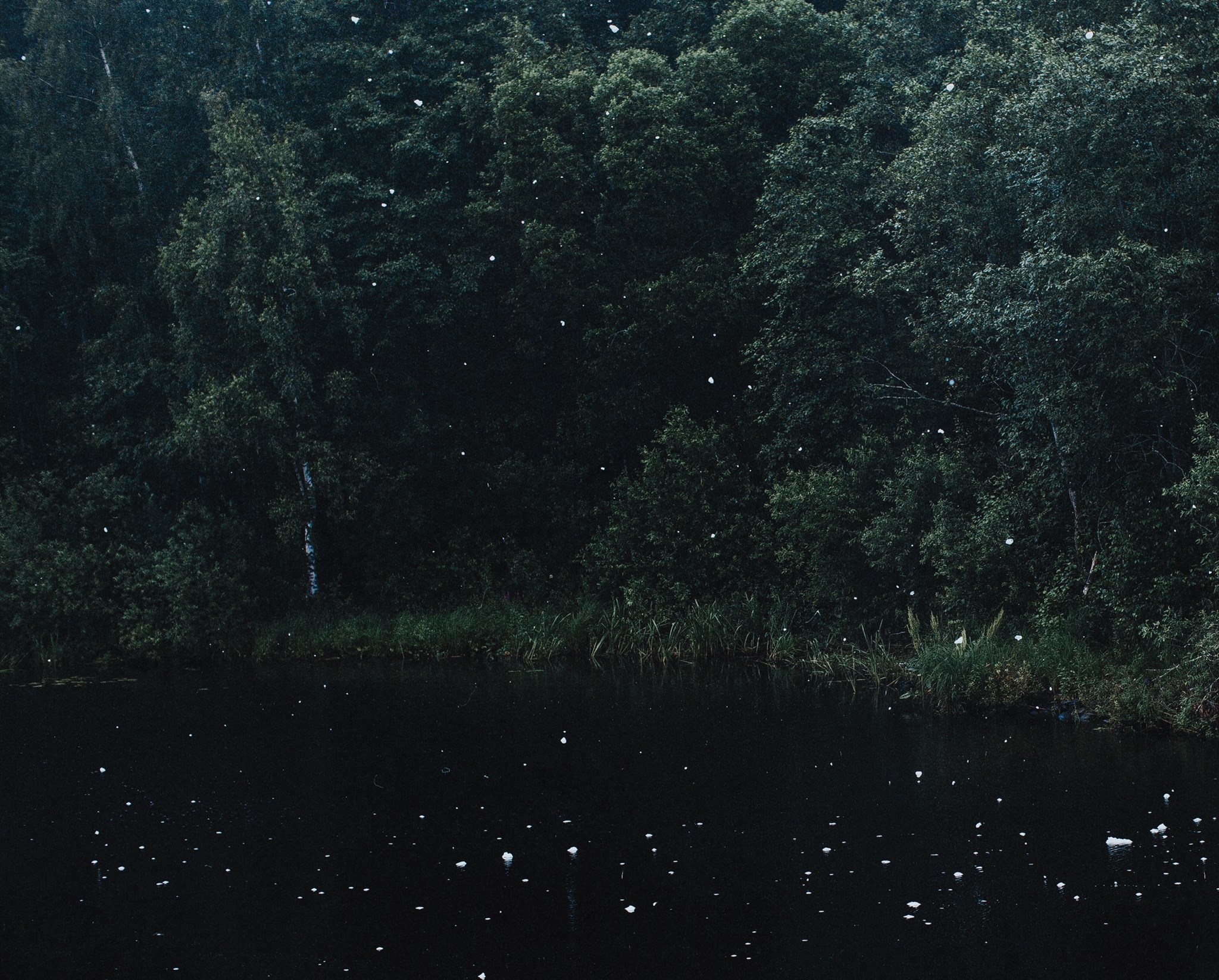 Holy Fawn Talk About Their Writing Process, New Album, And Its Conception

Holy Fawn is an Arizona-based shoegaze group that threw its magnum opus DEATH SPELLS onto the scene, showcasing their amniotic, tranquil combination of vocals drowned in reverb, soft instrumentation with a superior sense of dynamic, and crushing, noisy doomgaze-styled sections and ambient drones. Three years after their debut album REALMS, the project entered the studio as a full band for the first time; DEATH SPELLS has seen a lot of changes through its two year-long conception.

EIN: What drove you to make music?

HF: I think it was important for me, even at a young age, to have an avenue to vent these emotions. Sometimes you can feel paralyzed or even suffocated by that complexity or intensity of sadness or hurt and having a way to convey that into a slightly more tangible form helped me a lot. Sometimes it can help you process what you’re enduring a little more.

EIN: What does your name mean? Is it insider knowledge or a reference?

HF: I don’t really feel like I put too much weight into band names, especially these days. I really just envisioned a moniker to help capture the atmosphere of our first EP Realms. To me though, Holy Fawn is meant to represent the sacredness of nature and the presence of psychic connections/extradimensional realms outside of us and within us.

EIN: Your music relies on atmosphere, layering of sound, and I would say a slightly psychedelic edge. How do you envision this? Do you just pick up an instrument and start blasting or is it a slow process?

HF: Each song is a little different in its process. Often times, it starts off as a loop and I kind of begin writing melodies or structure to it. Sometimes I just sit down, press record, and it blooms on its own. There’s also songs that I take long breaks from too. “Foal” was a song that I started years prior to the band even forming. I just wasn’t in the right place to finish it I suppose.

I read this book a while ago and the guy that wrote it was basically saying that these muses kind of reach through the void and kind of touch you and that’s where these sudden sparks of ultimate creativity/momentum come from but you always have to be working so that when that happens, you’re in a place to receive it. Probably seems a bit out there, but I think there’s something to it, at least to take with a grain of salt. That’s why I’m always working and writing. Now the band is a bit more collaborative. I’ll usually come up with an idea/skeleton and demo it to some extent just to have some structure and when we bring it to practice or the studio, everyone kind of gets to add their creative element to it.

EIN: What was your inspiration to play this style of music?

HF: I’m not sure really. It’s just what makes sense in my head. I think my struggles with mental health kind of just have me gravitate towards more gloomy atmospheric sounds or loud heavy parts just as an emotional release. I’ve always been fascinated with death and nature and I just feel like this sound is my representation of both of those things.

EIN: How do you come up with your lyrics? What artists inspire you? What are your favorite stories? What do you want to express or say?

HF: A lot of my lyrics are inspired by dreams I’ve had or just moments when I’m alone outside. Hearing noises. The spirit world.  I usually always have my notebook on me so if something comes into my head I can remember to write it down. Even if it’s one line/word. Sometimes it’s just a drawing. I usually like to build off that thought or feeling but sometimes it all pours out. I kind of like to use my voice more as an instrument and drown the vocals in the mix. I’m a big fan of Diiv and Sigur Rós and I love how buried their vocals are a lot of the time. I grew up listening to a lot of Bright Eyes and Elliott Smith, I wouldn’t say I’m particularly inspired by their lyrics with this project but they were always some of my favorite story tellers. I’m not sure if I’m trying to express one message in particular, these songs are always just going to be an extension of myself, my emotional place or struggles, and just my desire to kind of understand myself a bit more I think?

EIN: Many people in our magazine have loved your new record. You said it took two years to make, so how can we imagine the process behind this record? What happened in those two years?

HF: We’re truly grateful for that too, the reception has been far beyond what we were expecting and it’s been a pretty surreal experience. We recorded “DEATH SPELLS” ourselves, multiple times to be honest. I was writing and demoing a lot of songs at home; there’s probably 10-11 songs that didn’t make the cut for one reason or another. I think it took a long time because there was a lot of adjusting parts, re-recording instruments because we got better mics/preamps/new pedals/etc and there was just a lot of emotional/mental turbulence with the mixing.

I’ve always done all my own recording/mixing/etc, but for this album it became a lot more collaborative. I had to give up a good portion of control cause Evan and Austin were engineering almost all of the record and I took more of a production role kind of letting them know what we needed to adjust to have it sound like it did in my head. In the end, despite how difficult it was for me to get over those neurotic hurdles, we’re all happy with the result. We grew a lot as a band, got to know how each other a lot more as musicians and friends. We learned how to operate better as a unit.

HF: I think our favorite tour experience was with our friends in This Patch of Sky this last February. It was our first longer run of dates and they made us feel at home everywhere we went and helped us make a lot of the connections we have today. On top of hearing the beautiful music they create every night, they also happen to be some of the nicest and most genuine people you’ll meet

From this interview, I could take away how much the band matured over the course of only one album, and how their initial idea became a grand vision.