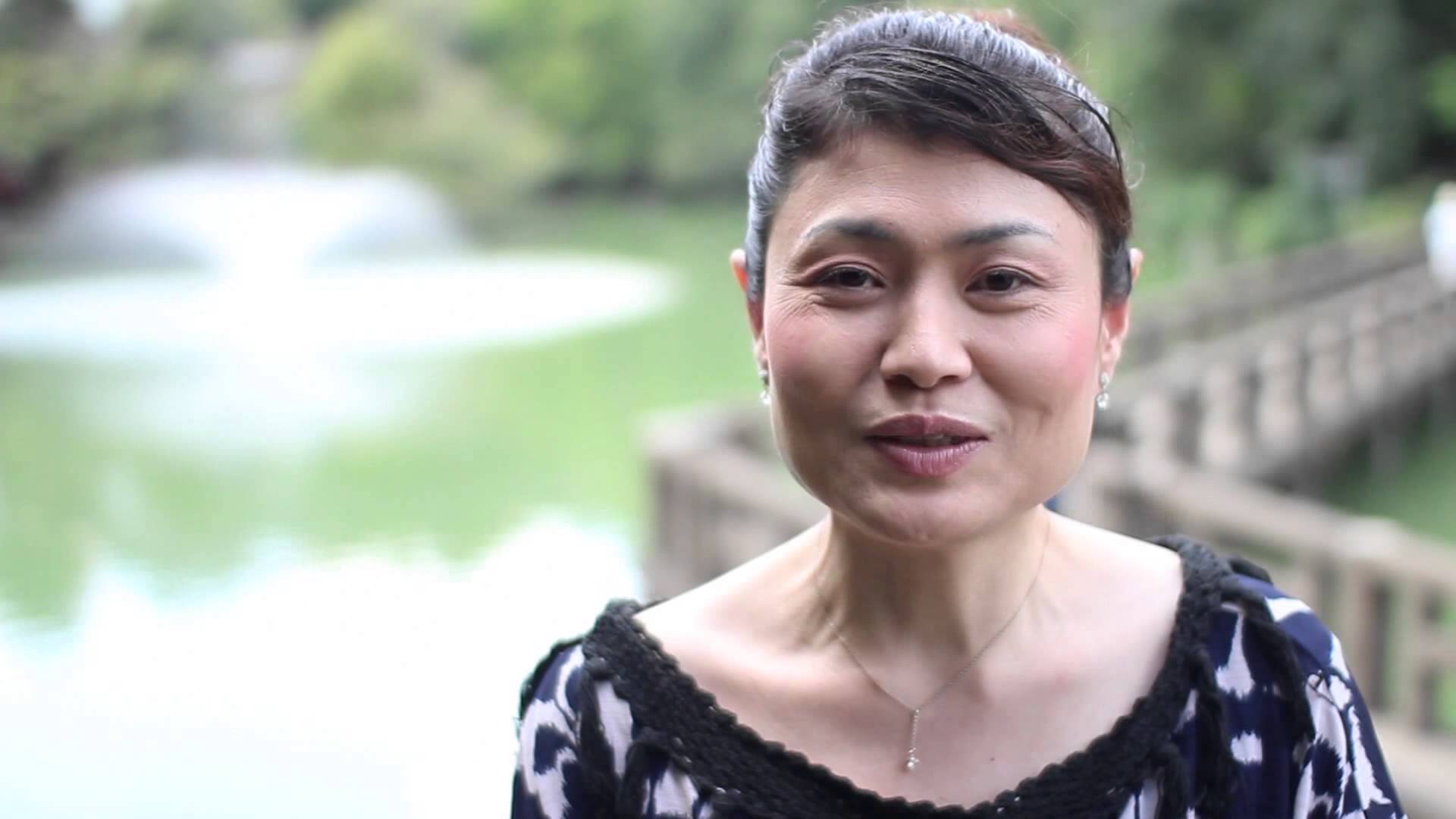 By David RodriguezOctober 31, 2018 No Comments

Welcome back to Sound Test, where we delve into exceptional video game soundtracks and how they enhance the experiences of the games they appear in! Since it’s Halloween, I figured I’d make this one a little spooky and talk about someone that I’ve had in mind since conceptualizing this feature: Japanese composer Michiru Yamane. A highly celebrated and accomplished composer for nearly 30 years, she’s largely attributed to her relationship with Japanese game developer Konami. We’ll dive a little into her career from humble beginnings there, to her recent freelance work for indie titles, all spanning the spectrum of musical tone, mood, and genre. She is most famous for working on the Castlevania series, but has other gems in her diverse repertoire as we’ll soon learn. Let’s get into it!

Yamane started making music in 1988 for Konami with her first gig as a composer on King’s Valley II for the MSX home computer systems. It was a cutesy 8-bit style puzzle platformer with an Egyptian theme, both visually and musically. Two songs from this game would actually be remade for Castlevania: Portrait of Ruin much later in 2006 which makes her initiation into composing quite a foreshadow into the future. From here, Yamane got pretty steady work, evolving along with the video game technology of the 90s. This is where she would start to show her great diversity in the art of composing, and see her ability to create music fitting of any project that was thrown at her.

We would hear Yamane on a number of games, including Rocket Knight Adventures, its sequel Sparkster, and even Contra: Hard Corps, but one of the most important games for her career was 1994’s Castlevania: Bloodlines for the Sega Genesis. As the only Castlevania game exclusive to the Genesis, Yamane had the monumental task of being the sole composer of the game’s music. The system’s synthesizer allowed for pretty unique sounds and music for games and it was always interesting to see what developers could pull of with it; Bloodlines was no exception.

The Castlevania series has always had a dramatic Gothic styling to it, visually and audibly. Creepy and catchy has always been the name of the game when it comes to the music. What Yamane achieved with Bloodlines was frightfully on brand, yet different. Synth renditions of colorful and arpeggiated organs, slapping drums, and more play with the limitations of the 16-bit system in ways not often seen.

The crowning jewel of her work here is probably “The Sinking Old Sanctuary”, a song so good, it also made its way into a couple other Castlevania songs in the future, albeit remixed (Circle of the Moon on the Game Boy Advance, and Legacy of Darkness on the Nintendo 64). It’s an epic track with clean, twinkling synths and simulated orchestral elements to give it some girth. No doubt a memorable track for so many people from this console generation.

Seven years later, in 1997, Yamane would return to the beloved Castlevania franchise to work on what many consider the best one in the series, and even one of the best games of all-time: Castlevania: Symphony of the Night. Releasing for the Sega Saturn and Sony’s original Playstation (later shortened to PSX), its open-world approach was fresh to the series, enabling the player character Alucard (yes, ‘Dracula’ spelled backwards, a reference throughout a ton of vampire/Dracula related media) to explore several parts of Dracula’s castle at will. This structure, along with this video game generation’s enhanced 32-bit tech, also enabled unprecedented freedom for Yamane in crafting the highly appreciated soundtrack for the game.

Through MIDI, live instrument recordings, and sampling, 32-bit music was the most detailed yet in the industry. Symphony of the Night‘s original soundtrack spans over 30 tracks, each one more memorable than the last. The eerie atmosphere of the “Dracula’s Castle” theme is very fitting for a player as they enter the eponymous location for the first time, with hallways lit by candelabras while inhabited by zombies and large, intimidating warg beasts. The most standout feature of this soundtrack was how much better the orchestral elements sounded. One only needs to listen to the foreboding and powerful “Tower of Mist”, the fanciful and epic “Dance of Gold”, or any of the three “Metamorphosis” tracks to see what I mean.

Later on, during your first boss fight as Alucard against demons Slogra and Gaibon (who first appear in Super Castlevania IV as minions to Dracula), you’re met with the backing track “Festival of Servants”. It’s a fast-paced burner with frenetic drumming and a squealing, distorted rock guitar. Castlevania music had often flirted with metal elements like heavy drums and neo-classical melodies, but it’s here that we see a bonafide marriage of the series’ Gothic aesthetic and metal music. There’s more metal-esque heavy guitar in tracks like “The Tragic Prince” and the “Prologue” theme if that’s what you crave.

“Wandering Ghosts” is a jazzy wonder and one of the best tracks in the game. It’s very upbeat, has great progression, and mixes in scrumptious horn stabs with a bluesy guitar lead that builds a melody catchier than anything I could think of. “Crystal Teardrops” is a cavernous bass and piano driven track that fits the waterlogged, shimmering caves in which it plays. “Waltz of Pearls” (often called “Dance of Pales” stateside due to a translation error) is an artsy track lead by strings and piano that wouldn’t feel out of place in a Victorian period piece film soundtrack.

All of the music is wonderfully varied, but still bound together by dark themes and what I can only refer to as ‘Yamane magic’. It all services the game’s diverse locales, stunning visuals, and the joy of exploring all of that your own way. I could easily talk about this soundtrack for an entire article, so I’ll close out simply by saying it’s worth listening to even if you’ve never played the game and have no interest to. Yamane would go on to become a principal composer for the Castlevania series, having a hand (if not being the only hand) in scoring the Aria of Sorrow, Lament of Innocence, and Portrait of Ruin subtitled games, and much more.

If anything of Yamane‘s has caught your attention in recent years unrelated to Castlevania, it was most likely her contributions to the Skullgirls soundtrack. The fighting game released in 2012 to acclaim, due in great part because of the soundtrack which she helped produce. The vintage styling of this game definitely extended to the soundtrack, which made heavy use of jazz instrumentation and structures. Throughout her contributions, Yamane flexes her piano skills and incorporates bold horn samples to emulate the lively musical aesthetic of a bygone era that also uplifts the energy of a frenetic fighting game with eccentric characters.

Just listen to the bounciness of “Moonlit Melee” or the suspense of “The Seat of Power” for an example. If you want something a little different without sacrificing Yamane‘s progressive leanings, then the synthy “Paved with Good Intentions” or rock orientation of “Dirge of the Divine Trinity” are for you. No matter what your preference, you’ll find the songs quite complementary to the game’s cel-shaded art style and tight, complex mechanics that reward practice and dedication.

Michiru Yamane is a highly valued, if slightly underrated, talent in the world of video game soundtrack composition. I’ve had my eye, and ear, on her work for most of my life and it has been better for it. Although I just covered a lot of my favorites here, the depth of her work yields a lot of other gems. Working within the confines of video game development can be tricky to say the least for a musician and composer, but she has only progressed more as a professional and artist as time goes on.

For a look at the composer’s future, I would check out Monster Boy and the Cursed Kingdom which comes out on December 8, 2018 and has contributions from Yamane, and Bloodstained: Ritual of the Night, a spiritual successor to Castlevania: Symphony of the Night, due out in 2019 and chiefly composed by Yamane. Both upcoming games will premiere on Xbox One, Playstation 4, Nintendo Switch, and Windows PC.

If you’re into really pretty pictures of Japan, and perhaps understand kanji, give her a follow on Facebook where she shares posts from her blog. With luck, she might divulge some of her future works to fans! Thanks for joining us on this unofficial Halloween episode of Sound Test. Tune in next time!