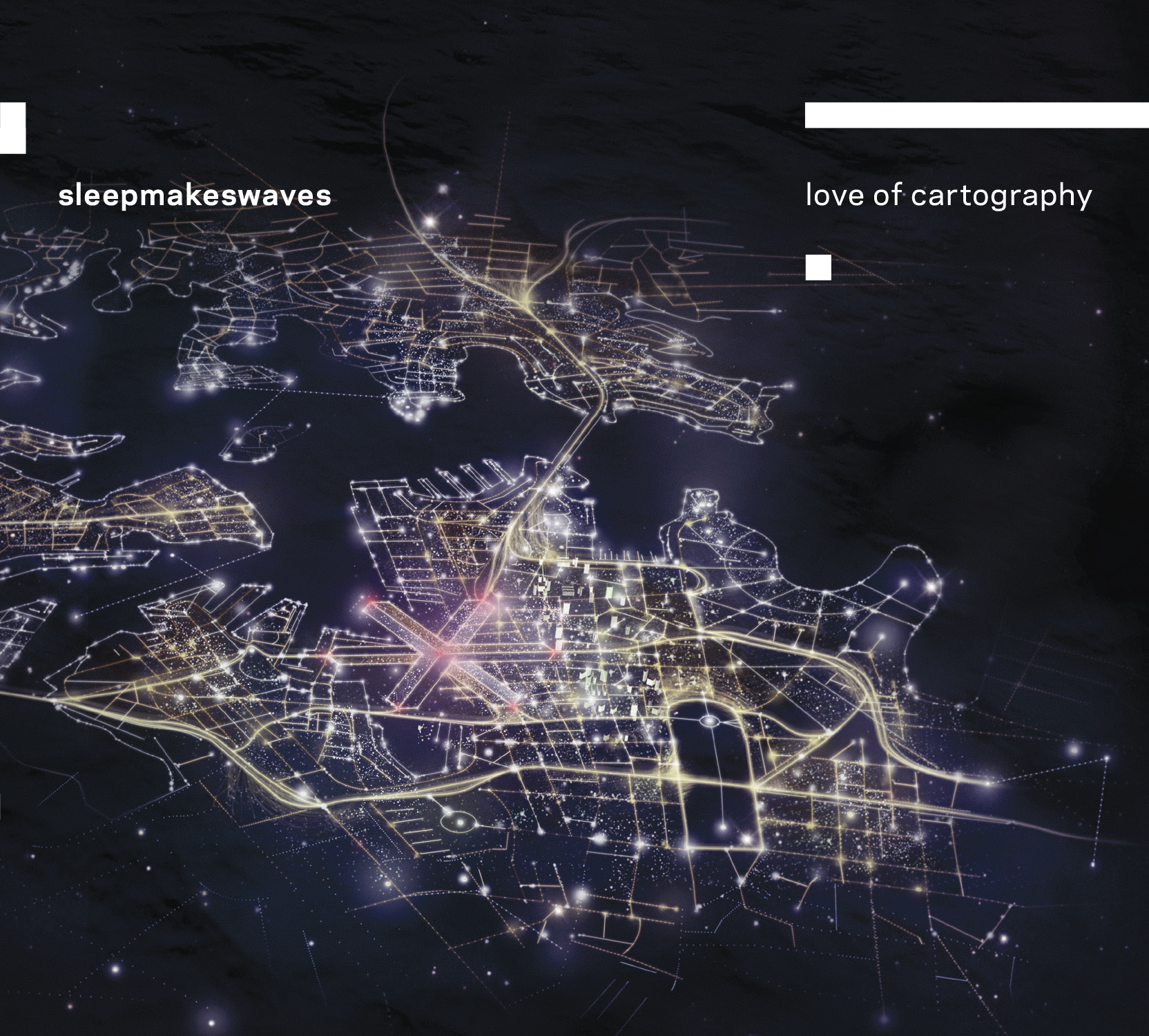 At some point during the late ’00s and early ’10s, post-rock was arguably the most painfully oversaturated genres around – a truckload of bands was competing for a shrinking market of dedicated fans, with all of them seemingly bringing the same stale crescendo-core formula to the table. Luckily, there were still a few innovative minds walking among the hordes of copyists, and that’s exactly where sleepmakeswaves could be found. The Australian group obviously took their cues from a handful of now-legendary acts like 65daysofstatic, but refined these influences in a way that quickly became unmistakably theirs.

2014 saw the release of their second album Love of Cartography, a collection of some of their finest material to date. Our staff writer Rodrigo is an avid fan of this record, so we thought it might be time to shove it back into the spotlight for a little while. So without further ado, please enjoy his take on this modern post-rock touchstone.

Wow, what an honor. Love of Cartography is an album I’ll cherish forever. It came my way in a pivotal stage of my life and helped shape my musical taste, character, and perspective. I was about to finish high school, and the plans for my future were a bit blurry. That year, I decided to appoint myself both in economics and music schools, believing under the utopic assumption of going full throttle on both of them. Keeping up with deliveries, exams, rehearsals, and practicing was overwhelming enough to trigger latent unresolved insecurity issues.

Simultaneously, I started refining my musical taste, you know, getting more curious than ever before. That’s when I started consuming the ‘djenty’, modern metal content by Rob Scallon, Jared Dines, and Ryan ‘Fluff’ Bruce. At the end of some random video, Fluff recommended a newly released album by a band called sleepmakeswaves, Love of Cartography. I thought about giving it a shot because why not, right?

In order to keep up with my anxiety, I used to leave music on when going to sleep. Didn’t mind if Iron Maiden was on, I just needed to escape from silence. After a few weeks, Love of Cartography was there every night for several months. It was all I needed. Along with Helios / Erebus by God Is an Astronaut, these albums were my point of entry to the world of post-rock, probably my favorite genre nowadays. That’s how important it is to me.

There’s not much else to tell you that you haven’t already heard if you’re a fan of these guys. Seven years past its release date, this album continues to be of my top picks of the genre. There is no way of getting tired of listening to the amalgamation of energetic riffing and powerful melody. Its intensity lies side to side with the emotional edge, and again, it chips in me with a personal veiling that is impossible to ignore.

In my opinion, instrumental music benefits from additional emotional depth, given that the audience doesn’t need to face a singer to vibe with. Not that singers aren’t worth the sensitive facet, quite the opposite. Still, vocals capture the most attention and work as a filter many times. sleepmakeswaves exploits this vacuum left through frenetic guitar-driven arrangements that provide the necessary pump to elevate you to another mental state. Then, through the inclusion of typical post-rock build-ups, busy drum parts, and electronic synergies, the band authenticates its personality, delivering ten engaging songs.

They also seized promotion opportunities for this album through content that compliments their essence in ways that entangle different planes flawlessly – I’m talking about the “Great Northern” video, the “Traced In Constellations” visualizer, and the phenomenal Audiotree Live Session in particular. Each of them captures a specific vibe: the first appeals more to the human interaction with the world and the journey of the mind; the second abstractly reinvents this mission, focusing more on the synthetic and electronic concepts; finally, the live session emanates the overflowing energy and rawness of the live band sleepmakeswaves wants to be. I emphatically and sincerely recommend that you give all of the above a listen.

What captivated me beyond everything else was the band’s capacity of sinking in mellow, heartfelt textures over the intense core of the songs, “Traced in Constellations” being the rock-solid proof. When writing in ternary rhythms (or whatever the correct term is), the way the groove’s supposed to be carried creates a special sensation that binary rhythms lack. It is precisely this extra pulse that paves the way for anthemic hooks and melancholic ballads due to the natural suspension feel. The band ventures upon this opportunity and creates a motif that has stuck in me ever since.

But let me take advantage of this piece and point out the most immaculate arrangement this song has. Just after the two-minute mark, Jonathan Khor and Otto Wicks coincide their guitar tones to pull off the simplest, yet most effective duet. It rips my guts apart every single time. While one plays a softer version of the motif, the other one drenches the sonic scape with my favorite three-chord cadence that you have heard in many songs. Another band that leverages a lot on this sequence is Alcest on “Délivrance”.

The peculiarity of this cadence relies on two major chords resolving in the main minor chord, creating a drifting feeling of melancholy. The way in which it’s used here resembles a scene like being taken away from your loved ones in the blink of an eye, or as a diffusing image of once a perfect landscape. Merit to the previous build-up, too, for it fuels this introspective rundown and creates the right spot for the guitars to make a tear waterfall of your face.

Although I think I could go on forever, Love of Cartography moves me so much that I’m actually lost for words now. It makes my mind go blank, and as I said earlier, this is exactly what I needed back then. No wonder it has become one of my all-time favorites. I’m grateful to sleepmakeswaves for this.