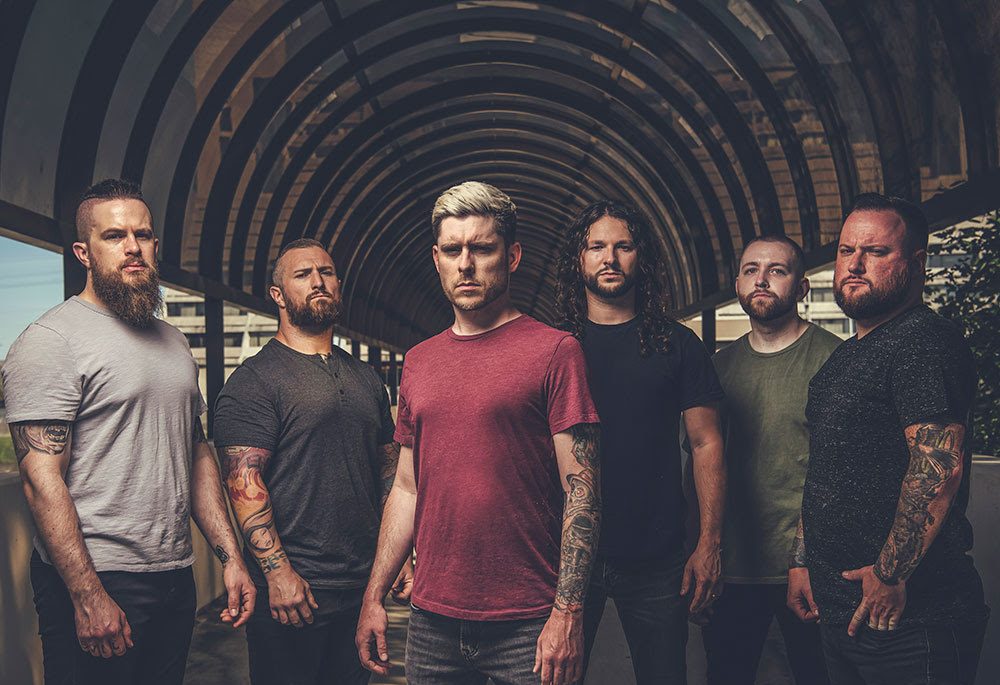 By Landon TurlockOctober 26, 2021 No Comments

Kin, the new offering from Whitechapel, is the band’s most multifaceted and mature record yet, but its pacing sometimes suffers due to their experimentation.

If you enjoy deathcore, you definitely know, if not love, Whitechapel. The band is one of the genre’s progenitors, riding the first wave of the genre alongside Job For A Cowboy, Suicide Silence, and Chelsea Grin. Each of the aforementioned bands have gone their distinct directions, straying into nu-metal (Suicide Silence), progressive death metal (JFAC), or experimenting with shred and symphonics (Chelsea Grin). With Kin, Whitechapel‘s newest outing, the band offers their most experimental and dynamic release yet, showcasing yet another possible direction for deathcore to develop into.

How do they do this? The opener “I Will Find You” answers right away. The song opens with strummed acoustic guitar akin to mid-aughts radio rock before raging riffs take over. It is this dance between calm and caustic that characterizes Kin. Phil Bozeman’s screams become increasingly balanced or even overtaken by his singing, which almost draw Stone Sour-era Corey Taylor comparisons. “I Will Find You” thunders along at a grooving midtempo for most of its length before a gentle prelude to what can only be described as a true rock guitar solo. It was kind of Whitechapel to put “I Will Find You” first on the record because it so accurately reflects the tone of Kin. If you like it, you’ll probably like the album.

Not all moments are as dichotomous as the first track, and either commit to the dark or the light. Merciless single “A Bloodsoaked Symphony” opens with almost Tool-like hypnotic riffage. Heavily distorted guitars and straightforward but powerful drums carry the song’s raw yet solid deathcore that will appeal to fans of the band and other modern acts like Fit for an Autopsy. The song is lyrically and musically one of the heavier offerings on Kin. However, Whitechapel still shows their songwriting chops by making the chorus’s screams and lead guitars distinct and memorable, even without singing. Just a warning, the accompanying video is not necessarily for the faint of heart (I am faint of heart):

Elsewhere, “Anticure”, “History is Silent”, “Orphan”, and closer “Kin” dial back the tempo and distortion. This makes for a metal album with a good amount of rock guitar-oriented balladry that will be sure to alienate some fans while drawing others. “Orphan” has a captivating groove that again elicits comparisons to several alt-metal/alt-rock acts from the mid-2000s. The track includes passionate vocal performance, hooky melodies, and anthemic drums. While some screams feature throughout these softer songs, the tracks are led by Bozeman’s singing.

This review has focused a great deal on Bozeman so far, but Whitechapel‘s explorations showcase the whole band. Guitars vary from whammy bar guitar heroics to acoustic strumming and interludes (“Without You”), melodic hooks and countermelodies to chugs, and even some atmospherics that bring to mind Tool, Stone Sour, Chevelle, and Karnivool. All of this is underpinned by a dynamic, restrained performance from drummer extraordinaire and new addition, Alex Rüdinger.

Kin is an ambitious album from a deathcore band, and I haven’t heard one like it before. By that measure alone, it’s worth a listen. Radio rock and breakdowns make for a strange pairing, but it is undoubtedly unique. And with so much new genre exploration here, it’s refreshing to hear it all done tastefully and maturely, with an emphasis on strong songwriting. Unfortunately, the combination gets a bit bogged down with the album’s pacing – the tracklist bounces between more straight-ahead metal and rock balladry with somewhat stop-start results. This juxtaposition is intriguing, but it simultaneously inhibits the album from building momentum and cohesion. In this way, the album feels more like a collection of promising songs as opposed to a unified record. Should Whitechapel continue pursuing this more mature and multifaceted direction, I am sure they will find more confident ways to merge their new and old stylings.