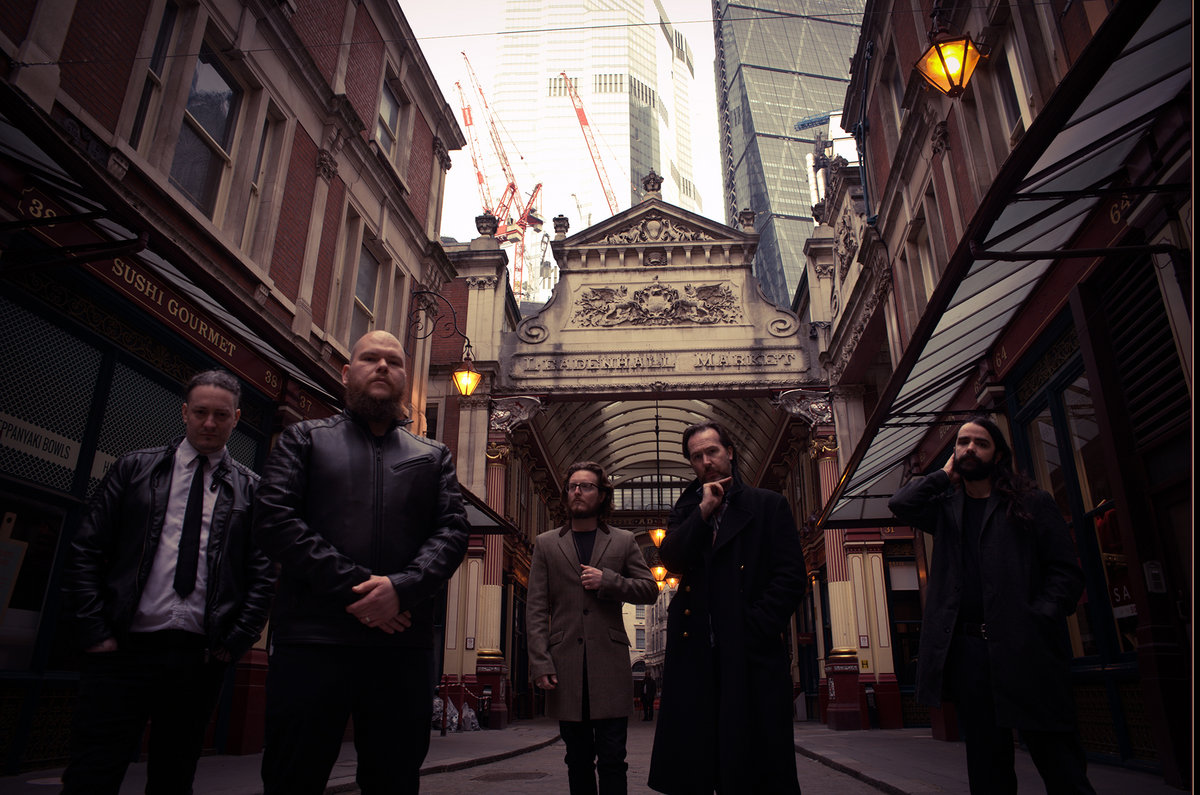 By Robert MiklosNovember 23, 2021 No Comments

Breaking the Trauma Bond is easily one of the best metal albums of this year. Tune in for an unforgettable experience.

About two years ago a good friend introduced me to Voices, and it was one of the best discoveries I’ve had in the metal realm. The British metal group have a rather unique approach of the whole progressive death/black metal shtick. It wasn’t long until I’ve spun their material several times back to back and just craved for more. Luckily, the wait was fairly short, as a mere three years since their last album, we now got a new one. I mean, compared to the way I’m used to albums rolling out, three years isn’t much of a wait, especially for the level of quality found here.

Voices teased us earlier this year with a short EP, titled An Audience of Mannequins, which unbeknownst to us featured a song off the then-unannounced full-length album. While brisk, it did give us a some fresh morsels to munch on. Breaking the Trauma Bond is the band’s fourth album, and it sees them going for novel approaches within their established style while taking the overall level of the music to new heights. I could not wait to engorge this new sonic offering, especially seeing that it came in a generous sixty-eight minute serving spread across sixteen tracks. That’s a fair deal more than what we’re normally used to with metal albums of this kind.

Rest assured – every minute of it is great and as fulfilling as expectations for the band would dictate, at least the way I see it. “An Audience of Mannequins” proved to be an apt single for the record and a great way to ignite the fire for those of us who were just dying for new material. It just starts out guns blazing with nasty riffage and a sick tone behind it, with growls busting about. It greets us with the highly melodic approach we’re acquainted with as well. Since it would be rather defeating to dissect the record in a track-by-track approach, I’ll just try to give you a general overview without spoiling too much; not that this would be possible without literally doing an academic-style essay of it.

What immediately reeled me in at first were the epic, dramatic, and soaring moments. One of those would be like in the latter half of the title track, “Breaking the Trauma Bond”, where the clean vocals rise with a plaintive sustain across the densely layered atmosphere, which edges on being wistful with its lush textures. The ending of “The Widower” is another good example of this, albeit with a harsher delivery and tone, because it shares similar qualities with the aforementioned example. “Photographs Of A Storm Passing Overhead” is also littered with similar-sounding bits, and it makes for a fantastic closer because of this.

Obviously I was very taken with the delivery and energy of “An Audience of Mannequins”, and there’s plenty of other, similar things to rock your boat. “Petrograph” comes at us with some hard-hitting stuff, especially around the three-minute mark, where we are met with a harrowing vocal delivery and a massive atmosphere. “Whispers” is no stranger to the heavier side either, relentlessly blasting us for most of its run, as does most of “Ghost City”. Of course, it’s not all fire-and-brimstone with Voices – you know that as well as I do. Some surprisingly tender and soft parts make themselves vividly heard as we pass through the album. The intro to “The Widower” is a great showcasing of such an instance, while “Running Away” and “My Sick Mind” fully immerse themselves in this mindset, offering us a sweet and riveting level of dynamics.

“Lilacs In-between” and “Methods of Madness”, among others, bring us a fairly catchy delivery that’s quite easy to digest, which makes things quite interesting; it’s not often that heavy bands go for this type of contrast. Voices not only make the gamble, but rake in a big win with the way it’s executed. I couldn’t say what exactly, but something makes it work very well, as it adds nuance to the entire affair in a tasteful manner.

The way we cycle through all of these moods (and others as well) doesn’t feel like a forceful or redundant alternation as such approaches usually tend to be. It’s sort of like we’re being told a story that returns to previous points in its narrative to reinforce a point or unveil new shades in its plot. The length and depth of the musical journey also grant it a charm, which makes it even more akin to a story, albeit one told through sounds rather than words.

Breaking the Trauma Bond is a highly compelling and vibrant experience that may not be easy to partake in, but will make it well worth your effort. Its cohesive sound and authentic emotional charge will certainly appeal to the patient listener, as well as to those who require a deeply immersive record to delve into. Voices really outdid themselves, making this album a testament to their evolution, not only as a band but as artists as well, generally speaking. I can’t wait to see where this act is heading.