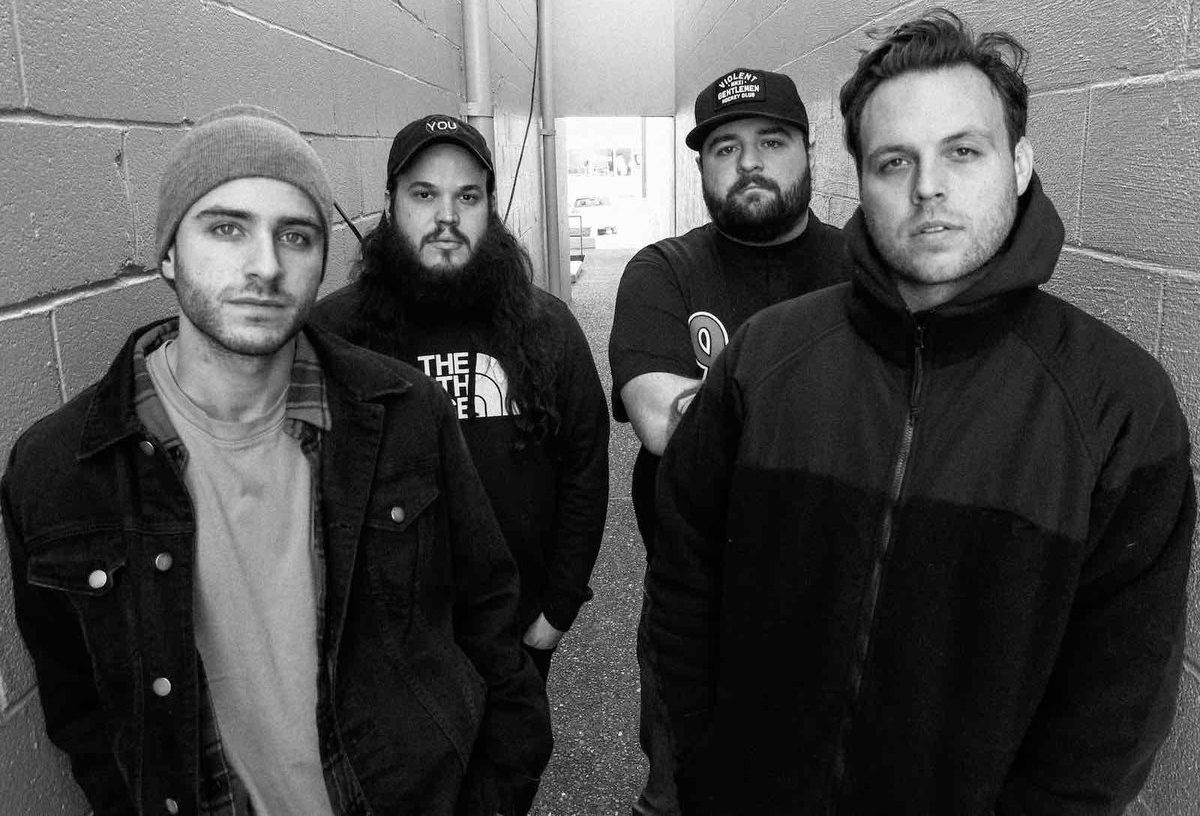 Trade Wind are leaning into their newer, calmer sound, and it’s paying off greatly with emotive, fragile, and lovely results.

Ever since I heard Certain Freedoms in 2019, I knew Trade Wind was a band I wanted in my life for as long as they existed. It’s a little odd because I don’t particularly count the band as a favorite per se, and I couldn’t tell you why, but they have nevertheless made me embark on some emotional journeys with their very succinct, poignant form of ambient, folk-infused alternative/post-rock.

Trade Wind is, by definition anyway, a supergroup, comprised of Jesse Barnett (vocals, from Stick to Your Guns, Ways Away), Tom Williams (guitar, Stray from the Path), Andrew McEnany (drums, Structures, formerly END), and Randy LeBeouf (bass, longtime friend of Barnett and prominent producer). Where all those bands are rooted in punk or metal, this band is… very much not anymore. And I love when bands do that, shirking expectations that could be there and doing something quite different – where would the fun be if someone left a band to do the exact same thing or similar that they were doing before?

Barnett’s a busy-ass dude, being a part of other bands and running Other People Records with Williams, but it seems that with Trade Wind, he likes to pop up out of the blue with an untelegraphed announcement of a new album, a single or two, then it just drops with minimal hype, but to roaring acclaim from fans (hi, I’m fans). That’s been the cycle for the two most recent albums now as evidenced by the seemingly random Facebook profile picture update on April 7 and subsequent launch of lead single “DIE! DIE! DIE!”, a song whose sound betrays its aggressive title from the first moment.

“DIE! DIE! DIE!” isn’t co-written by Reaper from Overwatch, but the video is every bit as deadly, a stark contrast to the song which, while lyrically referencing some dark stuff, is at peace and a bit pensive. The faded guitar melody is prominent throughout as are Barnett’s airy vocals, sung low yet enunciated clearly. I read the song as being about suicide or perhaps the weight of hopelessness that drives someone to suicidal ideation: ‘Wrap a ring around the center frame/Pray to who the fuck for heavens sake/Pull me aside to waste my time and I die, die, die.‘

If you’re heard Trade Wind before, then you’re likely accustomed to the hazy aesthetic and production that they employ throughout much of their music. The Day We Got What We Deserved is no different – in fact, it leans even harder into this. At least on Certain Freedoms, you got some louder, more punchy vocals at key moments and highly pronounced instrumentation to match, though always staying subdued (see “No King But Me“). Their first album, You Make Everything Disappear, was a lot more rock-oriented and edgy, which is wholly absent here (for the better, in my opinion, as it felt derivative at times). Here, you get no such thing, allowing you to bask in variations of one precise mood. What is that mood? It’s… complicated, yet calm. Calmplicated?

See, for me, I get a lot from Trade Wind, and it doesn’t even have to be connected to the lyrics or the tone of the instrumentation necessarily. What I can be upfront with is that it feels wistful, regretful even. Listening to Trade Wind feels like going back to your hometown after years of being absent. You grew; your memories have been fading ever so slowly, and the ones that remain have a quaint, nostalgic sepia tint to them. You have a new life and find it awkward to return because you can’t go back to who you were, nor does your new self seem to fit completely in the past.

Regardless though, you feel warm, overall safe – the diners you used to frequent still stand. The tree in the park under which you had your first kiss is dead, dormant from the seasonal chilly winter air, but there nonetheless. The house of your adolescence is occupied by another young family who are building their own memories. The cloud formations above you are as familiar as ever, coating the sky in greyish-blue before being splashed by pink and orange hues from the sun’s descent over the horizon.

This album commands a simplicity that’s really hard to describe, even though I’ve spent a lion’s share of 660 words so far trying to accomplish just that. It’s a vibe – you either feel it or you don’t, and maybe your vibe is different. This isn’t even my preferred type of music, but beautiful is beautiful regardless of any of that, and there’s a lot of it here. “Blue Notes” is a perfect example of this. Muted drums give way to a more forefront vocal performance from Barnett, who’s quite keen on reflecting in the precise way I talked about: ‘I lie in autumn leaves/and they remind me/remind me of better things.‘

“Weather Eyes” is an amazingly captivating track that captures this essence, too, housing a little tribute to a person fondly thought of. The love is felt like a warm blanket, and when coupled with twinkling piano and expressive saxophone near the end, it’s just a rapturous experience. “Nine Tails” likewise has a little jaunt to it, especially on the second half where the fogginess of the production retreats a bit for the second verse and you can catch the rhythm of the drums and bass better. It feels like walking down a picturesque street in a small city at night, lit by well-maintained lanterns, trading glances and smirks with people that pass by.

While there’s no crestfallen gut punch like “I Can’t Believe You’re Gone” on here, The Day We Got What We Deserved feels like a natural progression of emotion from that song and the album it’s from. Mistakes turn into lessons, and lessons make you eager to try again. If talking about love, you grow up and do better with each relationship, cherishing what you’re afforded and making the most of the moment. Nothing on this album explicitly talks about this, it’s just part of the vibe, though the album’s more matured and vulnerable mindset is all that you need to see to experience it. Did I mention that all of the songs on this album are under three and a half minutes? You’re getting small vignettes totaling 27-plus minutes of profound, radiant music that reveals a lot about you.

At the end of my time so far with this album, I’ve found I must first reconsider my reasonless course that led me to not consider Trade Wind a favorite of mine. When they are making me feel things that only other great bands like Turnover have made me feel, it’s high time to elevate them to a position worthy of those experiences. That’s why I wrote this review, as proof of that and to hopefully encourage y’all to embark on the same journey. They are getting more delicate, tender, and learned with age, as we are wont to do, and as such they are becoming a graceful and poetic act to watch. The Day We Got What We Deserved as a title can be read triumphantly by those depraved of good who finally got their due, or despairingly by those who eventually reaped the bad they sowed upon others in an act of vengeance. No matter what side you fall on, ensure that you grow from your experiences as Trade Wind, and I, seemed to have.