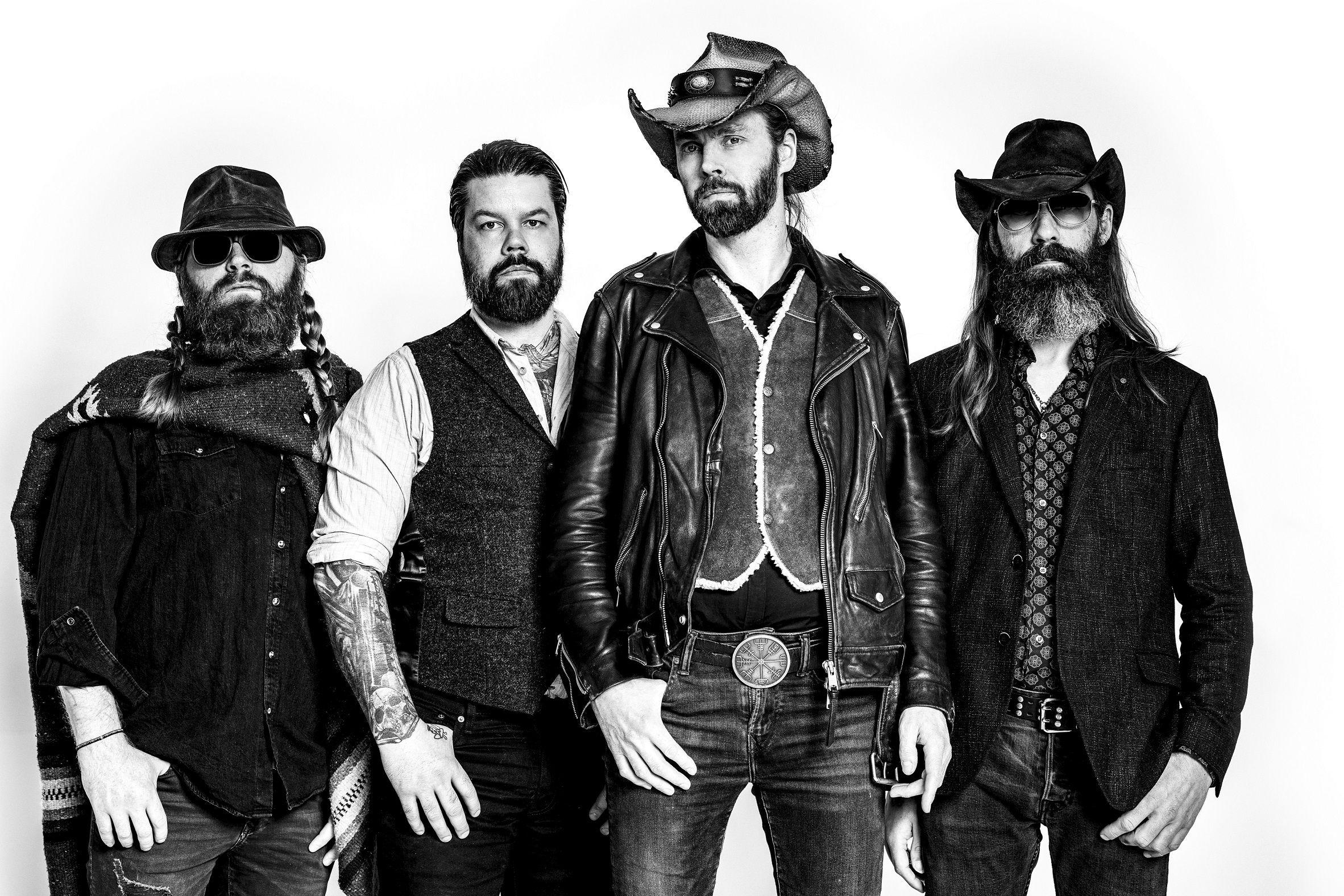 By JP PallaisNovember 2, 2020 No Comments

Sólstafir have created yet another incredibly luscious record, filled to the brim with many ideas and emotions that will leave a mark on your soul, but only if you let it.

The moment I first feasted my eyes on the beautiful album art for Endless Twilight of Codependent Love, I was left with nothing but high expectations for this record. Historically, Sólstafir have never been a group to disappoint in any way and have consistently been pumping out quality records. Love them or hate them, their music is something unique to them and them alone. Endless Twilight of Codependent Love is a slow, melancholic journey that will only move you if you let it move you. The question is, are you willing to open yourself up?

Sólstafir have never been known to compose songs that provide instant gratification. They’ve always strived to write their songs to be incredibly organic and not be confined to any rules or defined structures. Although once a black metal band, Sólstafir have evolved over the years into something that is genuinely unique to them, with that sound being rooted in post-rock, with folk and other various influences. Whenever I think of music that represents Iceland, I always immediately think of Sigur Rós, Björk, and Sósltafir as the ‘big three’.

Listening to this record without any lyrical context, as I did the first couple of times, led to a very underwhelming experience in all honesty. At first, it felt like the songs were just too long and didn’t go anywhere interesting. It seemed as if Sólstafir were just aimlessly wandering throughout these tracks, with the songs going nowhere. But once I sat down and read about the conceptual background, my next playthrough was a wholly different experience. I couldn’t believe that I was listening to the same record, given that I was now aware of what inspired the music.

At first, Sólstafir’s lyrical content was based around Nordic mythology but their recent efforts, including Endless Twilight…, have taken a different, much more personal lyrical approach. As of late, their lyrical content focuses more on various issues such as depression, alcoholism, and the negative connotation regarding said topics in men; how they’re perceived as weak for expressing their struggles. The members in Sólstafir are all very open with one another regarding their hurdles and mental battles, and they all collectively create this musical safe space to express and learn about these feelings and perspectives. One particular theme emphasized in this record is mental illness. For example, “Her Fall From Grace” delves into experiencing a loved one slowly wither away due to their crippling depression. This is something no one should have to go through, but it happens in every dark corner of the world and people, more often than not, silently cope with this without any support. Given this context, the emotion and atmosphere captured on Endless Twilight of Codependent Love personify this feeling extremely well.

Now having this all in mind, as mentioned earlier, every playthrough after was an entrancing experience. At first, I was just listening for the sake of listening, but once I invested my time and effort to further understand the record, the music just hit that much harder. It took me for a long rollercoaster ride of emotions and I did not buckle myself in properly. Although the lyrics for every track, with the exception of “Her Fall From Grace”, are in Icelandic, you can just feel the anguish and sorrow portrayed in the vocals, despite not being able to understand them. This is one of those records where in order to properly appreciate it, you need to lose all sense of time and any preconceived expectations. Sit down, kick back, and let this record consume you.

Music-wise, there is plenty of variation throughout Endless Twilight…. At one moment, you’ll be embraced by luscious soundscapes with the inclusion of violins and piano, as heard on “Rökkur” and “Or”, as well as upbeat yet still melancholic passages that follow later in the track. The record starts off incredibly slow and moody with “Akkeri”, and shortly into the track, it kicks into high gear as it leads to a groovy jam session with some killer cowbell. “Drýsill” has a magical, massive outro I cannot get enough of, with layered background vocals as the rest of the band goes absolutely nuts. For the most part, the tracks tend to start off leisurely and sorrowful, but they build to something truly satisfying and emotional towards their end.

Once “Dionysus” comes around you’ll want to strap yourself in, as this track takes a turn from the sound heard on the preceding tracks and is paced even faster. It has a galloped pacing that reminds me of “Barracuda” by Heart; it is this track in particular where you can really feel the anguish and suffering in the vocals. In addition, “Dionysus” reminds me quite a bit of the new Wayfarer record that recently dropped, with that Spaghetti Western, black metal/post-rock sound. “Or” is a groovy little ditty that makes me feel like I’m watching a noir film once it starts. Towards the end of this song, I am doing my best to sing along in Icelandic while I ugly cry. Despite being in an entirely different language than I am used to, this record is infectious when it means to be.

I am not going to lie, Endless Twilight of Codependent Love definitely had me fooled. I was not sold at all on the record and felt that it was a huge snoozefest at first. But once I took the time to learn more about the album and was more patient with it, I had the complete polar opposite experience. This new adventure was one that was mystifying and had me head over heels for the dreamy and sorrowful soundscapes, along with the twists and turns that awaited in nearly every song. Add Sólstafir’s newest effort to the list of records that age like a fine wine, because this record just gets better and better with each successive listen, that is for damn certain.