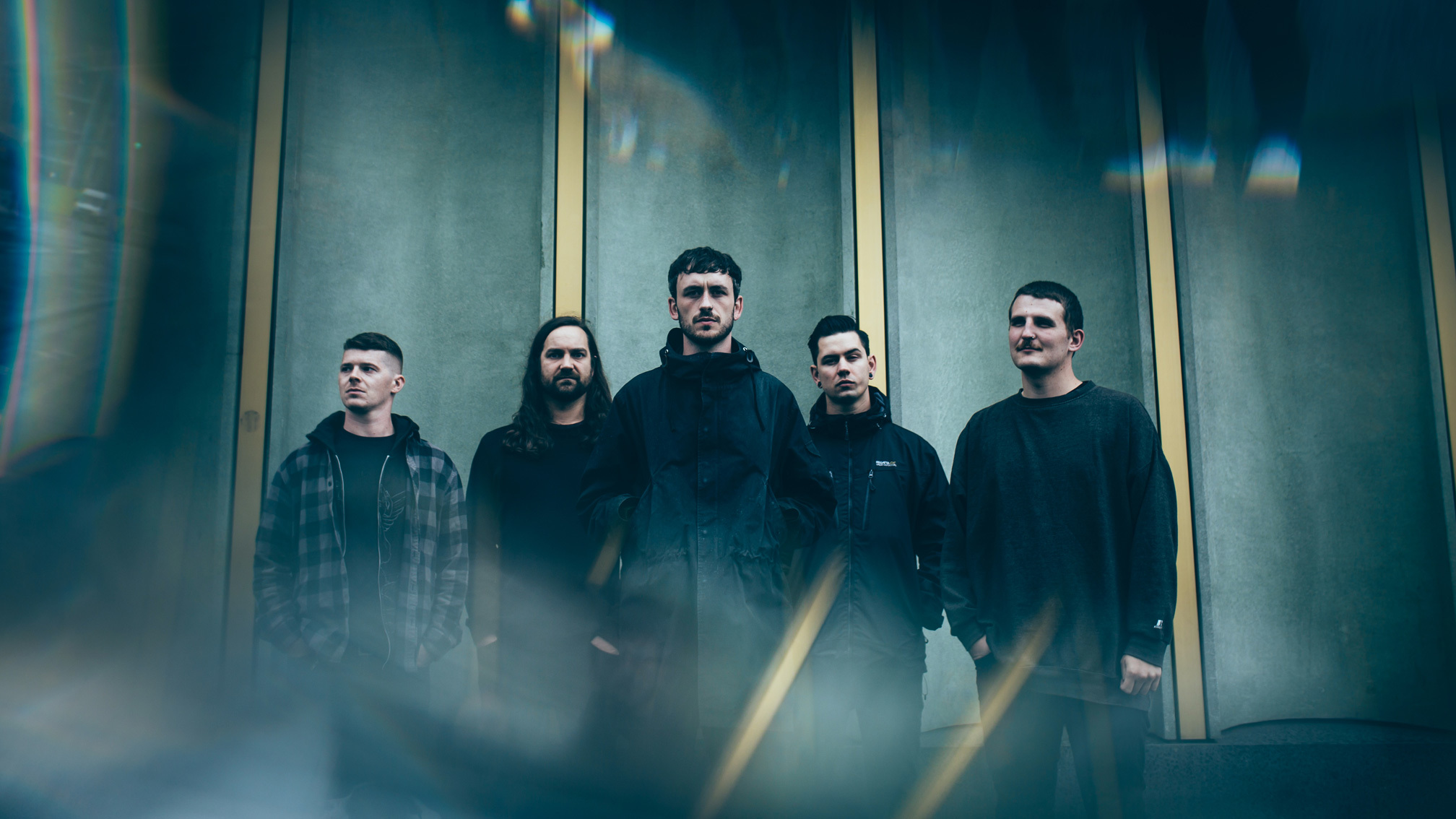 By David RodriguezDecember 8, 2020 No Comments

Palm Reader trace lines of post-hardcore and other adjacent genres to build profound and affective bangers for the banged up on Sleepless.

Repetition makes or breaks you. As a band, you have to decide: do we ride a line of expectations once we find our groove, or do we break free of that in chase of varied output and exploration of art? It’s one of the most intriguing considerations when finding a new band that’s just starting out for me, playing a game of ‘will they, won’t they’ with their future music where all the fun is in the unexpected.

Palm Reader are a band new to me, so while I didn’t have that exact feeling with them when approaching their latest album – nor are they themselves new – it does help explain why I like it so much. Ten years in the game, the Nottingham quintet have released three other albums to their name, as well as an EP and a split with the wonderful Conjurer. A passing investigation into their previous work shows a band that was a lot more mainline post-hardcore with some harder metal approaches, and some indication of building to something greater. It is clear that, in my relatively uneducated opinion, Sleepless may be a culmination of those efforts.

See, it wasn’t enough for Palm Reader to be just another post-hardcore band, which I personally appreciate since the genre can be a hard sell for me with its rending lyrics and vocals, and hollowed atmosphere feeling very samey from band to band. Stagnation was never part of the plan for the group – in an interview with Kerrang!, vocalist Josh McKeown states the band’s intent to never write the same album, or even the same song, twice if they can help it. He adds, ‘We try and explore as much as possible in terms of our sound, so evolution and progression is the only way. If you’re not doing that then you’re sitting on your laurels and playing it safe. You get stagnant and that’s not what it’s about for us.‘ A man after my own heart, with all respect to those line-trotters that know who, and what, they are and are comfortable with it.

More importantly, McKeown and the rest of the band got this point across well enough with Sleepless itself. There’s a wealth of songs on this record that seem to come from different writing sessions, different moods, or focuses altogether, making good on their modus operandi to diversity in execution. What you hear in “Hold/Release” is not what you hear on “Willow” or “A Bird and Its Feathers”, for the better. Sure, there’s binding elements like a pervasive atmosphere of vulnerability, alternating cleanly sung and harshly screamed vocals that kiss and kill a listener’s heart respectively, and morphing tones that lean on heaviness (emotional and instrumental) or open up in part. But it’s the ways in which the formula is changed up that really grips by the short hairs.

There’s an air of vigor throughout Sleepless that’s nigh impossible to avoid, and it’s one achieved not just through screamed vocals or dense guitars. Here, song by song, you find the strength lies in the freedom; of expression, of guilt, of pain. The very first track, “Hold/Release”, which has been out for a while now, is a song about opening up and allowing your true feelings to come out. The lyrics deal with both sides of this mentality, where one’s pressure is building up and holding things within, while the other begs the former to release as there’s still time to speak and be heard:

‘Stretched thin again
Relentless wishing, a pursuit with no end
The pressure is hidden
Slowly building and buckling to vent
The tendency being to define the strong as silent
Though they speak of fear
They hide a loss of innocence and a rolling tear‘

Providing a bit of a thesis to the album, it’s advice well heeded, especially for the men among us who all too often hold things in when we need to be releasing in healthy ways. If you treat “Hold/Release” as a sort of contractual agreement between you and the band – saying you’ll allow yourself to be vulnerable so that you may perhaps feel better yourself and empathize with the music contained on Sleepless – everyone wins.

Still, there’s immense power to be found in tracks like “Stay Down” which really ride the hardcore mentality until it practically derails. Nearly every word screamed, it takes its own prior advice to vent like a steaming locomotive. Guitars and bass feed the flames while the drums beat in rhythm to keep everything on the tracks from verse to verse. Heavy, but it doesn’t lose itself in the fire. “Willow” on the other hand is a lot more delicate, but in tone and theme mainly. Focusing on a mother’s loss of a child and perseverance through that intense kind of trauma, the weeping willow tree is a great metaphor to build off with the lyrics. Here, you find the first of a couple superbly strong melodies in the chorus of this song, guitars seemingly singing along with McKeown’s incredibly distinct, English-accented voice to create a standout harmony.

Even more soft and cradling instrumentation awaits within “False Thirst”, which seems to have it all. It deftly travels widely within its boundaries, exploring more nuanced melodies that please the ear, but falling back on more powerful presentation to hit those emotional strings from another angle. It’s one of the most salient songs on this album just because of how it handles all that it is, all while dipping it liberally in atmosphere that allows for reprieve as well as introspection. “Brink” is another profoundly hard-hitting endeavor that appears to touch on abusive, unhealthy relationships, ones that break you down and build you back up to a shell of your former self to suit someone else’s desires. It’s a mid-tempo track where the bass gets some front row placement to shine which I always appreciate.

By the time “Both Ends of the Rope” assails you, it’s pretty evident that a clear effort was made to progress from the past on Palm Reader‘s behalf. Not so much to feel alien or throw away their time spent with fans so far, but enough to set them apart amid the growing pile. It’s easy enough to appeal to emotions, songwriting and melody, and instrumental weight separately, but to nail each so well and in a way that attracts genre skeptics like me is entirely noteworthy on its own, not achieved often this year aside from a couple other standout efforts. Palm Reader can count themselves among an elite few, and Sleepless is just one reason to dig deeper and give back to yourself. Call it self-care by way of affecting post-hardcore.