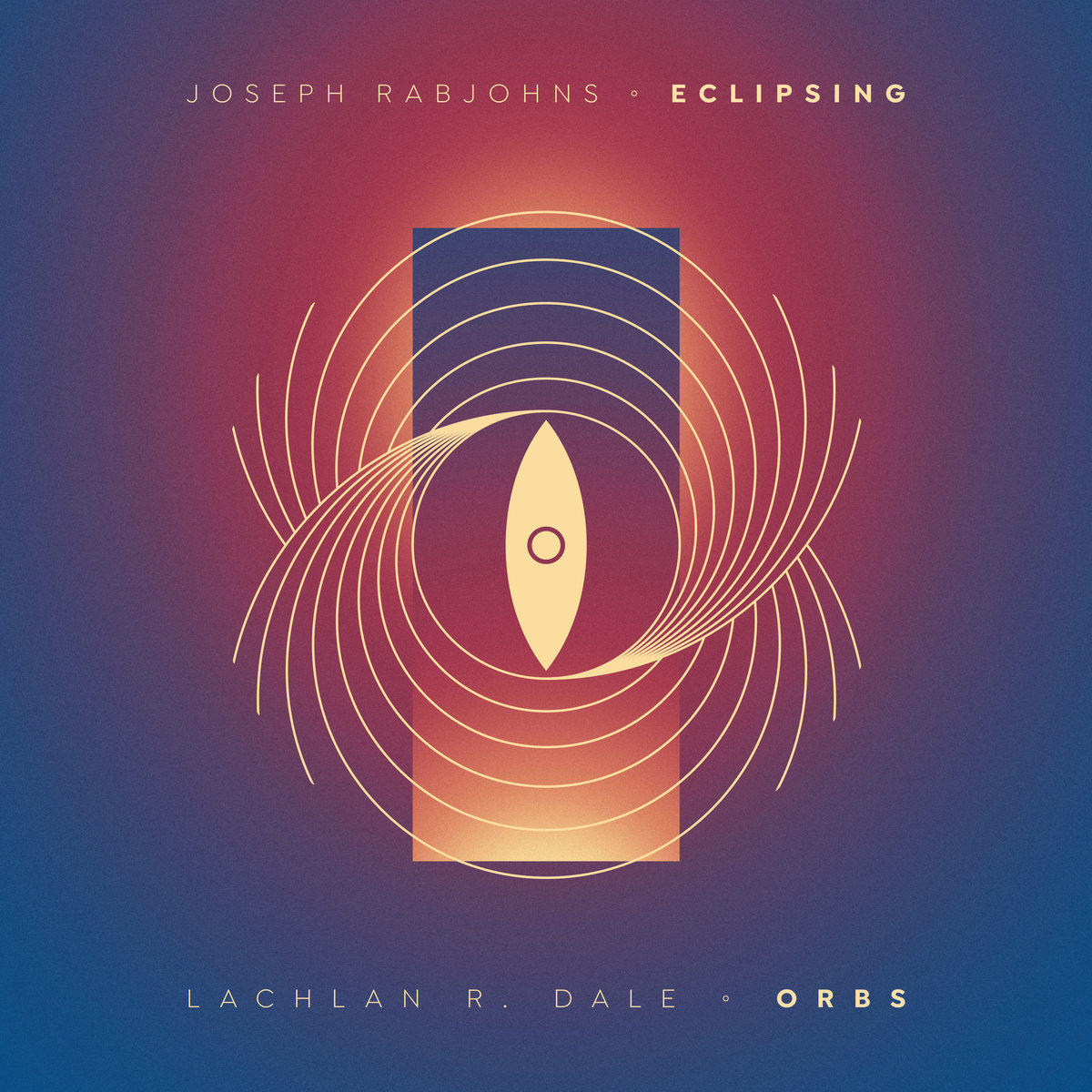 By Robert MiklosDecember 29, 2021 No Comments

Eclipsing // Orbs is everything you need to chill out as you change another leaf on your calendar.

I normally don’t pay basically any attention to split albums, as they’re usually just a cobbled-together landscape of disparate musical entities, where things just don’t bind properly together. Lachlan R. Dale and Joseph Rabjohns are here to prove me wrong. Eclipsing // Orbs is an enchanting foray into a kind of soothing music that isn’t bound by neither stylistic limitations of any sort nor any other kind of limitations.

Eclipsing // Orbs definitely has this structural definition that resembles a dichotomy, but these different ends tie very neatly together. Rabjohns begins his side of the record with a lot of enthralling, fingerstyle-driven acoustic guitar passages. These parts are also laced with a veritable plethora of other sounds, which create heavenly textures and dreamy vibes. I guess it’s the kind of music you’d hear in some kind of paradise, gliding over billowing clouds and rolling evergreen hills. I’m definitely picking up a hint of Tommy Emmanuel in the guitar playing, which is a nice touch if you ask me. Otherwise, though, I couldn’t say I’d place this blend and mood anywhere, nor could I particularly liken it to something I’ve heard before.

There’s something highly organic and authentic about the delivery of the songs, tender and intimate even, if you’re looking at, say, “Eclipsing (II)”. I would also argue there’s something of a meditative vibe in spite of the dynamism present, as well as the unfolding phrases and ideas. I couldn’t exactly put my finger on it, but it’s just the feeling that I can simply lay back and drift to my furthest inner corners, or some otherworldly planes on the other side of that type of exploration. It’s just lovely and sweet all around.

Dale immediately makes his presence known by suddenly slipping into slowly evolving textures on his side of the record. Aiming for a much more texture-oriented delivery, we’re seeing similarities when comparing this to his presence in Hashshashin, where I guess we were originally acquainted with his musical ethos. Dale also takes on a much more dense sound, overall, with a more brooding and/or pensive approach in terms of emotive charge, in contrast to Rabjohns’s side.

We’ll notice that the meditative overtones of the music are just as present, continuing the theme neatly, as if we’re not even dealing with two different artists. Although, the kind of slowly evolving textures employed, do veer much further away from Rabjohns’s approach. As a comparison token, we could look at “Absorbed by the Earth”, and all of that would become instantly obvious. Meanwhile, when looking at tracks like “Leaking Light”, it’s almost like we’re in the same unitary whole, having never left the cohesive vision of a single artist, to further drive my aforementioned point home.

Rabjohns’s side seems to hearken to a more blissful kind of atmosphere, emphasizing joy in a weightless and serene manner, aiming to leave the listener to meditate somehow carelessly, for the lack of a better word. Meanwhile, Dale‘s side, through its weight, feels like it drives the listener into a more thought-provoking state of mind, hammering on the idea that some things need to be mowed through in order to get somewhere.

Anyway, no matter how you look at this album, it’s a very neat piece of music that is sure to catch your fancy if you’re a patient listener. Although, I do wholeheartedly recommend the record regardless of preference, as I feel it is the type of album that has something to say to all of us. There’s something in there for anyone/everyone.