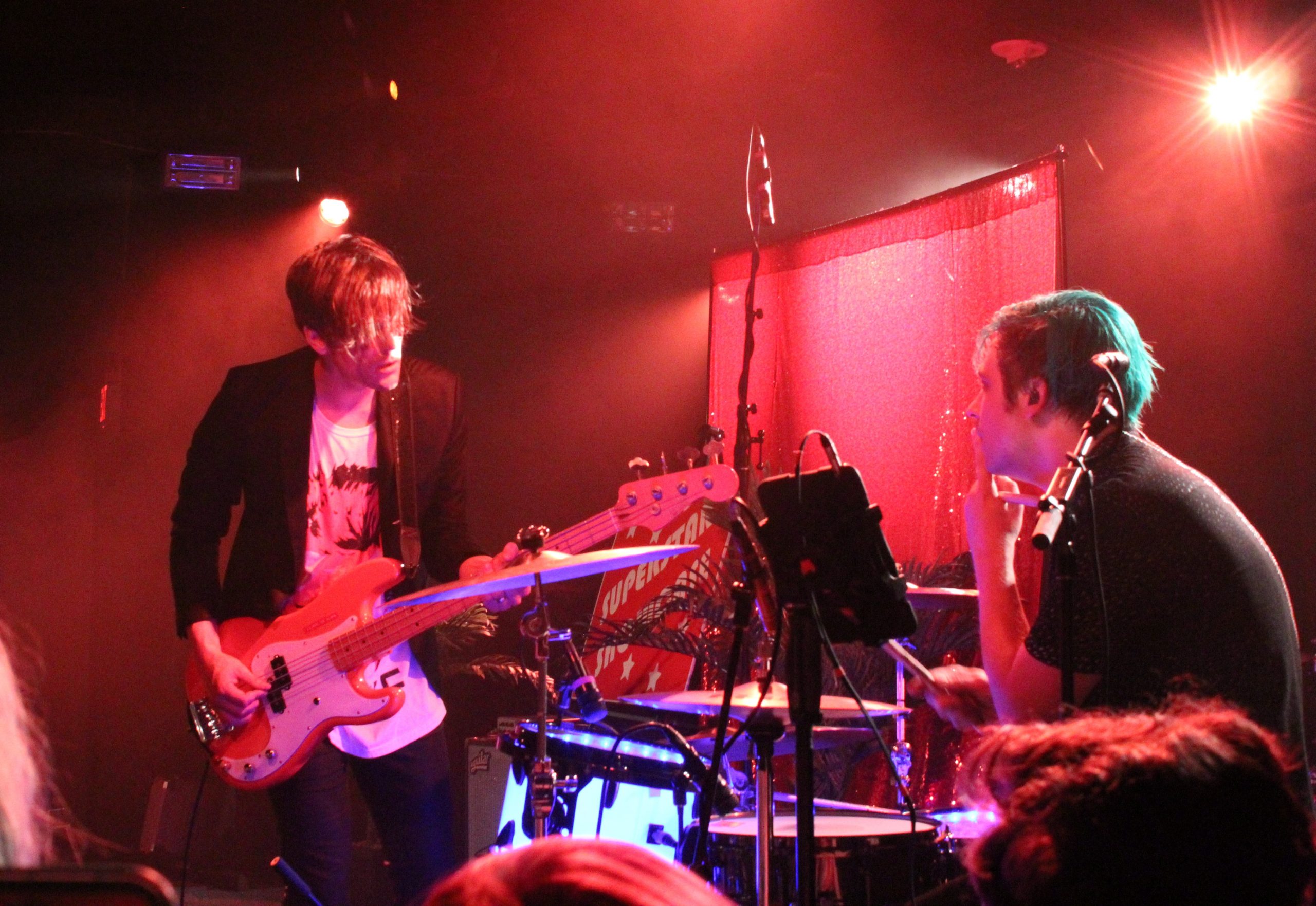 I DONT KNOW HOW BUT THEY FOUND ME – “RAZZMATAZZ”

By Tyler KollinokNovember 8, 2020 No Comments

I DONT KNOW HOW BUT THEY FOUND ME prove that they are experts in their field of music with their debut full-length RAZZMATAZZ.

There’s been a noticeable trend of pop punk bands from the mid 2000s ditching their aggressive and angsty tones for a more upbeat and poppy sound. Paramore, Fall Out Boy, and Panic! At The Disco are at the forefront of this movement, as each of them turned away from distorted guitars and moved straight toward being featured on mainstream radio stations. Is this a bad thing? If you ask me, no. Each artist that has followed this strategy has certainly gained commercial success, but they have also inspired many other newer bands to incorporate catchy hooks and pop elements into their music. A younger version of me would have a huge aversion to this type of change. However, I’ve begun to welcome more energizing pop music into my life. In my case, it’s exactly what I need during my morning commute.

That’s why a band like I DONT KNOW HOW BUT THEY FOUND ME (typically shortened to iDKHOW) have caught my attention. While they may be a new indie pop duo on the block, they have plenty of experience under their belt. Members Dallon Weekes and Ryan Seaman are veterans to the music world, especially in the alternative rock and Warped Tour scenes. Weekes was Panic! At The Disco‘s bassist during the Too Weird to Live, Too Rare to Die! era, while Seaman was a member of the band Falling In Reverse for many years. Both musicians kept the project under wraps to avoid press that would possibly compare them to their older work, which is totally fair and justified. The music of iDKHOW is absolutely infectious and pleasing, and it deserves praise that doesn’t rely on the fame of their previous bands. The duo’s debut full-length album, RAZZMATAZZ, is certainly a clinic in creating effective and catchy pop tunes.

Simply put, RAZZMATAZZ is a wildly fun ride. From the first track, “Leave Me Alone”, the mood is set to feel like a party. The song is a perfect introduction to the album and sounds like an interesting mix between other indie pop artists like The 1975 and Walk The Moon. The groove behind the song is one of the strongest on the record, and it does a great job of being one of the lead singles from the album. The following track, “Mad IQs”, continues in the same vein as “Leave Me Alone”, as it keeps the energy up and the groove going. It’s a great one-two punch to really get your blood pumping before the rest of the album. Plenty of the songs, most notably “Clusterhug” and “Kiss Goodnight” focus a lot on making the listener want to dance, which is a pleasing feature that makes the album even more enjoyable.

In addition to the more upbeat and exciting songs, iDKHOW also incorporate a few theatrical ballads that move the record in different directions. One of the more notable tracks, “Nobody Likes The Opening Band”, is a tongue-in-cheek anthem that was my initial introduction to the band. The song is short, but insanely memorable and also filled with a good deal of humor. The track also gorgeously shows off just how talented a vocalist Dallon Weekes is. To me, this song could fit perfectly into a Broadway musical and no one in the audience would ever bat an eye. In addition, tracks like “From The Gallows” and “Need You Here” are slightly more laid-back but still fit with the overall effect of the album. For example, “From The Gallows” takes you back in time to the 1950s with a doo-wop feel that is incising and calming. Moments in both of these songs showcase the duo’s willingness to experiment and take risks, resulting in a varied listening experience.

I think it’s incredible that only two people have the ability to make a record that sounds as full as RAZZMATAZZ does. Tracks like “New Invention” and “Razzmatazz” sound massive, with huge vocal harmonies and layers of instruments. While I’m certainly aware that the overall effect has a lot to do with the large amount of production that went into the album, it makes a huge difference with the delivery of the songs. To be fair, I don’t think that the quality of production should make or break an album. However, in the case of RAZZMATAZZ, it helps lay the groundwork for an excellent overall experience musically.

Hopefully, RAZZMATAZZ can solidify iDKHOW as a powerful force in the new indie pop scene. The songs are incredibly catchy and the production is crisp, clean, and impressive. In all honesty, there is no reason why tracks like these shouldn’t get a ton of mainstream attention. Weekes and Seaman took the high road by focusing more on songwriting than riding on the coattails of their previous achievements. While I’ll admit I may not have heard of iDKHOW if it wasn’t for their connection to Panic! At The Disco, I’m thrilled that they have been introduced to me early on in their musical career. RAZZMATAZZ is one of the most fun albums I’ve heard in 2020, and I definitely hope the duo continues to deliver with any future releases.