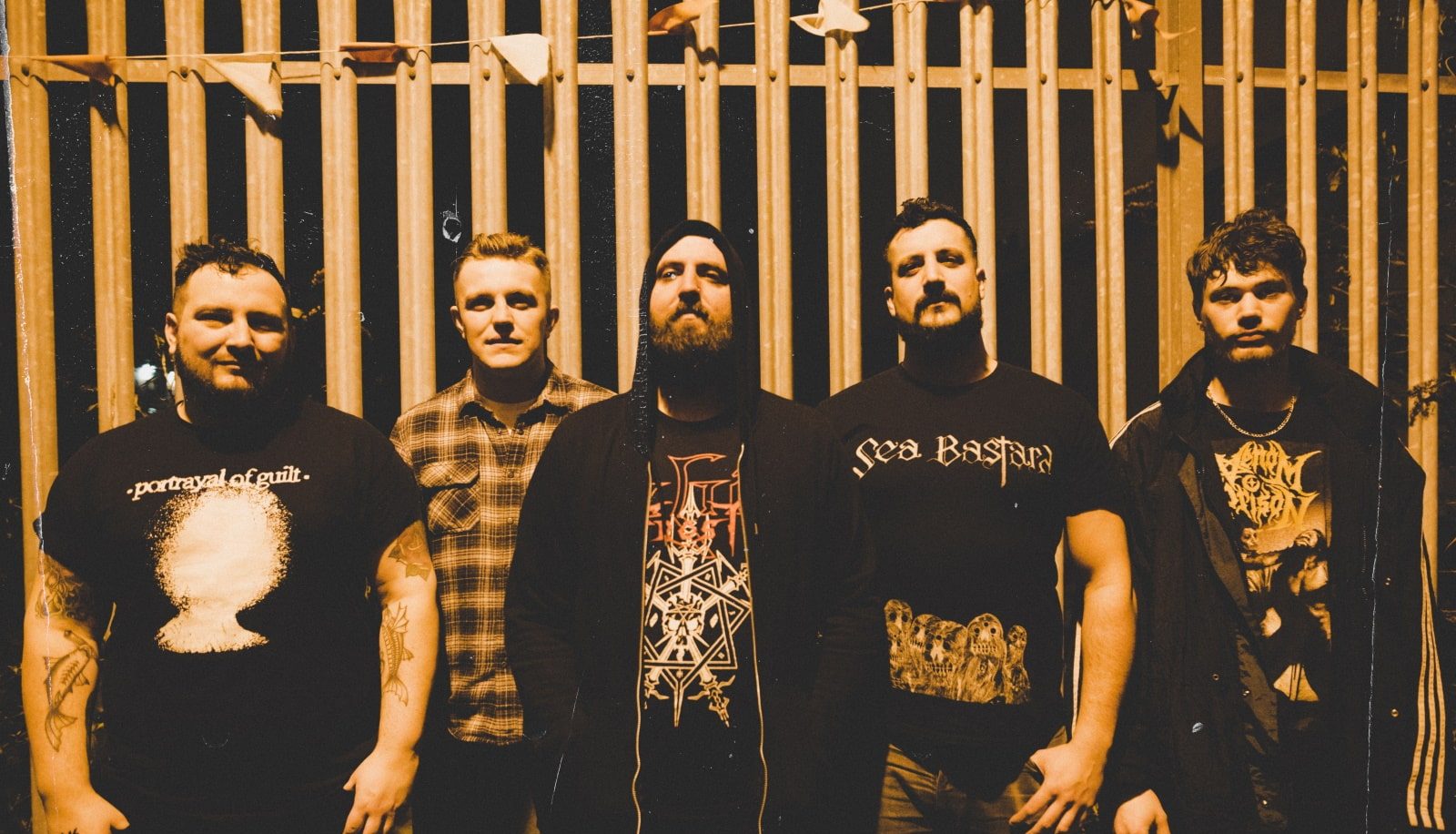 By Tyler KollinokOctober 10, 2020 No Comments

Hidden Mothers mixes the intensity of screamo and the large dimensions of blackgaze to unleash an enthralling and memorable debut EP.

I’m hopefully not alone in my experience with the word screamo. I’ll give you an example (apologies for potentially triggering an awful flashback): you’re with your friends around the time that you’re beginning to listen to heavier music. When the topic comes up, regardless of whether it’s natural or forced, one of your friends decides to comment on it by saying, ‘I don’t understand how you listen to that loud screamo music’. Mind you, there’s a pretty large chance that you weren’t listening to music that’s really screamo. In my example (because this obviously happened to me), this was the terminology thrown at bands like Linkin Park and Disturbed back in the mid-2000s. Because of my experiences, I felt a slight aversion to the entire genre of screamo for a decent portion of my life. I didn’t listen to screamo when people claimed that I did, so why should I fit the mold they created for me?

Once I was introduced to an actual screamo band like Hidden Mothers, the stigma completely disappeared. Hidden Mothers are a five-piece band from Sheffield, UK, and while my words so far may have made them out to just be another screamo band, they are far more than that. They incorporate the intensity of black metal and blackgaze while also creating massive soundscapes heard commonly in post-metal songs. The band’s debut single “The Longest Journey Yet” was released last year, and while the band is definitely new to the scene, they showcase a very strong maturity toward songwriting. Hidden Mothers‘ new three-song EP, simply titled Hidden Mothers EP, continues in the right direction from “The Longest Journey Yet”.

While it isn’t uncommon for heavier bands to include raw emotion in their music, that isn’t something I was initially aware of. For the longest time, I was only familiar with cookie-cutter radio rock bands that followed a formulaic approach with their music, typically involved with tough-guy mantras and generic riffs (jeez, that was pretty harsh). Bands like Hidden Mothers prove that really intense music can hold the same fervor as any other genre. As an example, the opening track “Beneath, To The Earth” includes an introduction that punches the listener straight in the face, but soon turns into a stripped-down and haunting section that reveals a more intimate side of the music. The vocals shift from vehement shrieks to a clean melody that is sung with evident pain and sadness. After the quieter section, the song builds back up into a gigantic climax that hits as hard as the introduction does.

The second track, “My Own Worth”, begins in an entirely different fashion from “Beneath, To The Earth”. Rather than revealing the song’s power from the very beginning, it starts in a more somber and melancholic state. The track has more of a straight-ahead groove than the others, but it fits perfectly as the song in the center. The distant, yelled vocals during the more reserved section add a feeling of despair and emptiness that is eventually quelled when the song’s tempo and ferocity changes again. The dynamics switch gracefully from soft and brooding to loud and aggressive, creating a contrast that keeps the song moving.

My favorite track of the three is definitely “My Blindness, Your Burden”. The beginning continues in the vein of the other two songs, but when the song reaches a section around two minutes in, it switches the fast-paced drums for a wildly heavy riff that introduces the beginning of the end of the EP. Hidden Mothers switch the black metal influence for more of the post-metal style, slowing the song down and creating the most crushing moments out of all three songs. The end of “My Blindness, Your Burden” is gorgeous in the most distorted way, and it allows for the build-up that has been created throughout the EP to finally be released.

Hidden Mothers EP is a strong debut from an incredibly solid band. However, at only 17 minutes in runtime, I’m definitely left with a hunger for more. While that sounds like it could be taken as a negative point, I believe that it is perfect for this kind of short EP. Hidden Mothers perfected the sound they wanted to deliver in all three tracks, and quality is definitely better than quantity. If you need your fix of the brutal emotion found in screamo and the intense wall-of-sound found in black metal, look no further than Hidden Mothers EP.