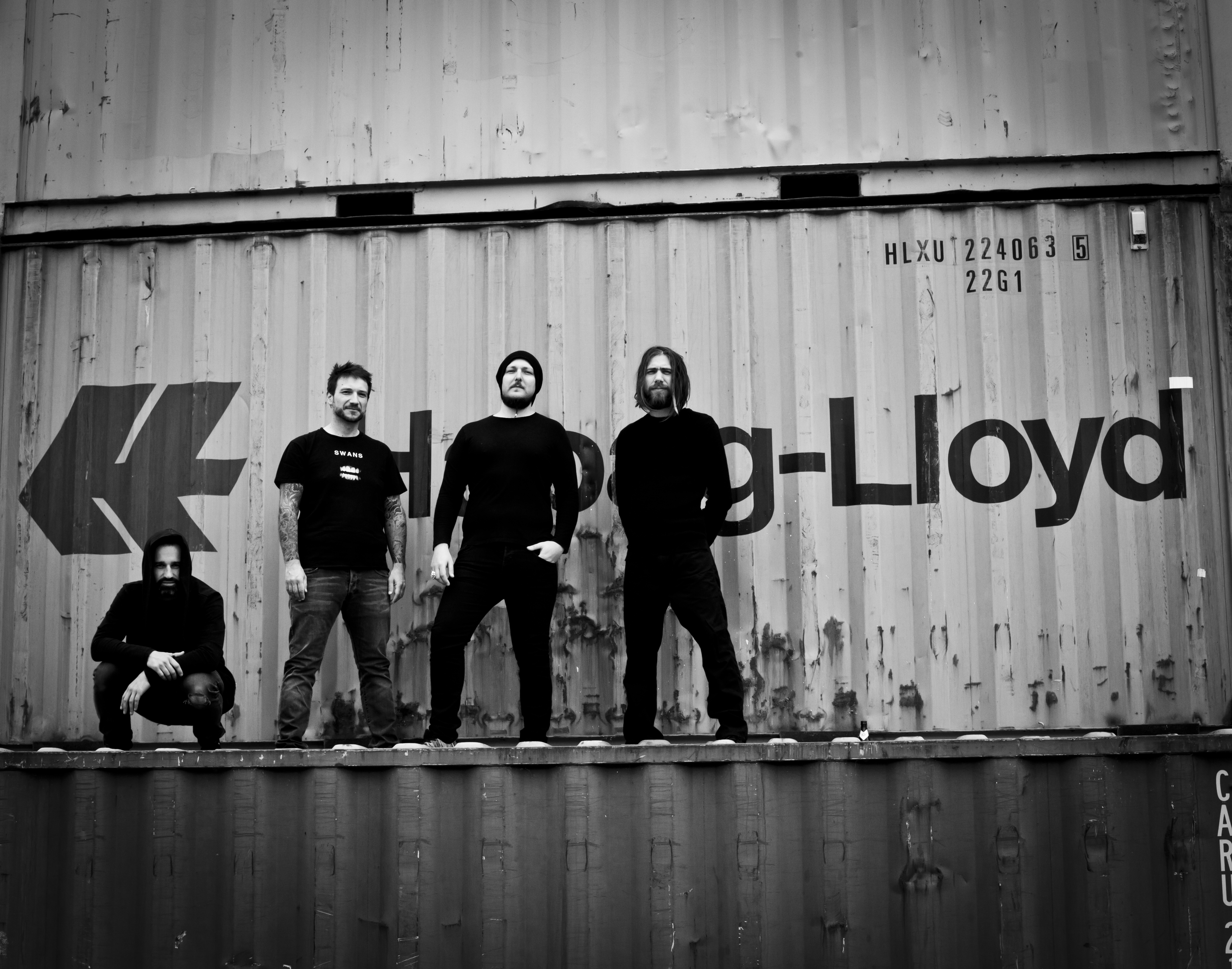 Sombre Dessein is an effort by the band Herod to deliver an organic and intriguing piece of music filtered through the precision and sophistication of math metal.

Some bands take no time introducing itself and following their glorious lead, I shall do the same today. Herod is a band from Switzerland that combines jumpy, polyrhythmic math metal straight from the Meshuggah cookbook, with The Ocean-esque post-metal so gritty it could make a distortion pedal shudder. As quickly as we’ve gone through this intro as quickly we will jump straight into the album’s first track.

The first full-length track on the record is “Fork Tongue”. Huge, colossal riffs open this track like giants cutting through dense forests with every step. Each harrowing power chord is shortly followed up with a bouncing lead line, which is almost funky in style, only ever so slightly off beat. On the vocal front, we have raw, yet refined growls and shouts that pleasantly set themselves on top of the mix due to their mid-heavy nature. After half a minute, the band brings more movement into the instrumentation by adding a solid groove to the rhythm guitar, while the lead stays mostly in odd-metered territory. Speaking of which, the lead guitar especially brings a grin to my face as it is the perfect counterbalance to the unrefined atmosphere of bass, drum, and rhythm guitar, acting like a drill to shape this diamond in the rough. In the middle of the track, we see another shift in the movement, escalating even more towards the unrelenting grooves teased by the lead before. This constant escalation makes “Fork Tongue” seem like a freight train violently derailing in slow motion. A feast for every lover of heavy music.

Another mind-altering track on Sombre Dessein is “Silent Truth”. Do not be deceived by the title, this one isn’t going to slow anything down. The beginning makes a pummeling, palm-muted riff that grinds the listener into shape for what’s to come. While the drums hold a steady backbeat that helps the track stay in line and give the feeling of an even-metered groove, the guitars and bass go all out. And just when track seemingly plows through like an unstoppable force, it slows down to show off the rare clean vocals on this LP. After that, we are introduced to a more post-metal, almost Neurosis-sounding droning of distortion and bass drum. This illustrates the dynamic and duality Herod puts into their songwriting, not giving fully into the synthetic, mathy riffs and instead alternating their sound with organic instrumentation.

On songs like “Mourning Grounds”, we get a mix of the two. Somber post-metal riffs give off a lethargic grunt, while the overall beat of the track snarls and hisses like a snake. To further the metaphor of duality, even the clean and guttural vocals overlap on this track, as if to hint at this concept.

This incredibly hypnotic, enchanting display of audio-violence tries its hardest to stay focused and precise like a machine, yet lush enough to still feel organic and human. The band created a singular piece of music that wonderfully works the line between robotic convulsions and fresh, vulnerable breath of humanism into the genre of math metal. And to that I can only say, kudos.