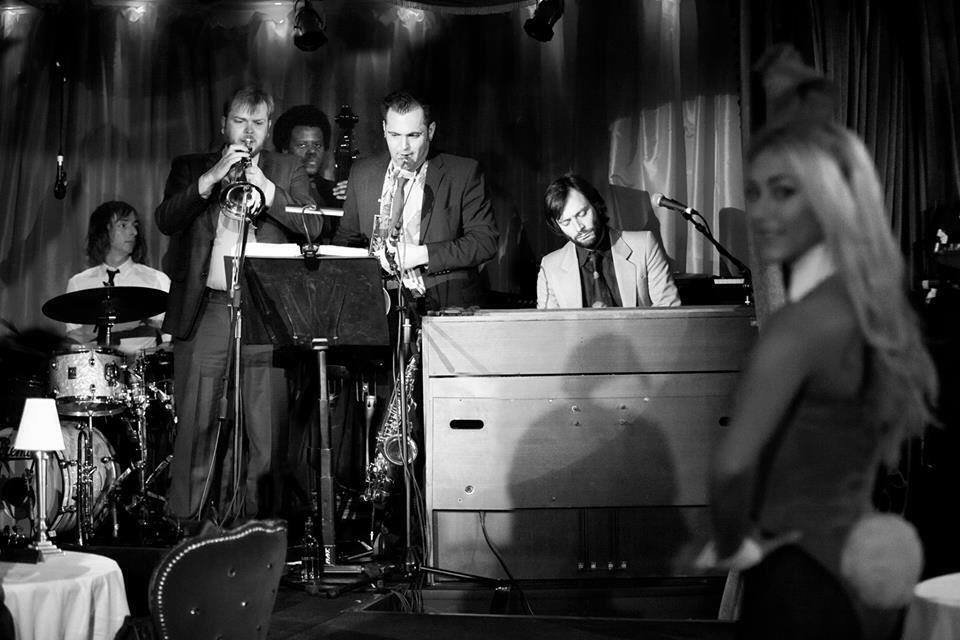 By Robert MiklosAugust 3, 2020 No Comments

2020 may be a horrible year all around so far, but the music is amazing. Greg Foat‘s Symphonie Pacifique makes no exception as one of the finer jazz albums out there.

I hadn’t even heard of Greg Foat until I picked up his latest album for this review. It is needless to say, yet worth underlining, that I regret not finding his music earlier. From what I gather, Greg Foat is basically at the top of the jazz food chain in the UK. Something that really made a lot of sense upon diving properly into the record at hand. There’s something ineffable about the modern British jazz scene that makes it vibrant in a very special way. I also gather that Symphonie Pacifique is merely the latest in a long line of Greg Foat‘s musical repertoire. Unfortunately, I have not had the pleasure of reaching in and going through past works to obtain that welcome insight into how sounds may or may not have shifted.

Whereas a great deal of the albums I do decide to take up for review leave me speechless and in something of a general confusion in terms of a write-up, Symphonie Pacifique makes the words flow much like itself. That would be cursively, gently, and colorfully (without too much flash). I’d like to begin with how I caught myself laughing heartily at the fact that, after five laps around the album, I realized I didn’t remember a single note or phrase, as if I had never heard it. Now how can something like that happen? It occurred to me a few laps later that I simply zoned out hard because of the laid-back vibe. It’s something hypnotic, albeit not the kind of trait that immediately pops in the foreground. Naturally, I continued zoning out until I remembered I have a life to attend to and I just can’t keep doing this.

Of course, it’s not just the laid-back vibe that lends magic to the whole journey. The soft and mellow instrument tones and the apparent lack of timbral (or tonal) dynamics when paired with the consistent compositions keeps everything steady and focused, kind of like a mantra. I say apparent lack because at a glance there isn’t a lot of boom throughout, however there is plenty of nuance and engagement scattered throughout for fans of the genre and for the patient listener.

From a compositional standpoint, I can’t say that there’s anything revolutionary going on, although simultaneously I can’t find a single weak spot. From top to bottom, we’re looking at a very solid piece of work with the kind of consistency that doesn’t end up being monotonous, which is great considering that the album goes on for a proper hour. As mentioned previously, there is plenty of nuance to go around, in spite of no particular emotive cues being brought onstage. Obviously that isn’t anywhere near a reason to complain, however it would’ve been something nice to have. In that aspect I am reminded of We Like It Here by Snarky Puppy.

Similarly, the same level of top notch musicianship is present, like in Snarky Puppy. I also assume that besides these parallels, I have been tempted to make the comparison to Snarky Puppy because there are a lot of textures and vibes that feel like they share plenty of common ground, what with being mostly so lively and upbeat. What is, however, one of a kind is the production. On the tracks in the beginning we hear the percussion on the right, the bass on the left and the piano simply fills up the rest of the space. This reminds me strongly of Ryu Fukui‘s Scenery. I find that kind of panning oddly satisfying, reminiscent of how you would listen to a small jazz band playing in a tiny cafe. On other songs, such as “After the Storm”, we’re treated with a highly atmospheric type of delivery which feels almost out of character from the preceding tracks.

Instead of going for a track-by-track breakdown, I’ll leave it at this – there’s plenty to experience in this album and it would be a downright shame to spoil all of it right away. Symphonie Pacifique has already been out for a while now, and some of you may have already heard it. For those of you that haven’t and are going through these lines, stop reading and start vibing out to this record. It’s a lovely sonic discourse that will surely make it to the end of the year lists.