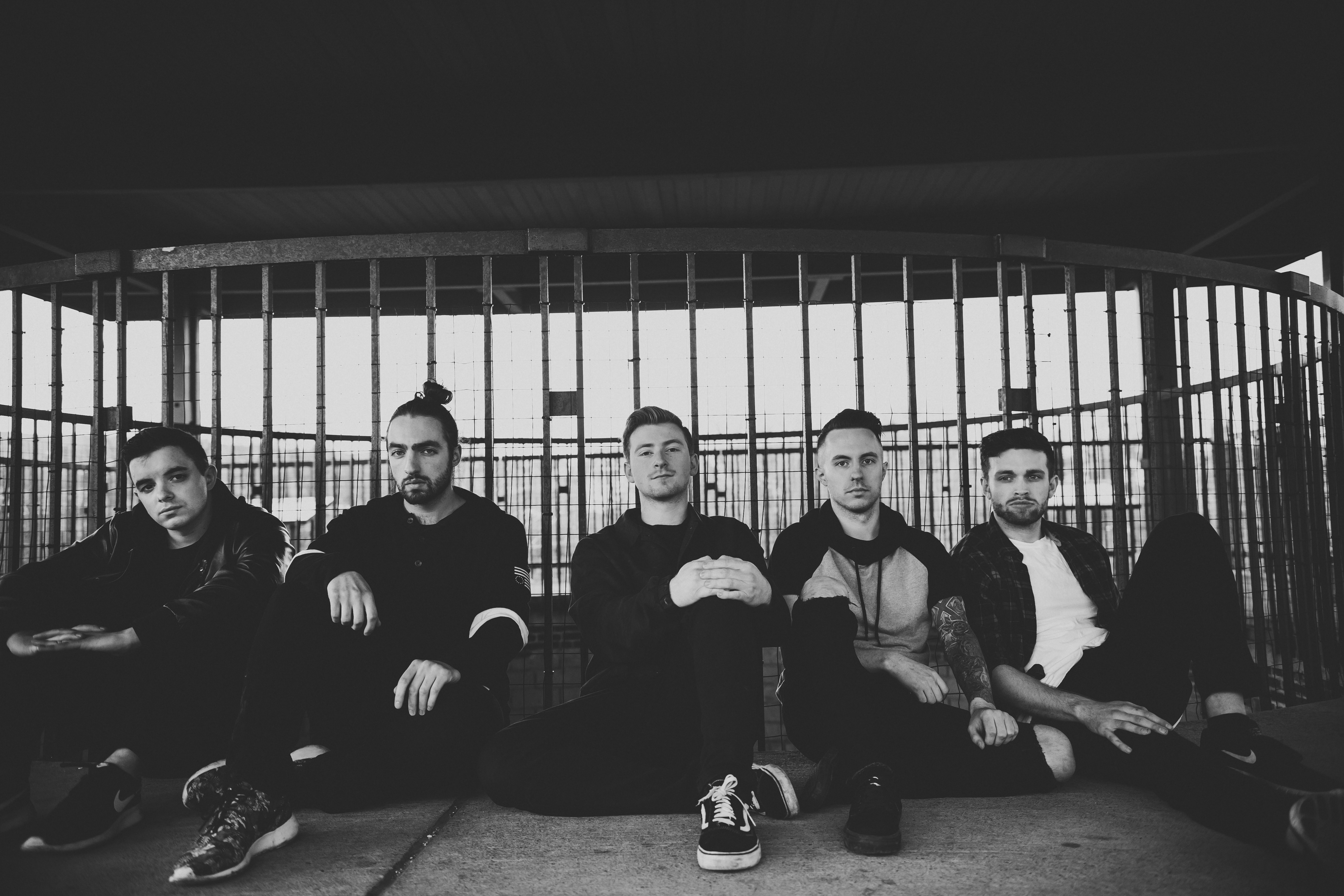 Currents – “I Let The Devil In”

By Landon TurlockDecember 11, 2018 No Comments

I Let The Devil In is perhaps the most streamlined and cohesive release we’ve heard from Currents. It shows the band consolidating their strengths and setting themselves up for more mainstream appeal.

The name Currents seems to be quickly spreading across tour posters and websites within the metal community. Their full-length debut, The Place I Feel Safest, came out last year on SharpTone Records, and was celebrated by many fans of metalcore upon its release. After a year and a half of relentless touring, the Connecticut-based group have returned with I Let The Devil In, a five-song EP that shows just how quickly the band are progressing as writers.

With five tracks and twenty minutes, I Let The Devil In wastes little time grabbing the listener’s attention. Currents forego the usual opening interlude on “Into Despair” for quick and quiet chiming guitars that flow, unexpectedly, into a post-black metal-inspired passage that precedes a stomping verse. The opening track shows the band’s fluency with various subgenres of metal. It is immediately apparent, however, that their previous ‘technical’ descriptor does not as readily apply. Instead, there’s a restraint that lends the song a more mature, collected pace. And, as unsurprising as they are, the screamed lines ‘I sat back and let the devil in’ that herald a devastating breakdown are simply cathartic.

Opening at its heaviest, Currents explore punkier and hookier passages as the EP unfolds. The centrepiece of “My Disguise” is a catchy chorus that shows just how much the past year and a half has benefited Brian Wille’s singing. We hear his voice take a larger role in the metalcore balladry of “To Feel Empty”, as well as the more mid-paced “The Rope”. Although the occasional angsty note feels a bit strained, the performance feels much more impassioned and genuine than on The Place I Feel Safest.

While no song on I Let The Devil In is disappointing, it is book-ended by its strongest offerings. Where “Into Despair” is blackened, brooding, and dark, “Forever Marked” ends the EP with what is probably the most energetic, angry, and catchy track offered here. The chorus is raw and Linkin Park-esque, but surrounded by punchy grooves, melodic leads, and throaty screams.

On I Let The Devil In, Currents seem to have used their past year on tour to pound their sound into something more straightforward and road-ready, eschewing excess technicality and grandiosity for a grittier, hooky sound. Of course, this does mean that some of band’s previous identifiers (most namely, Chris Wiseman’s impressive guitar work) have been dialed down, but this seems to be done only with the benefit of the five songs heard on the EP in mind. The Connecticut quintet are not reinventing metalcore, nor are they trying to – their aim seems to be to craft strong songs in a genre they’re comfortable with. For the most part, they succeed; these tracks seem more cogent and confident that Currents‘ previous work, even if some of their uniqueness has been lost in the process.  With diverse tempos, obligatory and hard-hitting breakdowns, and carefully placed melodic hooks, I Let The Devil In will appeal to most fans of modern metalcore.