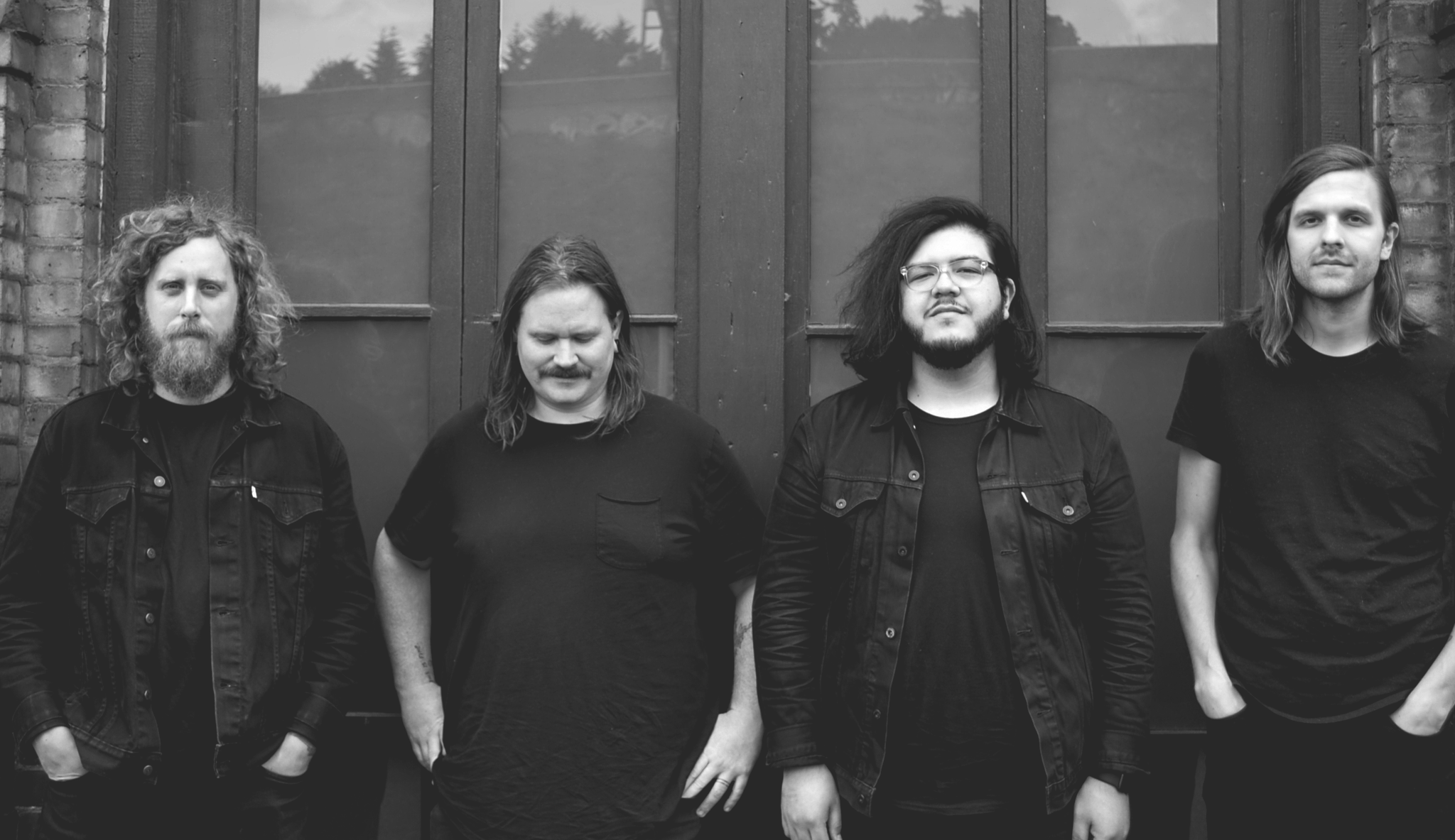 By Shaun MilliganOctober 6, 2020 No Comments

Do you crave boisterous, unsettling vistas of musical commotion? Then rejoice, for Death awaits – the sprawling, dense Coastlands kind, that is.

The title pretty much sums it up, doesn’t it? If you seek an experience that embodies the delicate stroking of tender daisies, carefree frolicking through meadows, and the melodious warmth of birdsong, you’re a long way from home. This is the very antithesis: this is clutching brambles, staggering barefoot across rocky wastelands, and the audible orchestration of collapsing mountains.

For their part, Portland’s Coastlands affix no explicit interpretation to their fourth full-length outing. One posited notion concerns the demise of the group’s prior form – renowned for their somewhat evocative ambience. Armed now with Andy Ramirez and Trent McIntyre (on bass and drum duties respectively), Coastlands have ventured far from the pastures once inhabited – instead firmly entrenching themselves into the monstrous territory they now occupy.

Another theory is that the record represents a means through which one can lay to rest any lingering facets of past existences that stifle growth and life. The band members themselves reportedly used the creative process of Death to confront and work through various events in their own lives, seeking to attain peace through the pain by using the album’s formulation as a catalyst.

Death was mixed by Kurt Ballou and mastered by Magnus Lindberg – boasting experience between them with the likes of Russian Circles, Cult of Luna, Converge, and Brutus, which bodes well. And the largely instrumental record is all the richer for it: the low end runs particularly rampant in the midst of a mix that’s intentionally gritty without ever sacrificing quality.

Frequently described under the post-rock umbrella, though showing increasing steps toward post-metal, Death heaps the unchecked aggression of the latter onto the liberal texturing of the former. This achieves a sound that – building on previous record The Further Still – will undoubtedly have fans of more intense, raucous post-rock rubbing their hands gleefully. The best advice I can offer? Take a deep breath, because once you dive in, you won’t be resurfacing from its depths for some time.

There to welcome you once you’ve acclimated to the gloom is the electrifying “Abandoner”, an atmospheric opener aptly capturing what follows across Death‘s six tracks. A little later, you reach “Red Smoke Flare”. Its fleeting mildness proves little help in preparing you for the album’s remaining onslaught as you’re already mid-maelstrom by this point. It’s a brooding, menacing calm that only serves as a brief reprieve from the crashing of cymbals and walls of noise.

This colossal nature of the music is constant. Alongside the relative accessibility of “Lay Waste” and memorable melodic phrasings of “Feverwind”, the drumwork actually feels like one persistent, battering force with very little relent. McIntyre’s performance on the kit perfectly accompanies the record’s other instrumentation from start to finish, amid what seems an endless barrage of distortion and reverb, all tinged with a potent sense of unease.

“Dead Friends” is the clear pinnacle of Death for me. A reworking of an old composition, it hails the first ever inclusion of vocals in a Coastlands song, an element that wrenches it firmly to the foreground of my experience with the record. The volatile passage in its final minutes features vocals from Glassing‘s Dustin Coffman, and is comparable to the ferocious conclusion of Holy Fawn‘s fantastic EP, The Black Moon.

Preceded by somewhat uplifting composition, a solitary, jarring, and totally uncharacteristic musical note arrives – around four-and-a-half minutes in – and immediately shifts the entire atmosphere of the song in an unnerving display of musical power. You’re suddenly snapped out of any implied sense of hopefulness; jeopardy and uncertainty enslave your senses, and the remainder of “Dead Friends” devolves into utter carnage with a simple repeated riff of pure malevolence.

This path of sprawling, sonic destruction is consistent throughout the album, right up to the solid wall of guitar and blistering snare at the borderline black metal close of “Marrow”, wherein I was cast aside – sufficiently battered and yet instantly prepared to undertake the perilous journey all over again.

The irony is that for all of its apparent morbidity, Death is actually brimming with life. It’s just the dissonant, violently cathartic kind that lays siege to your ears. It’s the brutal kind we are currently witnessing on the world stage, in which we as humankind find ourselves seemingly on the constant brink of full societal meltdown. Living despite life, as it were. ‘All I know/All I trust/Only death lays claim to us‘, Coastlands proclaim at one point. Pervasive in every sense, Death pulls no punches, and I’d wager it’s better if you just accept it and submit.