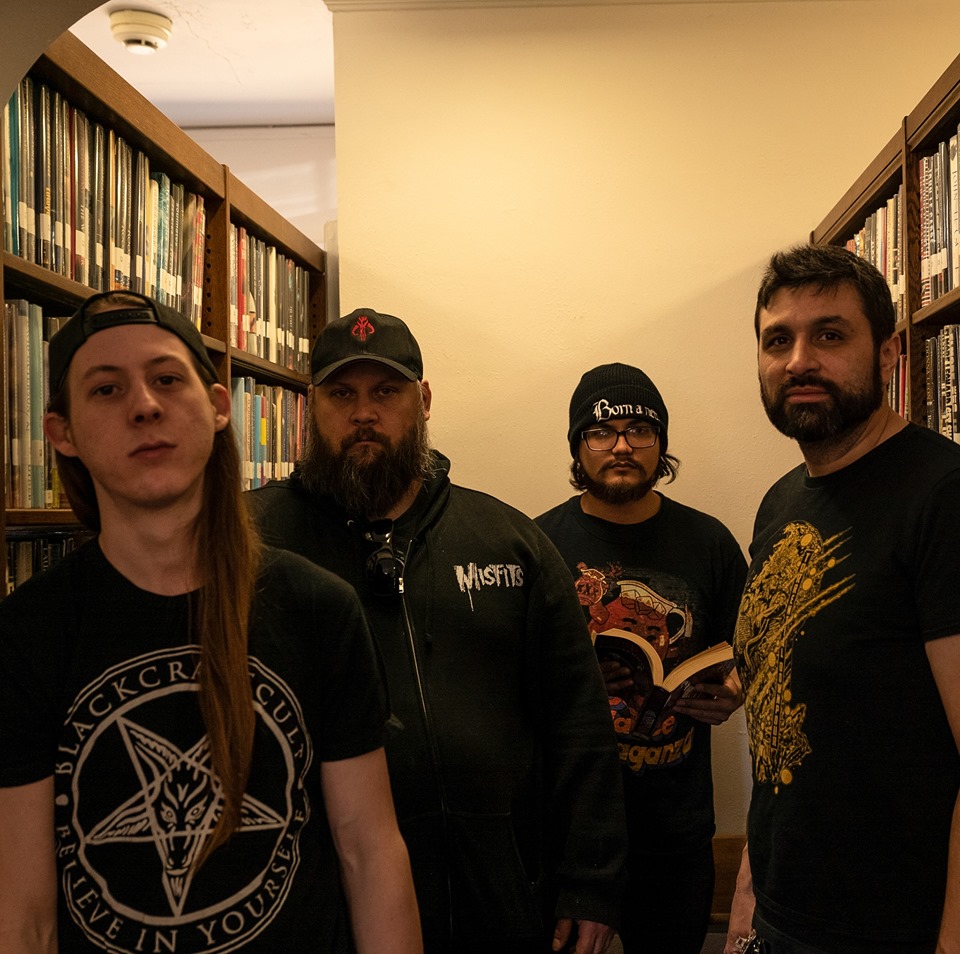 Circuit of Suns aptly add to the bar they have set with their debut. While Night Sister isn’t a full-length record, it definitely packs a punch like one.

Hailing from New York City, Circuit of Suns was brought to life by guitarist Mike Darin at the beginning of this decade. Following in some of the footsteps of bands like Car Bomb and Meshuggah, Circuit of Suns blends together a technical rendition of math metal and deathcore with atmospheric textures splattered across. Four years after their self-titled debut, the band comes back with a fresh EP as a follow up. They manage to one-up on basically every angle of the final product, which is quite a reassuring fact.

Looking at the overall record, we don’t see any dramatic shifts in architecture, but when prodding the details there is a veritable well of nuance in which the band has tapped into compared to the debut. This is where all the one-upping becomes obvious. Stylistically, we are also treated to more or less the same recipe, albeit with more diversity in place this time around. The trademark straight machine-gun trills executed by overlapping guitars and percussion successfully propel the action forward, with a more refined emphasis on its supporting rhythmic backbone. This aspect is quite visible when looking at “Insidious Apathy” and “Diminishing Returns”, so is the structure of the grooves which took a turn for the even-better. The chaotic dissonances of the lead guitar also underwent some improvements. It feels like their timing in the whole blend is much more organic so to say, providing a plentiful aggressive effect.

The clean parts appear to have the greatest amount of improvement on their side. The self-titled intro track features a nicely textured ominous synth, which foreshadows the upcoming torrent of churning delight with its progressive swelling. Bits of this return in the beginning of “22” and “Eulugy” making for some proper song openers. Scattered throughout the songs we have more of this, adding an expansive edge to the already massive mix. During “Purge” and “Eulugy” all this makes for a gargantuan atmosphere, which is aptly accompanied by the clean vocal harmonies. The progressive edge that is sought with the stark contrast in tonalities and the dynamic of varying arrangements is better crystallized this time around. Everything feels much more cohesive and homogeneous when compared to the previous record. The improved production value is also a noteworthy plus in the grand scheme of things.

Circuit of Suns deliver all the goods with Night Sister. I, for one, was hoping for more material, but who can realistically complain when the little there is, is so well put together? Between the demolishing riffing, the ethereal vibes, and the technical prowess present, there isn’t room for anything else but praise. The band’s identity feels much more in place and it feels like whatever it is they are going for is becoming much more intricate and dense. If you ask me, Circuit of Suns is going places if they stick to their guns. Night Sister is a great follow-up to a great debut, a must for all fans of the extreme niche.