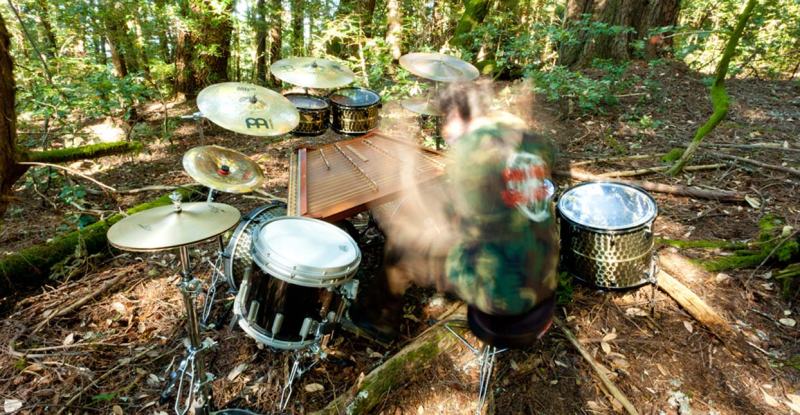 By Scott DemersNovember 9, 2019 No Comments

Botanist continue to grow and spread their collective soundscapes with their latest, Ecosystem. Here we see a much more elevated and airy rendition of our favourite green metallers.

Welcome, and step right into the green sanctuary of the Verdant Realm, where the crazed Botanist resides – or maybe not so crazed now that I think about it. The once incomprehensible ramblings of The Botanist who locked himself away from the world intent on destroying itself are maybe more sane than they once seemed. Either way, take everything you once thought of as normal and throw it away for now, because we have entered into the green world of Ecosystem, the newest release from Botanist and the latest in their ‘Collective’ series.

For those not familiar with Botanist, they are a black metal band turned green. They’ve flipped the switch and adopted their own unique way of playing, dubbing it green metal. Botanist replace the heavily distorted wall of noise that the guitars of black metal create and instead use a hammered dulcimer. They have a sort of DIY mentality when it comes to creating and crafting their sound, which has improved greatly over the last few years. What was once harsh and sounded like it was recorded on a damaged tape recorder has become a very enjoyable take on this kind of music. This was ultimately part of their charm.

Ecosystem is a more melodic album, I want to say, and a little more forgiving than their usual forays, at least musically. Every instrument is able to stand out on its own and is able to distinguish itself from the others. The vocals have undergone a similar transformation as well: on top of there being much more clean vocals, they are much more crisp, which is made especially apparent in the song ”Abiotic”. I can only speculate here, but the cleaner sound is maybe Botanist’s hope for what the world can and should be in the future – cleaner and easier to breathe. All of this is carrying on what they have accomplished in their previous albums, VI: Flora and Collective: The Shape of He to Come.

Likewise, Ecosystem has a pretty short runtime that flies by quickly, lending support to my theory about wanting things to be more breathable. For the uninitiated with Botanist, this album might be a good jumping in point, because a deeper dive into their discography is well worth it. I remember the exact moment they clicked with me, and I have never looked back in regret. There’s something about them that is so intriguing to me, which is why I jumped at reviewing this album. The soothing and natural-sounding nature of the hammered dulcimer is a genius addition to this style of music that it begs the question ‘Why hasn’t this been done before?’.

A complaint I do have with the album is that the crisper production quality kind of feels…samesies. By that I mean, the mastering is almost too perfect, because the usual ebbs and flows that music had seem to be missing. Each song moves seamlessly into the next, and usually this is a good thing, but here it becomes almost forgettable. From song one all the way to the last, there’s not a whole lot of nuance or change throughout Ecosystem. I’m still trying to determine if this is a positive or negative thing, truthfully because I am a sucker for whole concepts and album flow. For now, all I can say is that this is something the listener will have to determine for themselves, because Botanist have created something well worth listening to.

Ecosystem takes a less abrasive approach to songwriting than their previously released album VI: Flora, which was their least harsh release to date at time of release. Ecosystem takes that approach one step further making it their most airy feeling record yet. There is an overall dream-like, flowy feel within the songs of Ecosystem, which lends itself to a more cohesive and full sound overall.  While there are certainly some ups and downs (or lack thereof), Botanist gave us something interesting and definitely worth the time to listen. 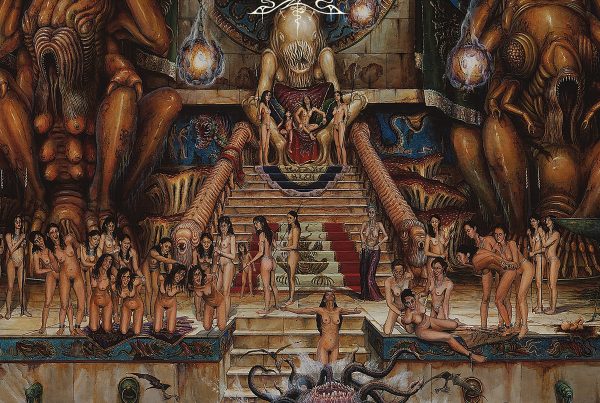 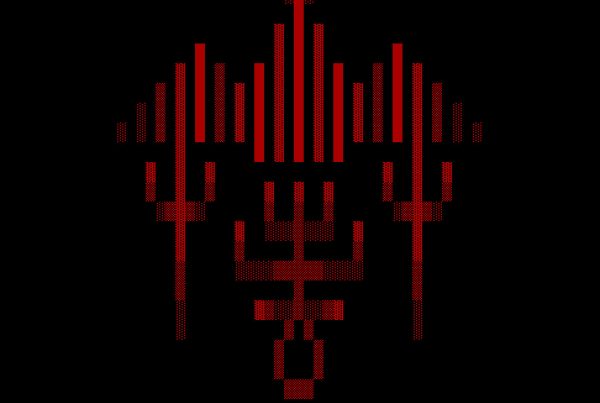