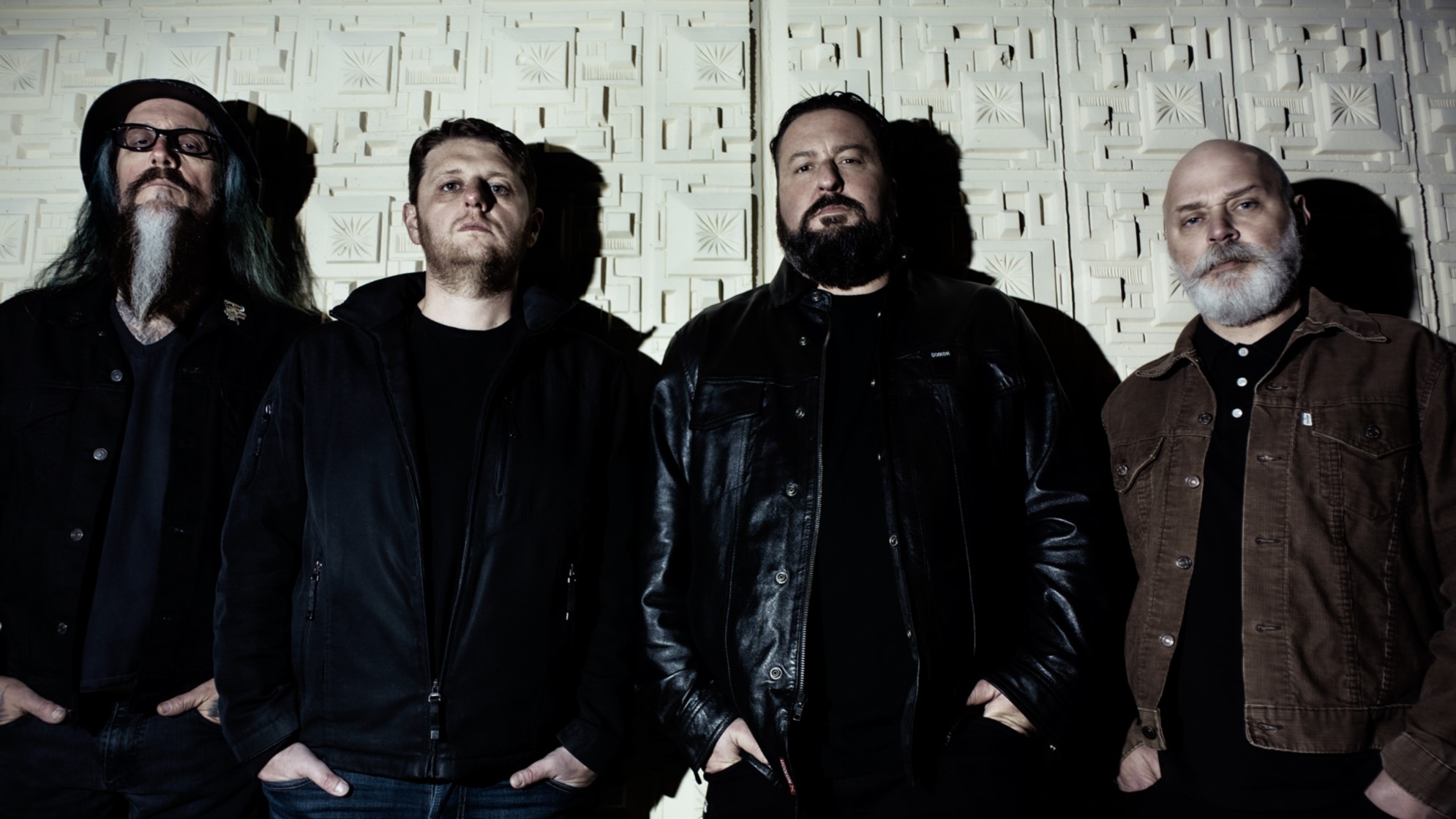 By Shaun MilliganJune 5, 2020 No Comments

Aggression as catharsis is the order of the day, Dream Squasher possesses immovable solidity and unwavering anger as -(16)-‘s latest slice of sludgy, stoner doom amply does what its title suggests.

After a historically gruelling journey of changes, personal battles, and internal conflict, -(16)- are back with their strongest lineup to date and a bludgeoning eighth full-length album. The Californian quintet are, in essence, the absolute antithesis of tranquil, having been considered stalwarts of heavy riffery over the course of their almost thirty-year career. You’ll be pleased to know that hasn’t changed.

*Content warning: the quote after the next paragraph contains a brief reference to suicide*

Those of you familiar with the band’s previous works will already know, but one emotion you won’t find on this record is apathy. -(16)- have been through some things over the years, and it’s almost imposing just how disgruntled Dream Squasher is, even by its moniker alone. When sharing about the effort taken to inject a little positivity into the album’s lyrics, vocalist and guitarist Bobby Ferry simply said,

‘The best we could come up with is loving your dog so much, you’d end up killing yourself if the dog dies.’

Musically, anguished roars pummel from the get-go, as “Candy in Spanish” takes the ground from underneath you. You often hear the phrase ‘wall of noise‘ – this is more of a cliffside. Solid lead guitar work is smeared over gritty rhythm guitar, crashing drums, and the murkiest of bass to produce a sound that is best described as vitriolic; and it’s present from feedback-filled start to finish.

It bears repeating that the lyrical messages on Dream Squasher are very forthcoming. There is clear intention with each utterance and growl from long-serving vocalist Cris Jerue and Ferry – a new addition to the band’s mic duties. The record’s repeated emphasis on deceit, disaster, and the damage humankind can do is far from a superficial grab at the angst angle. ‘You’re an animal!’ comes the distressed cry sampled at the beginning of “Acid Tongue”, before the monstrously stark reply:

Jerue and Ferry’s snarling vocals play out over a varied and bitter musical soundtrack, with hidden moments of intrigue and flourish tucked beyond whichever broad genre descriptor may have initially piqued your interest. It might be the sprawling, desert croons and organ of “Sadlands”. No? Perhaps it’s the catchy groove of “Summer Of 96”, or aggressive palm-muting of “Screw Unto Others”. Hell, it could even be the flat-out thrash punk of “Ride The Waves”, or the harmonica-induced intro to “Agora (Killed By A Mountain Lion)”. The point is, -(16)- have woven enough variation into the fabric of Dream Squasher to keep you engaged all the way through, right up to the point that “Kissing The Choir Boy” finishes.

The more unusual choice cuts on the album are found on “Acid Tongue” and “Me And The Dog Die Together”. The former progresses at a rate barely beyond a standstill. Layering sampled snippets of gloriously ballistic speech from 1985 flick Runaway Train over its distorted backdrop, ‘Pay attention to what I’m sayin’, motherfucker!‘ is the order given. It’s hard not to.

Meanwhile, the latter may sound like a John Wick reference, with its bold title and barked sentiments. But paws for thought, because the accompanying video clarifies that this song is somewhat a breed of its own. There’s a clear bone to pick as the band unleash sonic hell. Is five enough canine-related puns? I think so – my work here is done.

It has been a long time since I heard an album with this much rage and resentment at its core. As usual, -(16)- have pulled no punches, with Dream Squasher laying their turmoil and discontent bare for all to experience. It combines a breadth of musical avenues into a thoroughly enjoyable, sludgy package of doom that is anything but neat and tidy. What it is, is raw, tumultuous, and heavy as hell.