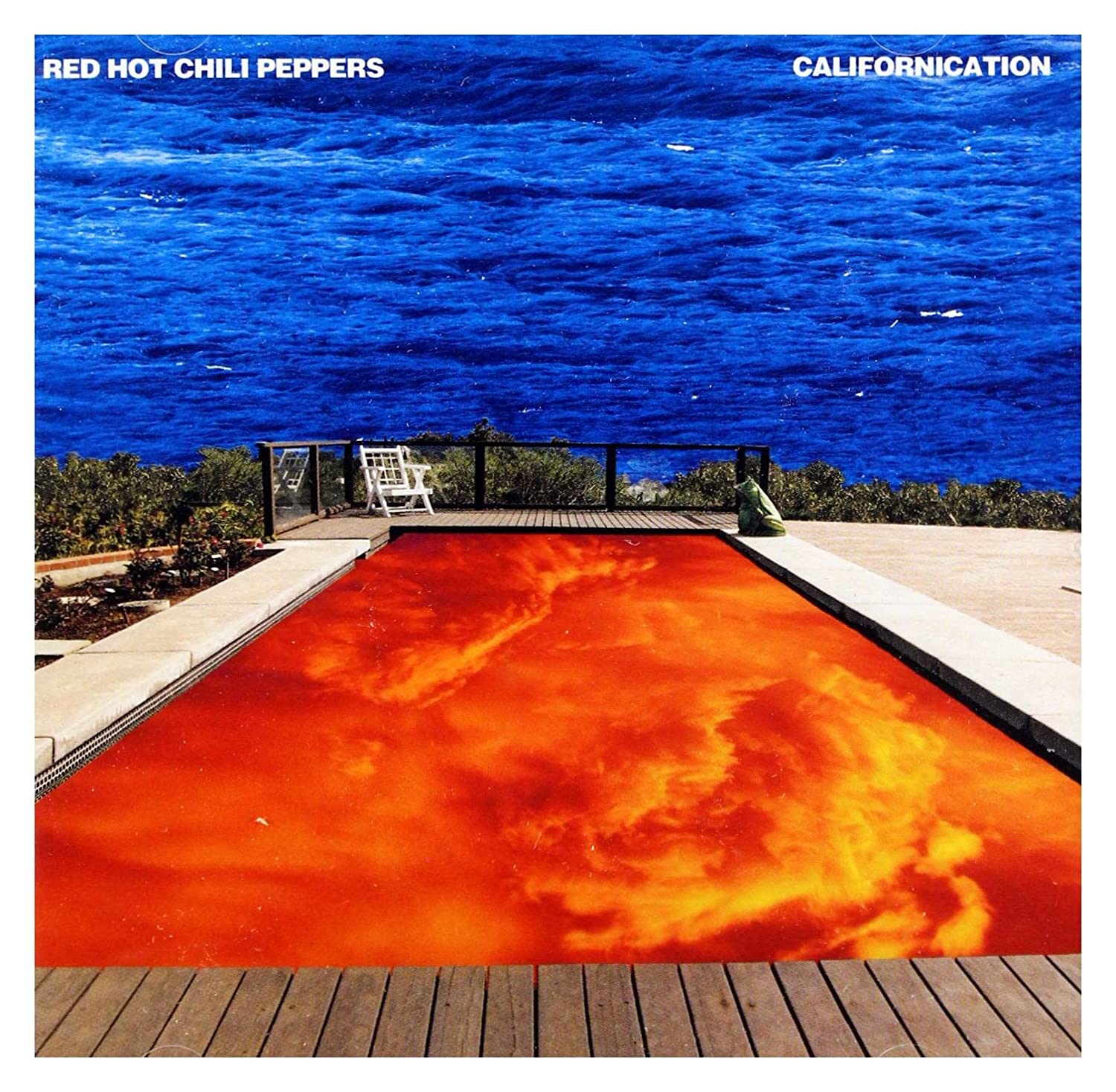 By Dominik BöhmerJune 5, 2021 No Comments

Summer is finally upon us, and although it’s still predominantly muggy and overcast these days, it won’t be long until the sunny season comes into full swing with bright skies and tons of sunshine. What better moment, then, to talk about one of the essential summer records than this? 22 years ago, the Red Hot Chili Peppers released Californication, and it’s still as relevant as it was back then, becoming an instant smash hit upon hitting the shelves and dominating the airwaves with its stand-out singles for years to come.

Let’s start with some blasphemy: I don’t like the funk-heavy era of the Red Hot Chilli Peppers. Maybe because I don’t like funk that much, who knows. That’s why I’m happy that we chose Californication as the album we talk about in this ASIR over fan-favorites like Mother’s Milk or Blood Sugar Sex Magik.

I was never an avid fan of RHCP. When I saw them live once, they played an uninspired and pretty lifeless set, overshadowed by the intense performance of their support band, My Chemical Romance. Growing up in the 90’s and 00’s, the band was always kind of present. Every party had some RCHP songs on their playlist, you always knew a bunch of poeple who were obsessed with them, and if you turned on the radio, chances were high a song of them was in heavy rotation. Me being deep into grim metal back then, I usually only had a snarky comment left for them.

In reality, I tried to learn most of the songs on Californication on guitar, which played an integral part for me to getting closer in touch with my instrument and ultimately, appreciating the Red Hot Chilli Peppers as great songwriters. While I’m still not the biggest fan of Anthony Kiedis’ voice, the instrumental part of the band impressed the hell out of me. And for me, they never were more in touch together than on this very album.

I always gravitated towards the more relaxed songs by them, so I learned to adore songs like “Scar Tissue”, “Otherside”, “Californication”, “Porcelain”, “Savior”, or “Road Trippin'”. Every time the band turned down the funk, they started dabbling in other styles, always carried by an excellent rhythm section in Flea and Chad Smith, and Josh Frusciante’s incredible sense for rhythmic melody. Especially their excourses into psych rock on “Savior” or even folk on “Road Trippin'” and how easily they seemed to write world hits while never loosing identity is just damn impressive.

I can’t imagine a music enthusiasts who hasn’t checked out Californiation at least once at some point, but especially if those days are years ago, I can highly recommend to revisit the record, maybe with a fresh perspective of a progressed musical taste. I’m spinning it right now writing those lines, and I’m enjoying the hell out of it. Can’t keep my head still for one second.

Californication was the album that really cemented Red Hot Chili Peppers as a tour-de-force of the rock scene, projecting them to elevated heights that their funk rock-focused previous albums couldn’t achieve. The stadium rock is strong with Californication, with songs like “Scar Tissue”, “Otherside” and “Porcelain” becoming anthems late into the ’00s. RCHP benefitted from continued radio and club playtime due to their accessible vocal hooks and light instrumentals that got people feeling good – despite the often-jarring lyrical content.

Would it land nowadays? Maybe. Certainly not on the mix quality that is for sure. I appreciate there is history behind this, John F getting clean and not practising guitar as much, leading to a more minimal sound, but that arguably left a hole in their sound. Coupled with weird volume levels, some clipping on songs like “Get on Top” and “Porcelain”, it really isn’t a brilliant album to enjoy on headphones anymore. When you compare it to their ‘enemies’ album, California by Mr. Bungle, the wharf in quality is staggering. As background music on speakers, it still shines, as all those nasty elements get lost in the ether.

As a massive fan of Blood Sugar Sex Magik, I’d always lean towards the harder tracks like “Get on Top”, “This Velvet Glove”, and “Purple Stain”, which had much more flair and excitement, especially when I was younger. That weirder, more fun tone was what I really enjoyed about RHCP, and despite understanding their decision to steer away from it after By The Way, it is still nonetheless a huge shame they abandoned that sound.

All that being said, the album is stacked one after another with bangers, either ballads to screech along to drunk or fun tracks to bounce around to. What they have become is irrelevant, but this album still slaps despite showing the marks of time.

One of my earliest memories when it comes to the topic of music is watching Red Hot Chili Peppers playing at Slane Castle (still one of the best live recordings ever, by the way) with my family. My parents were pretty huge fans of RHCP, so we were actually watching this concert on a regular basis. Back in the day (I was about 8 years old) I couldn’t quite grasp what was really going on, but man, I did love the music.

Pretty soon, I was craving for more RHCP, so I went through my Dad’s CD collection and inevitably stumbled across Californication, which was the beginning of a long love story. Ever since I spun it for the first time, this record has been a part of my life. With every single spin I got more familiar with the record and began to fully understand its greatness more and more as time went by.

Being a guitar player myself, I always admired John Frusciante’s ability to express a whole lot with seemingly simple song-writing, and luckily, Californication is a masterclass for exactly that. Up until this day I think that songs like “Otherside”, “Scar Tissue”, or “Californication” are prime examples on how less is sometimes more.

But it’s not only the guitar work that makes Californication an absolute banger of a record. It’s the great pacing of the whole thing, the effortless switch between crazy funky parts and big melodies, all paired with a flawless vocal performance. It’s the certain kind of timelessness that every single song radiates. And, of course, it’s because of Flea’s awesome basslines that really add interesting nuances to every single song.

After attentively spending some time with Californication in preparation for this article, I realized that it’s one of the very few records that I’ve regularly been listening to during the last 15 years, and that I will probably still be listening to it when I’m 80 because it holds such a special place in my heart.