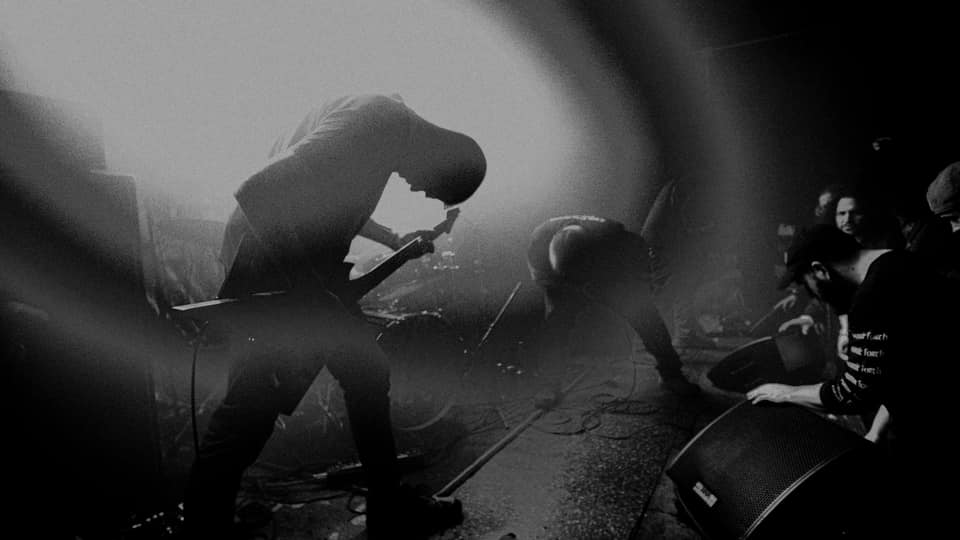 Death metal is a tricky subgenre. On its surface, and for anyone peering from the outside in, it’s all just noise, growls, and gory nonsense that should be ignored. Usually mocked by other musicians and folks inside the music industry, not a lot of people seem to understand the art of it all. And for the most part, we (the fans) like it that way. It’s an outsider culture enshrouded in a deep and vast diaspora of a lot of dark shit. I’ve seen various takes on what drives this, and why it’s coveted from various spectrums. For some it’s the gruesome and violent imagery, for others it’s the chaotic energy, but for most it’s the unadulterated acceptance of all aspects of life, not just ignoring ugly negative parts in life for happiness and sunshine. Shit gets dark, and we need an outlet for that. Granted, with that sentiment we get a fuck load of TRVE BR00TAL METAL ELITISTS that safeguard the music and subculture from imaginary outside forces, which is annoying as fuck to everyone except the elitists.

With that being said, diversity within the genre can become difficult to distinguish, even to the most adamant of listeners. Mind you, I will not be going Chris Barnes (or fake Chris Barnes?) on you, proclaiming all death metal bands are terrible, but if we’re being really real? A lot of this shit sounds the same. My bigger theory is that this is by design, and that’s it’s ok. Death metal is a fun as fuck genre, and if you enjoy Genocide Pact, why wouldn’t you enjoy Malignant Altar? In the sprawling landscape of music, monoculture can be an indication of an overstayed welcome, or even worse, a death knell of creativity and genre boundary-pushing, but in the depths of the subgenres of metal it can work. I’m grateful for that, and it’s what all fans of the genre should feel as well.

All of this being said, it’s always a breath of fresh air when a band comes along and alters the landscape enough to define their own sound, individualize it enough to distinguish, and provide engaging new imagery to champion, and that’s where Sanguisugabogg come in. Hailing from Columbus, Ohio Sanguisugabogg is a four-piece with Cameron Boggs at the center. In an interview with Revolver last year, Boggs describes their short but fucking rad origin story:

‘In 2017 I was working on a bedroom black-metal band called Sanguisuga and one night when my room flooded in the basement and I was tripping on acid I came up with some riffs and just started rollin’ with it.’

Cameron then synced up with Steph Barnes (since replaced by Ced Davis), Devin Swank, and Cody Davidson, Sanguisuga became Sanguisugabogg, and they got to work recording their initial EP Pornographic Seizures, with the full-length LP Tortured Whole following soon after.

My introduction to Snaguisugabogg came by way of Gatecreeper, originally. I’m a huge fan of the Sonoran death metal powerhouse, and had joined an online fan group to follow them closer. Amongst the various discussions a few other bands were mentioned on the regular, with Sanguisugabogg being one of them (fellow Texan iced death metal brutalists Frozen Soul being the other – definitely worth a listen if you’re a fan of the current OSDM resurgence). The post was of their video for “Menstrual Envy”, and after having been in the group for a while, I decided that tastes were mutually aligned and decided to give them a shot, even if I couldn’t pronounce their name.

I was immediately blown away. A Troma-produced masterpiece of B-Movie shlock that involves mutant monster penises that the band decided to get implanted post-ingestion of shrooms? They did it in an attempt to try to unsuccessfully appeal to women? Oh, and now the monster mutant penises are attacking people blindly and violently in a statement that is a direct, yet also vague commentary on toxic masculinity? Sign me the fuck up, I don’t want to ever get off this ride. Along with that, I heard an intoxicating amount of funky as fuck pinch harmonics, coupled with St. Anger style open snare that made the entire experience refreshingly vibrant. I was immediately hooked. What soon followed was devouring their singles until Tortured Whole dropped in March of 2021. The entire album was something that piqued my interest, and a release that I frequent on a monthly basis even a whole-ass year later.

Tortured Whole plays out themes of pornography, gore, revenge, gender identity, and revenge, all through a psychedelic sound of monstrosity. In between the absolute heaters like “Menstrual Envy”, “Gored in the Chest”, and “Dead as Shit”, there’s these really quite beautiful and serene electronic instrumental interludes with fantastic names like “Pornographic” and “Interlube”. The entire thing is just awesomely listenable, and is a continuation on the formation of their sound that they started with Pornographic Seizures. That EP finds the four-piece engaging in the same imagery, but following a more traditional death metal sound with glints of what’s on the horizon. It’s filled with sloppy as fuck toxic riffs that splatter all over the goddamn place in the best way imaginable. The vocals are layered and dynamic, and the production lends direction to the overall psychedelic signaling. It’s a fun release, nothing exactly needle moving, but definitely a good introduction to what the band can do as a unit.

Harkening back to my earlier mentions, the metal community has a pretty significant gatekeeping subculture that’s always annoying, always problematic, and too fluid to eradicate. In joining the EIN crew, I realized rather quickly how forward-thinking the rest of the writers are, and felt comforted that my personal values aligned with the overall spirit and mission statement for the group. It was a fresh sigh of relief that I wouldn’t have to deal with the bigoted nonsense that for some reason humanity can get rid of fast enough (or at all for that matter). In my efforts in writing for EIN, I like to spotlight representation that matters, because it’s important. Art as a medium is explorative and inclusive in nature with its inherent lack of creative limitations. Another reason why I decided to spotlight Sanguisugabogg was the mission statement Boggs made clear in the previously mentioned interview. When asked, Boggs claimed:

‘I just want to write the heaviest shit of all time and have groove and feeling in every little bit of it. Outside of the actual music, I want everyone to feel accepted and free in our specific world of death metal. There is too much negativity when it comes to extreme music. Being a queer nonbinary homie myself, I get what it’s like to feel weird in a scene full of masculinity and I just want queer kids, POC, trans kids, women and whoever to feel like we got their backs and shit is OK.’

After discovering this band and coming across this article, it gave their existence nuance. While I championed the vast plethora of various subgenres metal produces, there is also an ugly side that we don’t talk about much. Hell, there is an entire subgenre solely dedicated to forwarding a wholly fascist mindset in NSBM. EIN does its part to deflect any support for such bullshit, and part of that is highlighting what’s important. Some of the typical devil’s advocate types and groove metal only underlings may chime in and try to circularly justify such existence as some beacon of a) not giving a fuck, b) being brutal, or c) supporters of free speech (the fucking worst), but none of that is accurate, and patting themselves on the back is a mainstay for such folks.

Another point I can’t stress enough is the inherent grit of the marginalized. Many folks that proclaim to be gatekeepers or safeguarding problematic material for whatever ridiculous reason seem to believe they’re tough as fuck, all the while ignoring the sheer tenacity and grit of merely existing as a marginalized person. I guess when everything goes in your favor and life is generally easy to exist without being bullied, harassed, or not having to worry about someone claiming your existence isn’t worth shit, you can say and defend wack shit and believe you’re the tough ones just to feel like an outsider. But in reality, these gatekeepers know they’re not outsiders, and metal has always first and foremost been for the outsiders. Queer kids, POC kids, trans kids, and women have always been treated as outsiders in a dominantly patriarchal, white, heteronormative world. The fact that the faux-gatekeepers and safe-guardians believe otherwise is comical as fuck. But, while we continue to fight about this topic for forever, and the same people don’t learn to just shut the fuck up, I’ll be sticking to these flame-throwing motherfuckers on their quest to drop the ‘heaviest shit of all time’.

Since its inception, Boggs has recently stepped down from their post as guitarist for Sanguisugabogg, but that hasn’t seemed to slow them down whatsoever. They’re currently on tour now, and still going strong.