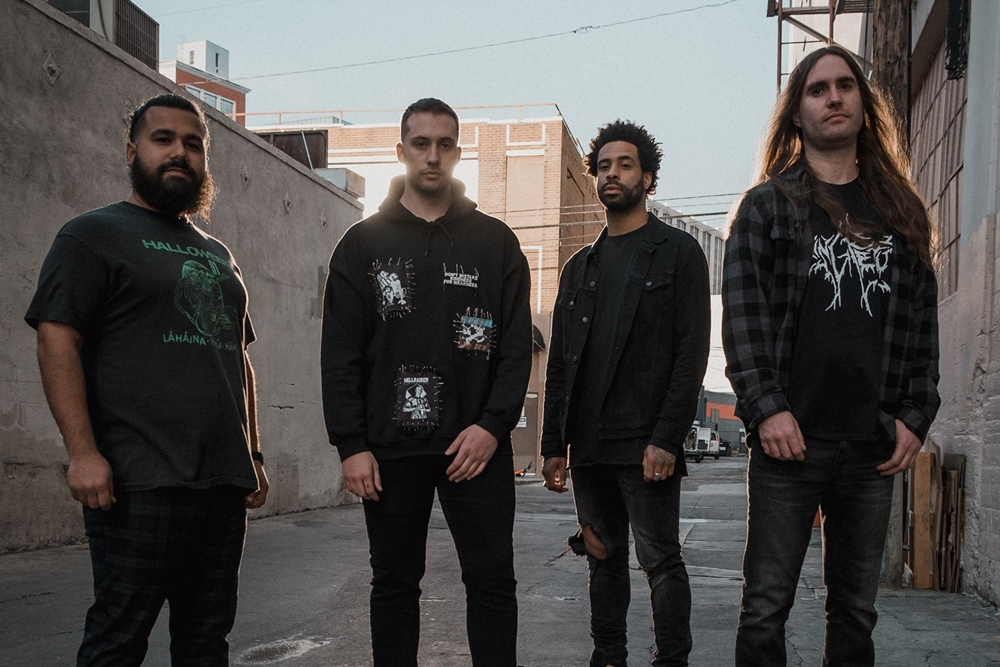 Volumes provide a release that seemingly does everything they wanted it to do.

Before we get into it, I must confess: I have no business reviewing this album. I don’t frequent this genre, have no desire to listen to it on a daily basis (and I don’t), and have never really follow the djenty/metalcore subgenre beyond dipping my toes in. Sure, I absolutely adore After The Burial (how couldn’t you?), but most of the other stuff just doesn’t show up on my register. With that out of the way, I can definitely say I appreciate the album. I see the overall commercial appeal and heavy nod towards the scene. It’s a competent release; nothing more, nothing less.

Volumes‘ energy is easily digestible. Seemingly cutting the middle between Code Orange (while they’re doing whatever the fuck this is), After The Burial (with simpler energy), and djent in general, they provide something that’s palatable even if one isn’t into this neo-nu-metal scene that’s reviving at the moment. I’ve never heard of these guys, and being introduced 4 albums in should be a little more complex than this; however, the songs come off fresh. They’re overall well-written, have a decent flow, and groove well enough. I can see a lot of scene kids getting caught up and enjoying this one, and for the heavier metallers it can serve as a decent guilty pleasure.

The ballads are kind of corny, but what ballads aren’t? It seems like it’s kind of the territory when writing sappy sad stuff. They pull it off with a decency that doesn’t make it feel any less than what it should be. “Malevolent” and “Bend”, then, are the best examples of the equal measure Volumes brings to the table. “Malevolent” flares with mathcore breaks, the band indulging in their most ATB tendencies to good effect. I found the track catchy, and it kept my attention throughout.

“Bend” shows their other flex, which is very ’00s radio rock, with (as always) some djent shimmers that all meld well. It’s interesting how pop ready this track is. While it’s wholly a Volumes track – a cover would probably run amuck on the algorithm if covered by some EDM piano pop singer.

I do have to point out the mix on this release as fucking rad. The overall sound engineering and production as a whole is pretty fucking flawless, and it just sounds great. Not sure how much that means, but when something sounds so well done, it deserves all the props. Tons of folks out there are making really odd production decisions, and audio engineers stay the unrecognizable workhorse of the music industry.

Beyond that, the rest of the album runs similar patterns. All the influences are there, mixed up in different ways and presented with each corresponding track. It’s kind of like the musical Taco Bell. You know the same ingredients are in everything, but sometimes you want a burrito, sometimes you want a beefy 5 layer, and sometimes you just want a crunch wrap supreme. It all tastes the same, but the presentation changes everything.

Upon repeat listens, I find myself losing interest about 5 tracks in. I’m not sure if this is just due to identifying the pattern and having enough, or my lack of connection to the subgenre as a whole. Is this how things usually go? Do you metalcore kids like this? Cool if you do, no judgement here, but I’ll be going back to my snobby revivalist OSDM and atmospheric working class black metal now. Hats off to Volumes for making a decent go at it!