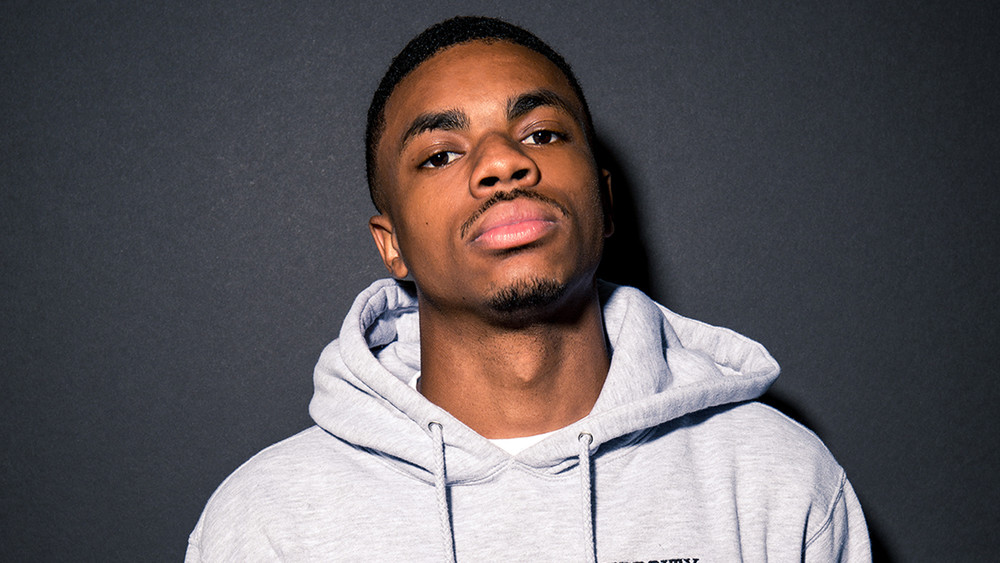 Vince Staples’ self-titled return is a refreshing 22 minutes of lane carving from the newest OG on the block with an iridescently reflective gem.

This album is just fucking great. The 22 minutes Vince Staples and Kenny Beats have offered the world is a gem unparalleled by many others currently in the rap game, but I still can’t get one line from “Norf Norf”  out of my head: ‘I’m a gangsta Crip, fuck gangsta rap.’

Vince always brought his experience to a more universal understanding than the confounds of gangsta rap’s typical presentation. His entire career has been rapping about gang shit over beautiful juxtaposed production, and the overall effect elevates the experience to a human level, rather than just a sellable one. Vince doesn’t seem to be worried about the presentation as a product, rather, he’s more concerned with crafting music that reflects the inner workings of himself, and excels with this release through reflection. This aligns him with gangsters making art, like Freddie Gibbs and Griselda, versus rappers selling gangster imagery (too many SoundCloud fakesters to call out here).

Kenny Beats’ production reflects what he did with Denzel Curry on UNLOCKED to similar (yet wildly opposite) effect. While UNLOCKED was unchecked hyperactive cartoon violence that was punk as fuck and suited Denzel magnificently, Vince is in reflection mode, and Kenny mirrors that. It’s breezy, and mellow, solemn and confident, but not excessive.

Vince has seen some shit, and feels some shit, and just needs a soundscape to get it out. Kenny gives him exactly what he needs to do just that. The ad-libs sound off in the background like random thoughts that come and fade just as soon they’re remembered. He’s chaotically spouting non-sequiturs, but also calling for the freedom of all his homies, and shouting out respect for the ones gone. ‘Dead homies’ sounds off the most, actually.  As if Vince refuses to forget his fallen friends and trying to come to terms with what his past was, and how that makes him who he is today (‘dead homies’ is the last thing we actually hear on this album).

Because it’s so short, it’s hard to point out one single track that stands out better than the others.  “ARE YOU WITH THAT?” starts so smooth it rarely feels like there’s a start or end point. Vince breathes in and out of verses with ease over a mellow-vibe beat that provides that juxtaposition we’ve come to expect from Vince. On “TAKE ME HOME” Foushee’s dripping, soulful presentation adds a scene stealing performance that adds a nice shift after the first few tracks. “LIL FADE” comes in heavily weightless, and maintains the ethereal, contemplative vibe that carries through the whole album. Those are only three out of the nine tracks, but the other six don’t suffer, nor should they be ignored because this album is just a concise cut of pristine tracks.

Always central to Vince’s music is the mythological world of the city he’s from. Anyone listening to Vince can find mentions of Ramona Park, and the shit that went down there, and we should all be all familiar with what an ‘Artesian’ is (if you’re not, you better educate yourself). Vince continues this world building with the story on “LAKE WOOD MALL”, and although acting more of an interlude for the final track, it does further authenticate Vince’s experience, and further reflects how where you’re from shapes who you are. This story is a dedication to the authenticity Vince heralds as inspiration for the music he makes, and while my first inclination was that of disappointment upon first listen (22 minutes of Vince isn’t enough Vince), it’s actually the track I think back to the most just for the sheer fact of the story telling it represents. Vince is full of these stories. Just last week his Tiny Desk Concert premiered, and he had mentions of things that went down in the hills he was now performing in. That inspiration is rare in the modern landscape of the post-truth world we live in, and should be coveted.

An editor (SHOUT OUT TO THE HOMIE) from Everything Is Noise and I were mutually gushing over this album when he suggested Vince Staples is the best example of what it means to be chaotic neutral. Video evidence is further proof of this claim, but it’s refreshing to see someone being so unabashedly themselves to great success in a world full of capitalistic traps that waters down what artists could have to offer.  It’s even more important when that person is a Black man that grew up in American poverty.  ‘I’m a gangsta Crip, fuck gangsta Rap’ is a mindset, and one that he reflects perfectly.