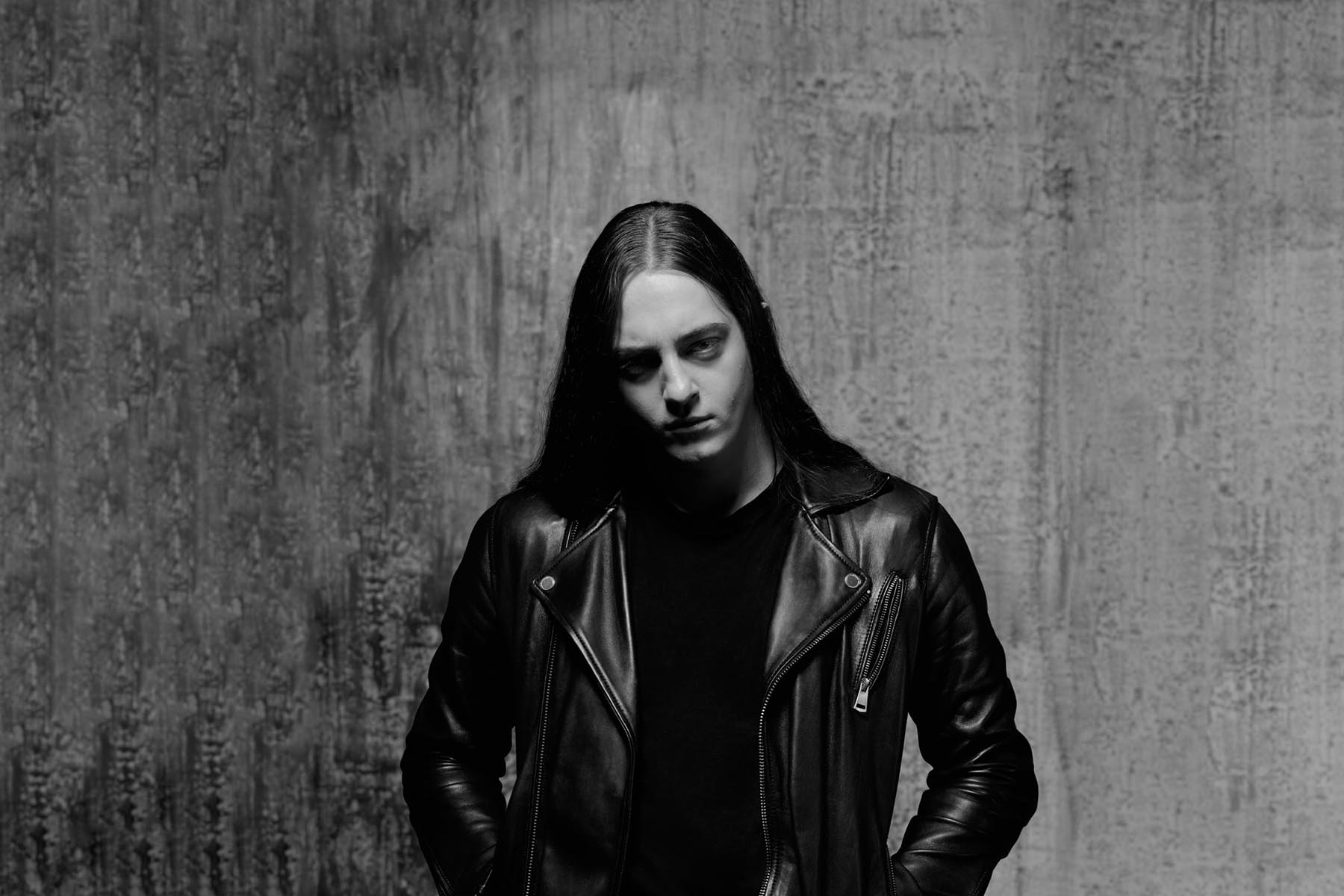 Perturbator returns with a drenched, dreary, and moody offering that tips its hat to post-punk in a balanced approach that solidifies his top spot in the subgenre he occupies.

I like my synthwave dark. Miss me with the high def, shiny, glossy M83 disciple acts like Gunship, The Midnight, and Le Brock. I want to hang with the black clad weirdos binge watching John Carpenter films, and making creep music to soundtrack whatever is chasing you through dark alley ways, moonlit woods, and your own psyche.

With this release the black clad weirdo James Kent/Perturbator has stopped trying to emulate the creepy sounds of those Carpenter scores, and traded them in for a whole lot of gothwave reminiscent of Assemblage 23 and Pretty Hate Machine era Nine Inch Nails.

Perturbator’s latest release carries its influences heavily on its sleeve, but to great effect. Kent was quoted as saying Lustful Sacraments is about ‘bad habits, dissatisfaction, and addiction.’ With that in mind it’s safe to call it a concept album, and it succeeds as it plays out like an episodic midnight journey through the ups and downs of debauchery in some dark club.

The production transitions nicely, weaving from one song to the next as Kent extends his breadth of genre (is that witchhouse I hear in “Reaching Xanadu“?), and expanse of sound (legit dance ready gothwave). In lieu of the heavy synth, drugged out bangers of Perturbator’s earlier releases we have a nuanced foggy and dreary soundscape reminiscent of the self destruction he drew inspiration from.

The synthwave genre as a whole relies heavily on ’80s nostalgia; from the creeping tones of ’80s horror to the rag tag science fiction adventures that blessed the big screen. For whatever reason the more upbeat acts decide to couple the corniest vocals they can find, which renders the awesome production unlistenable.  Choosing to replicate the cheesy ’80s radio anthems vs. the dreary post-punk gothwave tones that was the scene’s creative bedrock has always been an odd choice.

Luckily, Perturbator avoids all of the typical missteps, and champions the gothic forebearers with a dynamic approach. The dark and drenched feel of Lustful Sacraments breaks to illuminate in places, and keeps a steady pace that maintains its balance. The best example of this is the pairing of “Excess” and “Secret Devotion”. The high tempo of “Excess” and muted vocals carry a heavy essence of someone trying hard, but failing to talk themselves out of whatever debauchery they’re moving towards (shout out to this bad ass Author & Punisher cover). The dusty production accompanying those mumbly vocals paves the way into the excessive chorus of its namesake. On the comedown, “Secret Devotion” (Featuring Richmond, VA post-punks True Body) takes the dreariness out of the production and lightens it up to a danceable yet still somber pace. The coupling overall presents the feeling of someone taking too much drugs, freaking out, and successfully coming down.

It’s hard for me to talk about Perturbator without bringing up Carpenter Brut, or GosT. Along with Perturbator, all three acts are crowning achievements of the renaissance darkwave that has shown no signs of slowing down since its rise in the mid 2010s. All three pushed and expanded the genre in different areas that have been nothing but exciting. While GosT pushes for harsher and unrelenting tones more on par with the desolation edge of black and death metal, Carpenter Brut has morphed ’90s electronica and atmospherically brought it to a place that could soundtrack the weirdest and goriest of space shit you can think of. Perturbator’s earlier efforts were comparable to the relentless banging you could use to run through the darkest alleys of the nastiest cityscapes, but with Lustful Sacraments he strikes a different tone.

Lustful Sacraments definitely shows growth for Perturbator. Kent drops the nostalgia heavy revisionist history of the ’80s (that can sometimes be problematic) , and replaces it with dark night dance tunes that should make even the most solemn of goth kids sway. That is a feat in of itself given the well defined structure of the subgenre he operates in, but if other acts find themselves making albums on repeat, they should look no further than this album as a blueprint for how to uniquely draw influence and shift focus.