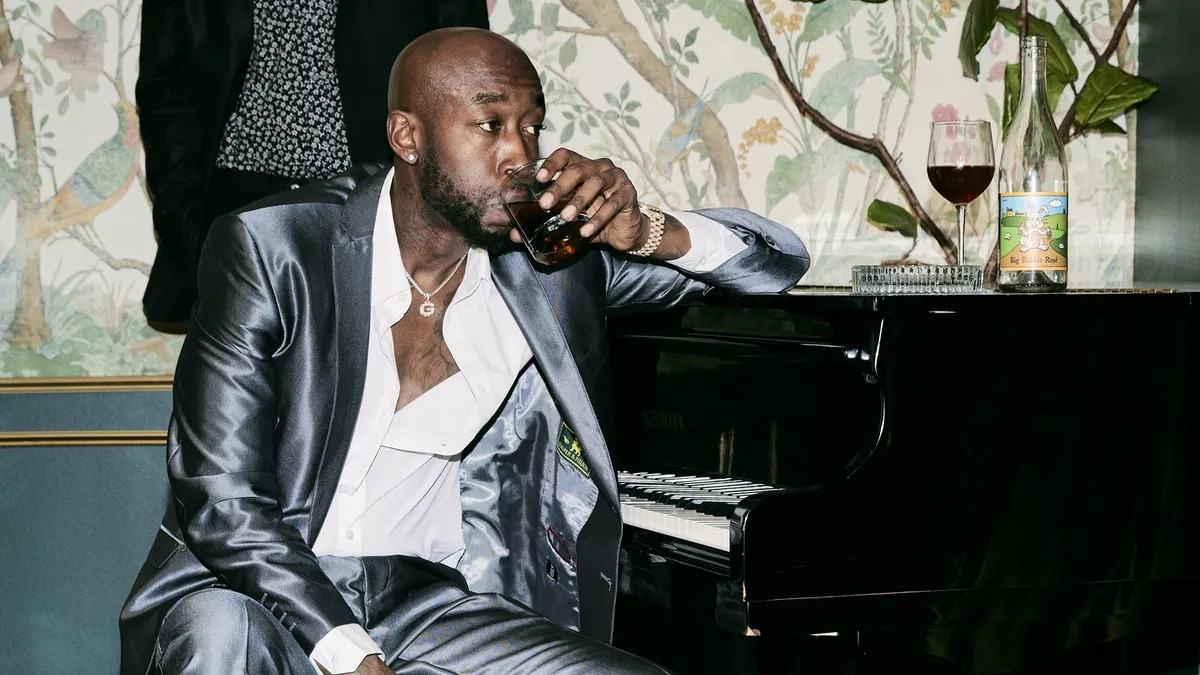 There hasn’t been one in the game quite like Gangsta Gibbs. He seemed to lack mainstream support from the beginning and was overshadowed constantly as a lower roster artist on Jeezy’s CTE World. That wasn’t enough for Gibbs, so he kept hustling, developed a sinister work ethic and an omnivorous flow that is constantly readily available and utterly bulletproof. It’s a profound trajectory, even for a genre that is littered with profound trajectories, but I can’t really point to another artist (except one) that’s comparable in readiness. Freddie Gibbs is always ready to make the best track, talk the best shit, and reap the best rewards.

Gibbs loves rap and the game that comes with it. Utilizing his unique midwestern speed flow to dangle off amazing productions, forming beefs from talking too much (never) shit online, or sync up the old and new schools of hip hop on a singular track that draws a direct line from Bone Thugs-N-Harmony to the melodic vibe rap that’s dominating the mainstream today. He’s in it, he loves it, and it’s intoxicating to witness and listen to.

Most of the time I spend reviews highlighting the standout tracks on albums, but with $$$, it’s wholly easier to point out the shit I don’t like, and it’s only the skits. Jeff Ross and Joe Rogan show up providing voicemail messages trying to track Gibbs down in Vegas. It’s stupid, and their humor has always been stupid, but I still don’t hold this against the album because every fucking track on this thing is fire. Throw a dart, and just fucking listen. Gibbs has melodic Bone Thugs interpolation with Offset in a marriage of old and new school with “Pain & Strife”, boom bap mid-’90s fed-conspiracy rap with “CIA”, coke rap dominance on “Gold Rings” with fellow coke rap dominator Pusha T, Dirty South-tinged, hype-as-fuck sub-rattling tracks with “Too Much”, and reflective, gritty story telling gangster revelations with “Rabbit Vision”. That’s only 6 tracks out of 15, and not even my favorite track. He went overkill for the better, and I hope he reaps every fucking reward for it.

My favorite gem out of this bag of fucking gems is “PYS”. When I read Gibbs synced up with DJ Paul leading up to this release, it made nothing but sense to me. Being a die-hard Three 6 Mafia fan as well as a die-hard Gibbs fan, I could plainly see the obvious link. Both musical acts are rooted in good-times-at-all-costs chaotic gangster energy that turns parking lots into parties with ease.  Fortunately, “PYS” doesn’t disappoint. The beat drips and sprawls itself out in a downtempo southern drenched decadence, with DJ Paul adlibs flit and flickering in the back before Gibbs starts in with his smooth-speed delivery swinging from one verse to the next. The chemistry is amazing between these two, and we’d be so lucky to receive a Gibbs and Paul collab album along the lines of Alfredo, Piñata, or Bandana.

“Dark Hearted” flexes more of Gibbs’ melodic delivery. He’s constantly calling himself the king of r&b, and if we ever received a Gibbs r&b album it’d almost certainly sound like “Dark Hearted”. It’s a unique approach, and highlights Gibbs’ desire to be multi-faceted. Although it’s not really r&b crooning, it’s cool as fuck, and passes as a deliverable and unique track that elicits attention.

In a nod to his Midwest roots, as well as giving legitimacy to the melodic resurgence dominating rap currently, “Pain & Strife” delivers Bone Thugs-N-Harmony revivalism as Gibbs and Offset exchange success stories. I remember when I heard “Dark Hearted” as a single thinking how similar it was to Bone Thugs-N-Harmony’s delivery, so hearing this track for the first time was a decent (and blatant) confirmation. It’s a smooth track that links various elements and exhibits how far rap has come, and how diverse it is these days. On paper it almost sounds crazy, but when put into action it’s stellar.

“Too Much” has Gibbs linking up with relative newcomer Moneybaggs Yo. The two both rap breathlessly over IV Beats’ productions with all the hype turned to 11. If Gibbs had a ring entrance song, it’d be this one, no doubt.  Elsewhere on “Lobster Omlette” Gibbs syncs up with Rick Ross for another mobsters at the dinner table track that is reminiscent of Alfredo. Ross does a good job sounding boss as fuck, which isn’t anything new for his features.

If that wasn’t enough, Raekwon and Anderson .Paak show up on “Feel No Pain”. The harp-heavy production sounds lavish and luxurious as the three go to work.  Anderson is seemingly perfectly being the coolest fucking person on the planet, and “Feel No Pain” furthers that agenda. Gibbs verse is delivered almost giddily, as if he knows how fucking fire this track is, but he utilizes his time hiding social commentary amongst his coke rap verses much to the chagrin of his detractors:

‘Shit heavy, but I carry it with ease (Yeah)
Like a high school janitor, I’m carryin’ them keys
Gave out credit for this dope, I’m cashin’ paychecks with my fiends (Oh, yes)
Back in the gap, when I hit that crack
I served my sacks at Mickey D’s
On my mama ‘nem
These crackers racist, noose at the races, Bubba Wallace them
Fuck a vacation, I just want justice for Breonna ‘nem (Yeah)
Can’t go outside, I might catch Corona or a hollow tip (Baow)
Dope in my Fanta, wrist on Niagara, got a lot of drip.’

It’s always interesting when folks call Gibbs a one-trick pony, constantly pointing out how much he raps about coke, yet they overlook all the other shit Gibbs adds in there. His coke verses are almost always red herrings, but folks just don’t seem to be listening to anything else. Raekwon blesses the final verse with coke rap grandiose that’ll leave many smirking. Rae is god-level at this point, you’d be hard-pressed to find any cracks in his work. This feature is no different.

Pusha T (this one) shows up with his sinister meanness on another harp-tinged production from Rupert ‘Sevn’ Thomas, “Gold Rings”. Push and Gibbs always do well when they sync up, and, them sharing similar trajectories in the industry, it’s always entertaining to listen to.

The last words on the album go to none other than Scarface on “Decoded”. Gibbs spends the first half of the song defining his image as he sees fit, bidding adieu from delivering another stellar album, then giving way for Scarface to deliver his State of the Union, matter-of-fact flow that just sounds earnest and tough as fuck. It’s a perfect ending to a perfect album to potentially end a perfect run.

There seems to be a loose concept with $$$. I’ve listened to this album probably thirty times by now, and I can’t really determine if the Triple S hotel & resort is Gibbs’ version of heaven, the last spot he was seen before he was abducted by aliens, or just his fever dream El Dorado he physically manifested from being such a fucking gangster, but holy fuck did he rap his ass off through it, and we’re all invited into the VIP to share his success with him. Give this man his fucking Grammy.