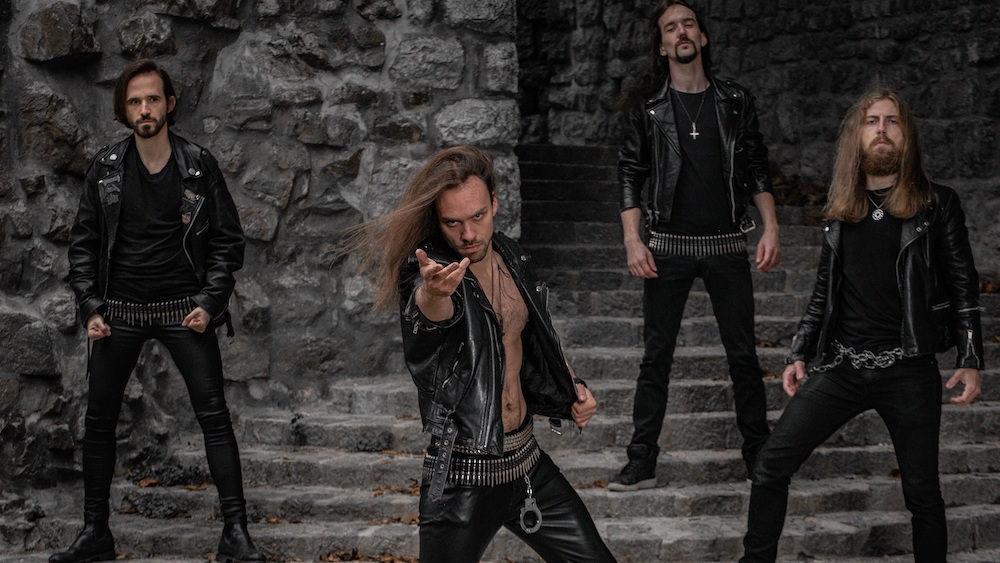 Ensanguinate devour and defile in gritty fashion on a decent debut.

Lovecraftianism is a pretty common theme in metal. Anyone divining into the underground can throw a dart and hit a band that’s destroying in the name of Cthulhu, bemoaning about Old Ones, or shrieking about Eldritch (yet no one wants to make an album about freshman year at Miskatonic). It’s a pretty tired theme that can get kind of boring after the shtick wears off. Fortunately, Engsanguinate avoids the boring shit and has the right focus on Eldritch Anatomy.

Never wasting the 9-song 44-minute runtime, Ensanguinate brutalize with their proto-blackened death metal ferocity. Avoiding the theatrics and overwrought emotional devastation that is commonplace in black metal and the shock value sloppiness of a lot of death metal alike, the Slovenian 4-piece pace themselves with a punky tempo that gives the listener a wave to ride from title to close. It’s a simple approach that pays off when the right parts are illuminated, and Ensanguinate do just that.

“Hunted” starts with a manic, topsy-turvy riff that denies any introduction to the listener and just throws them in full blast. It’s a no-time-wasted start that sets the workmanship tone for the rest that follows. “Gaping Maws of Cerberus” is a thrashy smack-fest that will leave the right listeners appreciative with a smirk of acceptance.

“Ghoul Presence” is arguably the best track on Eldritch Anatomy. The OSDM downtempo intro shifts pace from the breakneck pace of the trio of tracks before. The vocal growls echo from reverb just ghastly enough, and as they settle into the mid-tempo bridge before the throwback solo, you get to see what these folks do best, and their toned-down no frills, all craft approach pays off.

“Sublimation” has a rad needling solo that permeates eeriness effectively, and “Lowermost Baptism”s big to-do introduction shows off the stellar drumwork that carries on throughout. “Vile Grace” does a decent job wrapping things up, as it grows from its mellow intro start into the monstrosity that is its full form.

Nothing here is too out of the ordinary, with most of the elements firmly rooted in blackened death metal territory. There’s not much we haven’t heard before on this album; however, that simplicity really pays off for Ensanguinate. These four seem to approach their music with a strong work ethic, and dedicated themselves to hitting each mark spot-on. I’m not sure what more you could ask for with an initial release. While so many bands try to make the biggest statement on their debut to then fizzle out a few albums later, Eldritch Anatomy signals a different trajectory. These four have their winning formula, and if this is their mission statement, we should expect a continuous string of solid releases from them. At least I hope so.

Honestly, my only gripe about this album is the subject material. All us metalheads love some Lovecraftian cosmic horror, but there’s so much more rad shit we could be celebrating (GIVE ME MORE BAD ASS VAMPIRE METAL). It’s refreshing, however, that Ensanguinate made the best of it.