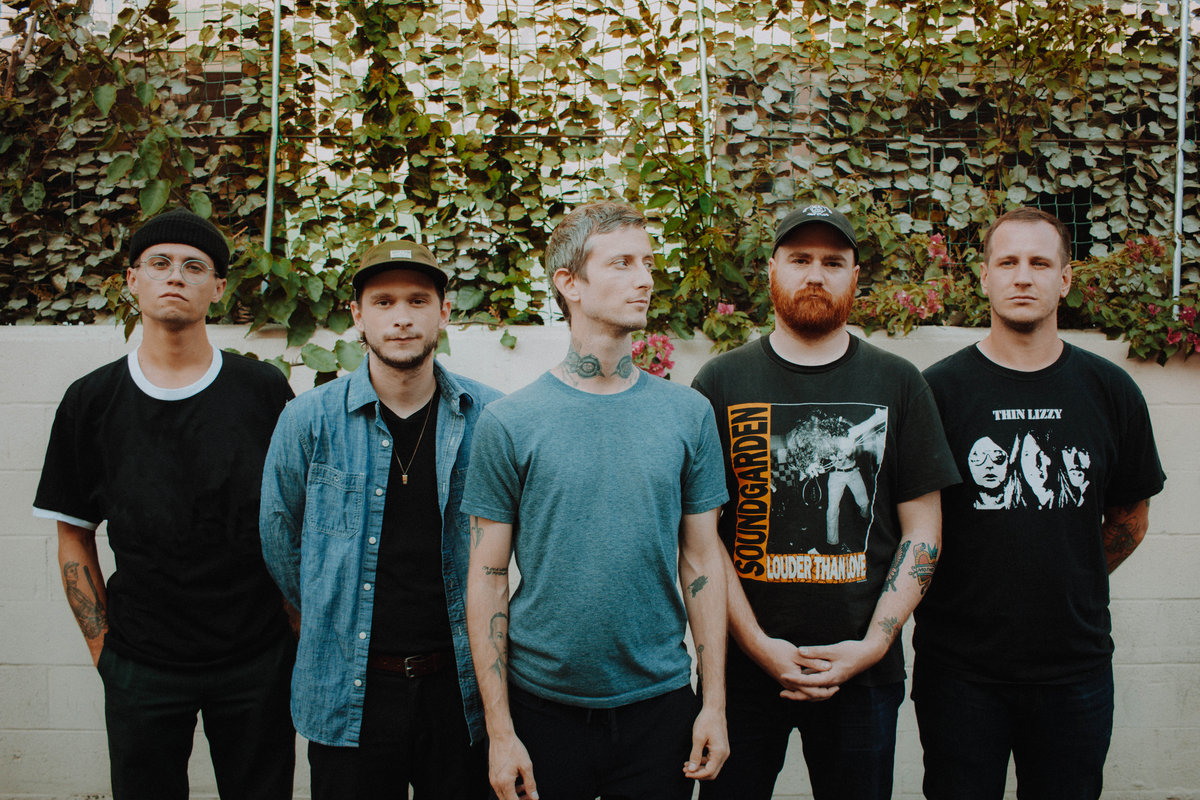 Drug Church’s latest proves guitar rock can still be relevant with an offering that’s both sincere and irreverent.

This album is good. There’s a lot of simplicity in its design, and on paper, one could surmise that any guitar rock made these days would be basic, boring, or unoriginal. Post-hardcore and punk revivalist acts avert all of that, though – with acts like Amyl & the Sniffers, Fiddlehead, along with Drug Church, you can tell there’s plenty of innovation left to explore.

Hygiene is further proof. The band’s fourth album does not extend experimental efforts, rather the group focuses on tightening its songcraft, adding some elements to differentiate its sound, but maintain a sincerity that can be felt miles away.

Starting out like a lit fuse, Hygiene kicks shit into gear without any filler. The opening track “Fun’s Over” harkens back to the irreverence that revolves around the band’s central themes. Over a fuzzy, ’90s- inspired bass line. Patrick Kindlon drops his best poetry to date in an effective and minimalist presentation. The tone from then on focuses on sincerity, witty musings, and reflective discourse alongside solid songwriting. Everything sounds very late post-hardcore, ’90s rock-inspired, comparable to equal parts Social Distortion and Foo Fighters sans the predictability.

Wasting no time, the remaining 23 minutes blur past with seamless, cool precision. No part of this album is wasted to filler or fluff; everything hits like a rock through a windshield. Wash, rinse, and repeat is replaced with show up, fuck it up, and keep it real.

“Million Miles of Fun” is arguably the shining star of this album. The warped guitar melody introduction leads way to a mid-tempo hitter bemoaning modern society. Kindlon breaks into the chorus with one simple protest: ‘News Flash, I need news less!‘ Reading that on paper could potentially deter one from taking this song seriously. When I heard it, I initially thought how simple yet effective the line was. It’s not reinventing the wheel, and kinda devoid of wit, but Kindlon sells it well due to his impeccable ability to present his sincerity, which makes it work. In comparison, such simplicity can go awry, like when the once ironic and provocative trendsetter Maynard James Keenan transformed into a disingenuous old man yelling at clouds with the cheesy proclamation ‘It’s time to put the silicone down‘. While the too theatrical delivery of that line dated A Perfect Circle’s appeal, Kindlon avoids the trap of cheesiness entirely time and time again due to his commitment to anti-dramatic sincerity, and thus it stays refreshing.

“Detective Lieutenant” continues the mood with more down-tempo reflections.  The central theme, and chorus of ‘we don’t toss away what we love‘ is a humanistic point of thought that should permeate in the realm of social media meltdown infighting that has just become daily commonplace in the twenty-first century. It’s a sweet proclamation that essentially offers the simple indication that everyone could potentially take a step back and choose to communicate rather than accuse in such a brutal modern landscape.

With less interest in reinventing the wheel, Drug Church sticks to their tried and true presentation with enough flair to differentiate Hygiene from their previous catalog. Adding another rough-around-the-edges-with-a-heart-of-gold offering proves that beauty still remains in simplicity. Blanketing all of it with irreverence and self-reflection keeps the listener enthralled, and Hygiene maintains its effectiveness throughout. Sticking to your word should always pay off. If one were to consider their back catalog as the promise, Drug Church solidly delivered again.