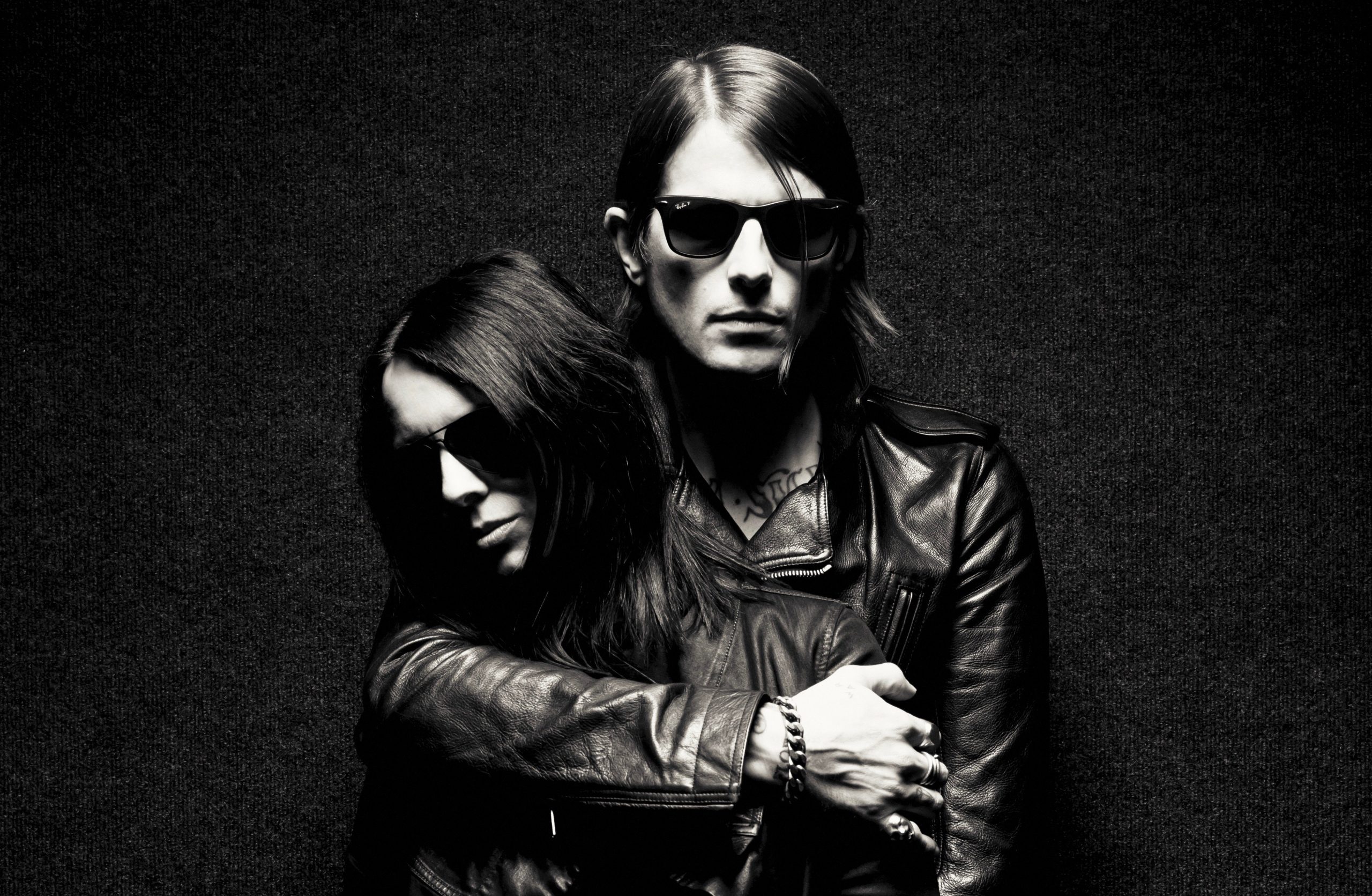 Fate In Seven Lessons proves the creative staying power Cold Cave has already proven twice over. Amy Lee and Wes Eisold continue to dazzle in the dark with an endearing release that introduces a welcoming element into the fold.

Although short, Fate In Seven Lessons impresses as much as a Cold Cave album would. With their last release, Love Comes Close, we saw a lighter side of their capabilities with tracks like the title track, “Love Comes Close”, and playfulness in tracks like “Cabe and Me”. They’re continuing that lightness with this EP in the subject material (every song is about love, their child shows up on a track) except everything sounds like it slithers in the dark.

With this release Eisold decides to put his Nick Cave inspiration from the previous release down and exchange it for INXS and Depeche Mode. He still never goes above anything beyond his baritone presentation, but sells it as much as he ever has. Swooning over the spiky synths Amy provides continues to give us what Cold Cave does best, and it’s still great. This band has always been able to operate in their own lane, yet finding unique additions that make each release glow different. This one’s particular glow is powered by the infrequent atypical live instrumentation Cold Cave rarely uses being a darkwave act, yet it stands out as a unique identifier for this release.

Cold Cave haven’t shied away from using live instrumentation before, but this thing is packed with it. From the opening bassline of the title track, to the warm acoustics and harmonica on “Love Is All”, the addition is pretty fucking cool. Stand out track “Psalm 23” in particular starts with slithering and spiky synths, then builds up its foundation for hypnotic guitar work from Ceremony’s Anthony Anzaldo (RIP loud Ceremony). The basslines on opening track “Prayer from Nowhere” and “Honey Flower” sound heavy and hammering, and do a good job snapping you into attention while setting and maintaining the tone throughout.

On the lighter side, “Love Is All” acoustic driven sound is an endearing and sweet backdrop for the added vocals of Wes and Amy’s progeny, and as the mid-tempo ballad concludes the simple harmonica carries that familial endearment all the way through to a satisfying end.

The dancier tracks still sound larger than life. The “Night Light” intro fades into silence only to lead into a blaring new wave glitz that sparkles and pops. The louder approach of “Happy Birthday Dark Star” takes the shoegaze wall of sound meets darkwave mixture Cold Cave has perfected, but still does its job in carrying its uplifting subject material successfully, yet never once veering towards sappy.

Loving Cold Cave has been pretty easy since their inception. Cherish The Light Years turns 10 this year, but still sounds as fresh as ever, and demonstrably stays in my rotation year after year. With Fate In Seven Lessons Cold Cave still dazzles with unparalleled cohesion that ensnares their best elements, and adding additions that they grapple successfully. With tour dates supporting AFI already queued up for early 2022 I’m excited to see this duo on the road in all of their silky black glory.