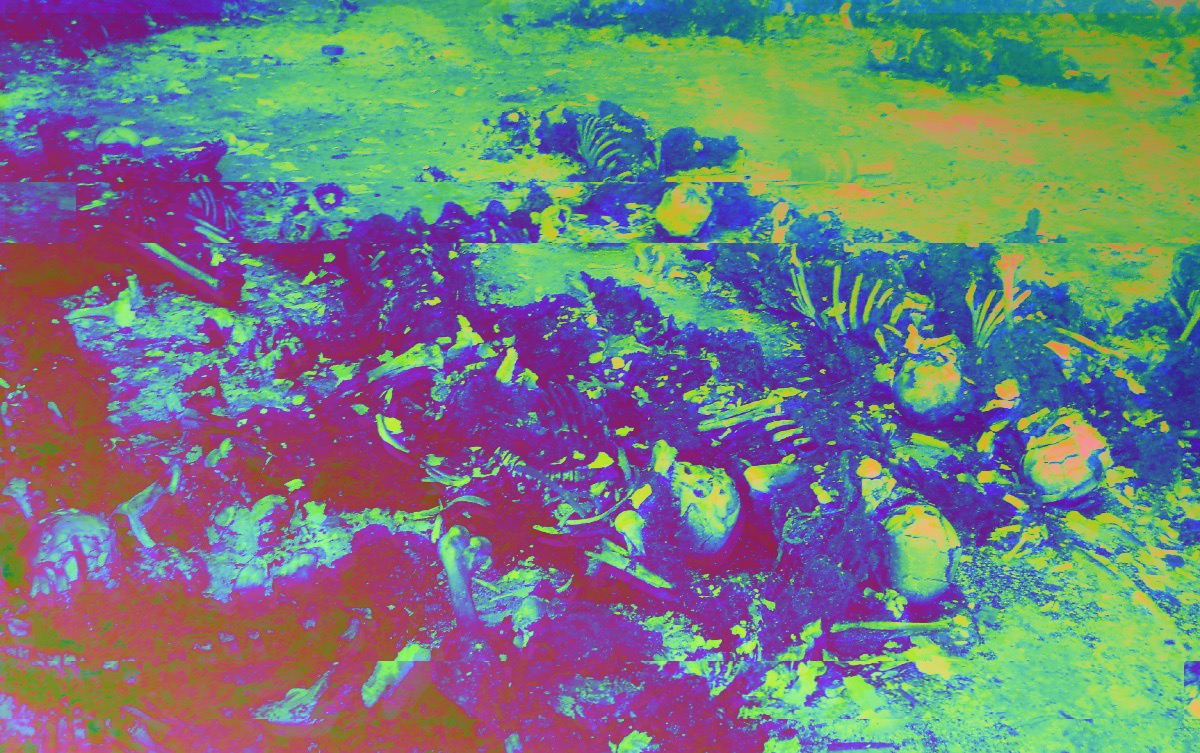 Merry fucking Christmas, you meat sacks. Flesh is a fucking prison, and URANIUM is here to fucking show you that.

In their own words, this faceless mass of depression describes themselves as:

‘an aural vessel to explore the outer limits and the most irreversible states of complete human extirpation and the incineration of its most defining and triumphant achievements; namely society, progress, technology, and civilization, with nuclear power being the conduit and beacon to the greatest and most horrific forms of complete annihilation mankind could ever face.’

This track is rough (in the best way). It’s a grueling mid-tempo hodge podge of harshness and filth. The guitars are stretched out to oblivion with a mix of squeals that fluctuate violently, while the percussion stays nearly obsolete and incohesive, yet provides pressure for the to move forward. The vocals just sound like someone wallowing in suffering — It’s wonderful, and I love it.

Identifying what the band is doing in exploring our modern post-science existence we’re all just suffering through is merited in the delivery of a soundscape that suits roving through the decrepit rot of Caelid, or the post-apocalypse of nuclear fallouts. It’s absolutely enthralling, and would fit well on a roster along with Dark Worship, MZ. 412, and Defacement — Absolutely vile.

The mysterious members of URANIUM have no socials, but you can get the fuck ready for their full release An Exacting Punishment coming just next month on Sentient Ruin, and join their Facebook group, or follow their Bandcamp to stay up to date.