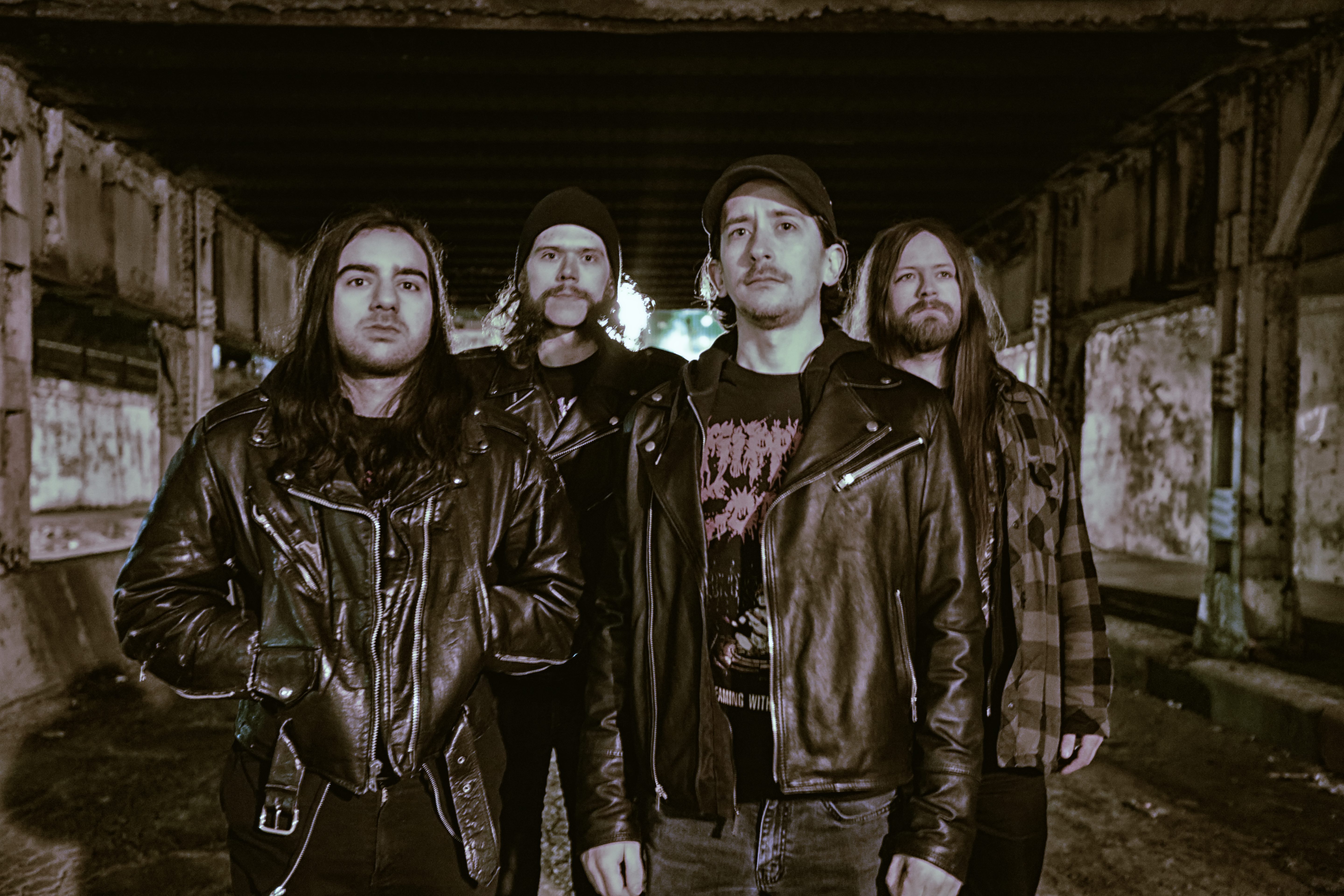 Nucleus deliver a frantic and enjoyable death metal assault, of the rougher variety.

It’s difficult to be objective over an album as niche as Nucleus‘ Entity. One gains the impression that you will either love it to bits or feel no interest at all, depending on where your death metal-oriented head is at. This is due largely to the rustic production values, which I have no doubt are intentional and put in place as an homage to an extremely specific time period and style. In that respect, Entity works. It’s a faithful warp back to the early 90s era of rough-edged death metal and, all things considered, achieves that task with slick authenticity.

Musically and technically the band do no wrong. They are tight, speedy, and whole-hearted in their efforts to roar and crush. Putting the strangely retro sound into an imaginative context, it would be fair to say that the echoing vocals and muffled distortion evoke an out-of-time opus of heavy music. So make of that what you will! But there is no doubting the album is an achievement, the wall of noise they create is positively devastating, and the band should be proud. From start to finish, it’s good fun.

When considering Nucleus‘ identity, the rugged nature of Entity begins to make a bit more sense. Declaring themselves as sci-fi metallers, it is their intent to present their music as otherworldly. And from this, I get the sense that these Chigaco based purists have lived and breathed the scene for the greater part of their lives. When Entity is not drawing from classic thrash conventions, it’s breaking up the venom with eerie melodies, chuggy breakdowns, and the occasional piece of dynamic and, yes, spacey, leads. It gradually conjures up the sense that Nucleus have known what they wanted from the get-go and harnessed it without hindrance.

Credit also to them for saving their most interesting sections for the latter half of the album. Standing out, in particular, are tracks such as “Outpost” and “Dominion” which neatly weave their shreddier talents into some more upstanding and memorably atmospheric musical moments. These alone prove that Nucleus have more up their sleeve than the standard thrash/death-by-numbers formula. When combined as a fluid listening experience, the record is a successful escapism outlet and one which like-minded purists will be advocating with glee. Placing it within a sinister sci-fi setting renders it a pleasantly inclusive offering to others who know exactly what they want from their metal.

There are a lot of records that sound like this one, but there are a few things which Nucleus make clear. They are not trying to assimilate themselves into any kind of current trend, and they sure as hell did not go into the studio for an easy ride. Taken at face value, Entity is a pleasurably menacing piece of work for those who have the ear for that specific time and place: That time and place, when death metal albums were not quite progressive but were still complex and clever enough to be avant-garde. Nucleus have concocted a ride which serves humbly as your sinister guide through the interstellar unknown and is certainly worth more than one play-through.