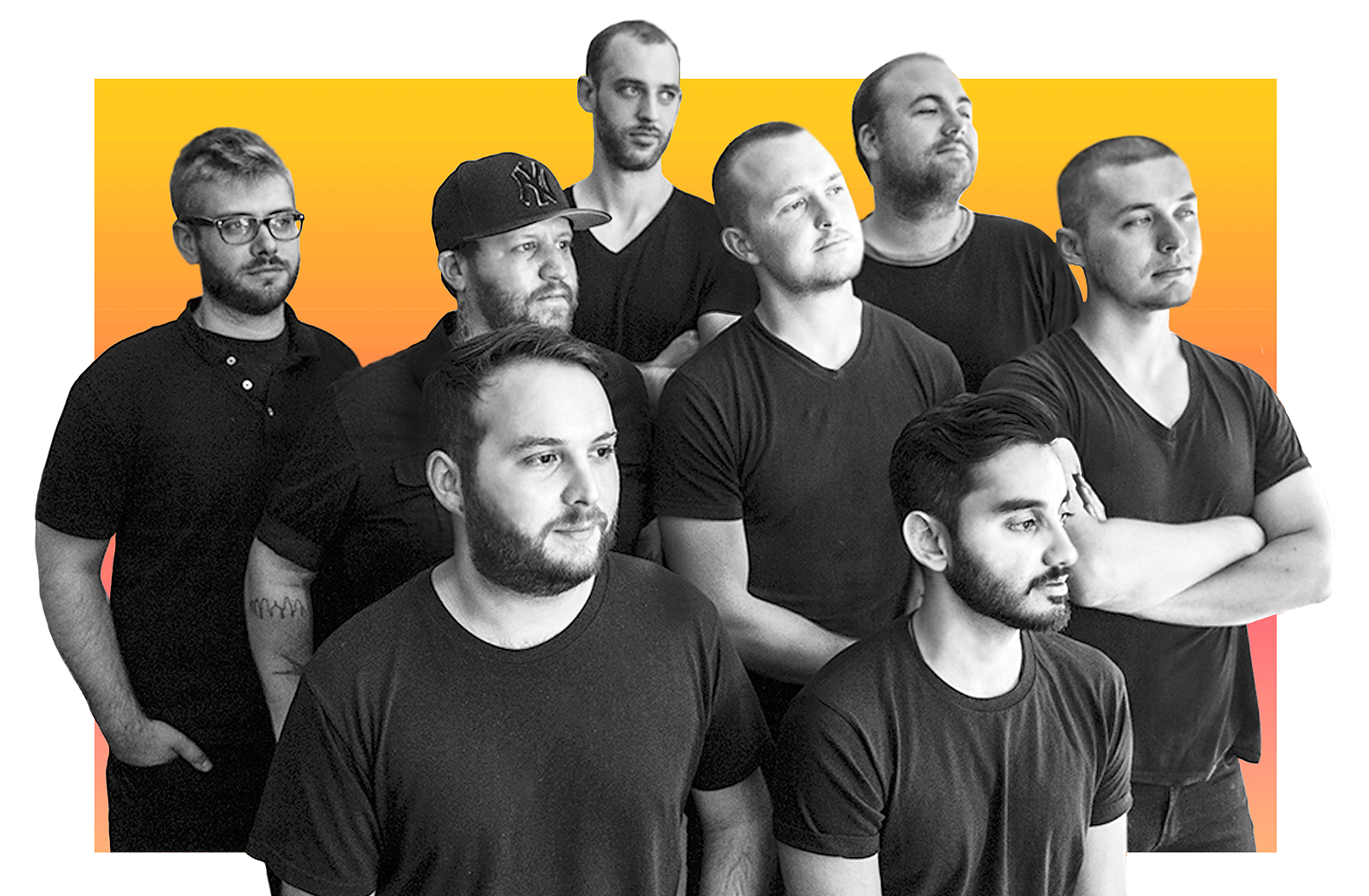 By Pete OverellFebruary 8, 2019 No Comments

Aberdeen‘s Downpour is a gift for those of you who struggle in the mornings, unleashing nine tracks of upbeat rock and jazz fusion to inspire your days, allowing you to get the most out of life.

“It Was Here” opens Aberdeen‘s debut album Downpour, taking you from nought to feel-good in a matter of seconds. The band‘s eccentric and warm horn motifs give your soul a great big jazzy cuddle and set you up for a quality 36 minutes of music. Right from the offset, you’re introduced to the full spread Aberdeen offers: big band horns mixed with piano, acoustic, and electric guitars, and a brilliant percussion section. The resulting sound is that of a big band fusion act, with a folky/post-rock vibe to it, immediately separating them from other bands who play a similar style.

As mentioned, they’ve crafted some extremely simple, yet very hard-hitting motifs, and the one in this opening track really stands out from any I’ve heard, probably since the excellent opening track of Snarky Puppy‘s Culcha Vulcha. This theme is employed by the band in three sections over the course of the song. Each time it surfaces, the band tweaks their sound slightly to make it sound even larger and hit heavier than before. They describe themselves as maximalists, and that really shows as they bring the final chorus crashing in, after building up with some really smooth, dreamy brass, and a deep percussion layer.

Aberdeen is from Brooklyn in New York, comprised of eight members with two saxophones, trombone, trumpet, two guitars, bass and drums. With three primary writers, there is a wide range of sounds explored in the 36-minute album. “Toward The Sky” is an introspective track which dips and troughs its way to a bombastic climax, whilst other tracks like “Unspoken” kick in straight away with the melodic motifs, getting straight to the point, instilling a warm, fuzzy feeling inside of you.

The production of the album is exceptional, with the result being a huge wall of sound that completely envelopes you. Each instrument is considered equal, from the drums to the acoustic guitar, and the instruments mesh together brilliantly. For this reason, the indie/post-rock parts work really well; having that space without the thick brass layer allows for maximum contrast when they kick back in and fill the mix to the brim with rich, warm sound.

Title track “Downpour” is a really emotionally charged track for me. The motif used this time can be interpreted as being quite uplifting or introspective, feelings compounded later in the track by the amazing horn solo section. Here you can either feel recharged and ready to fight the day, or like you want to be wrapped up in a blanket at home, which, for me, makes this song just that bit more special. Whilst some bands push out songs that are single-faceted, and some jazz is so meta that you can’t work out what you should be feeling at all, this song gives you an easy choice.

Aberdeen is certainly easier listening than other big bands like Kamasi Washington or Blameful Isles, but don’t let that put you off. These songs have been masterfully crafted for the maximum enjoyment of everyone, instead of targeting those infatuated by the new round of complex, cosmic jazz being dabbled in nowadays.  The band show this talent later in the album. During the song “Reprise”, the band cleverly reuse the motif from “Downpour”, whilst adding a whole new layer of strings that completely change the direction of the theme and feelings conveyed in the song, showcasing a real maturity in their songwriting.

After each listen, I feel like I want more of Downpour, and having seen the band’s apartment set on YouTube, I’m excited to see how they’ll expand these songs live with intricate solos and the use of choirs too. You might find them hard to follow because they have used two very synonymous words that bury them on Google – Aberdeen and Downpour – so be sure to check out the links at the top of the page to find their music!