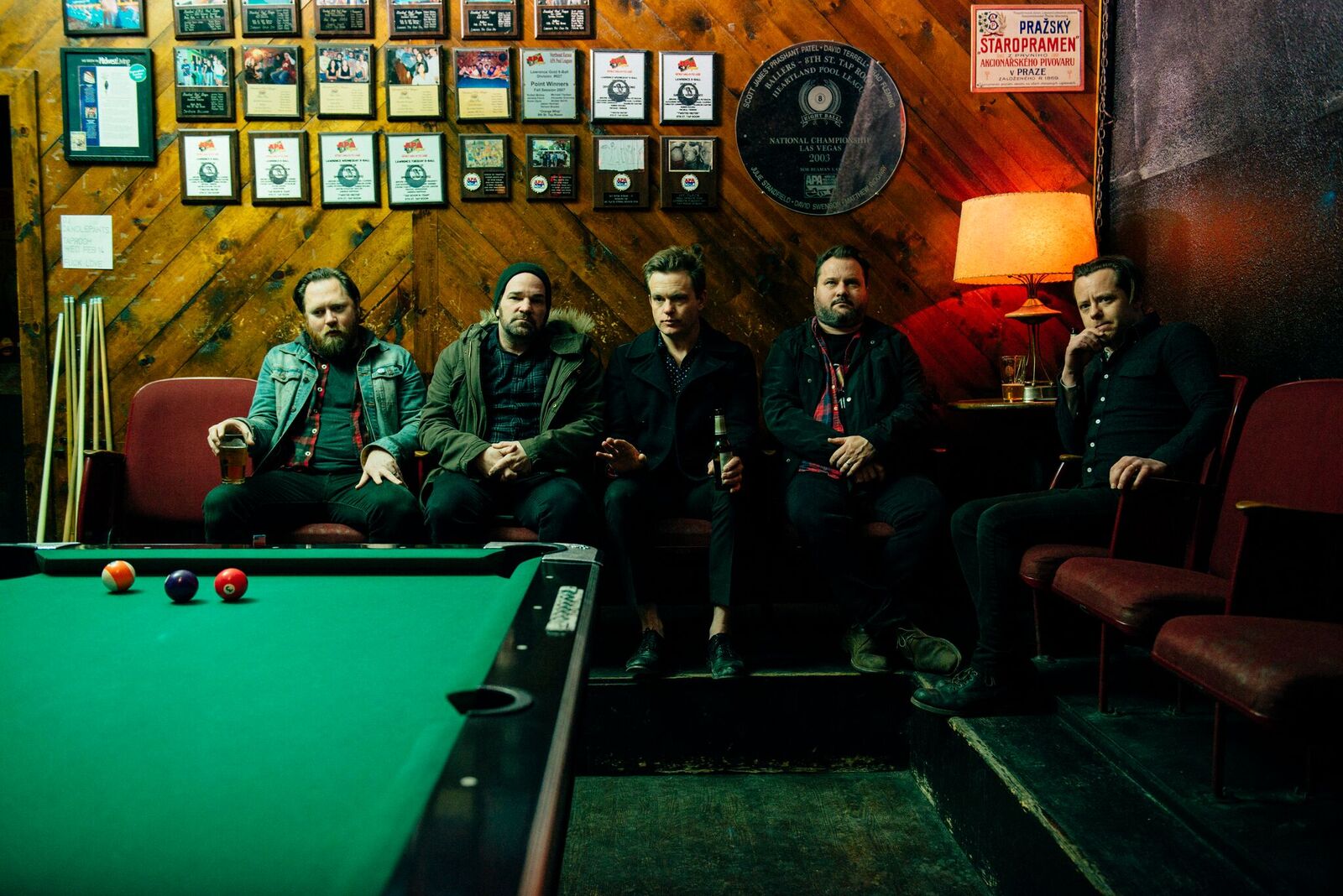 By Rodney FuchsMarch 7, 2019 No Comments

‘A big part of the reason why we started writing new songs in the first place is that we have things we want to say about this moment in time. We’re still so connected to our past and where this all came from – it’s definitely a celebration of the fact that we still get to do this.’

With this statement Matt Pryor, singer and guitarist of The Get Up Kids, says why the band needed to do new songs. The new album marks the first new release since 2011′ There Are Rules, which the band put out through Quality Hill Records. Now the band finally announced their new album Problems, which will be released on May 10 via Big Scary Monsters. It features problematic topics thus as ‘life-changing loss to loneliness to the inevitable anxiety of existing in 2019’.

“Satellite” is an easy-listening track that slowly builds upon a catchy hook. The chorus features the band’s pop-punk elements with an uplifting vibe and a harsher sound. Overall the song fits pretty good in an alternative rock outfit that is slightly touched by indie and pop punk. Lyrically the song reflects out of singer Matt Pryor’s personal life, as he says:

‘I started writing ‘Satellite’ about my son who’s 14 and a total introvert – not antisocial, he just genuinely likes to keep to himself. But then somewhere down the line I started singing about myself – about how even when you’re playing a show to a room full of people, I can still feel anxious and isolated.’

The video for “Satellite” shows a ‘person’ (Hank) made out of boxes that starts his normal day-routine. Starting the day, trying out some different clothes, going to work to nap in during a meeting. Afterward, the box-person goes out for a drink, buys some snacks and gets on his couch for a movie. The plot basically ends with the protagonist falling asleep and dreaming of a space-travel while floating away in the darkness. On a metaphoric level, The Get Up Kids criticize the monotone daily routine with a character that doesn’t need to be classified by any looking. Said character is to become the satellite that is sung about in the song.

Overall the visual aspect of the song is very cute but also follows a strong storyline. The further explanation goes by Kerstin Ebert, who directed the video for “Satellite”:

‘The feeling of being isolated in a big city can be depressing. But instead of making this a sad story, I added a cardboard man named Hank to the storyline – a guy who lives like a normal human being amongst 8 million other people in New York City. Even though Hank’s adventurous ambitions as well as his facial expressions are very limited, he is the heart of the story and the biggest dreamer of all.’

The tracklist of Problems is the following: